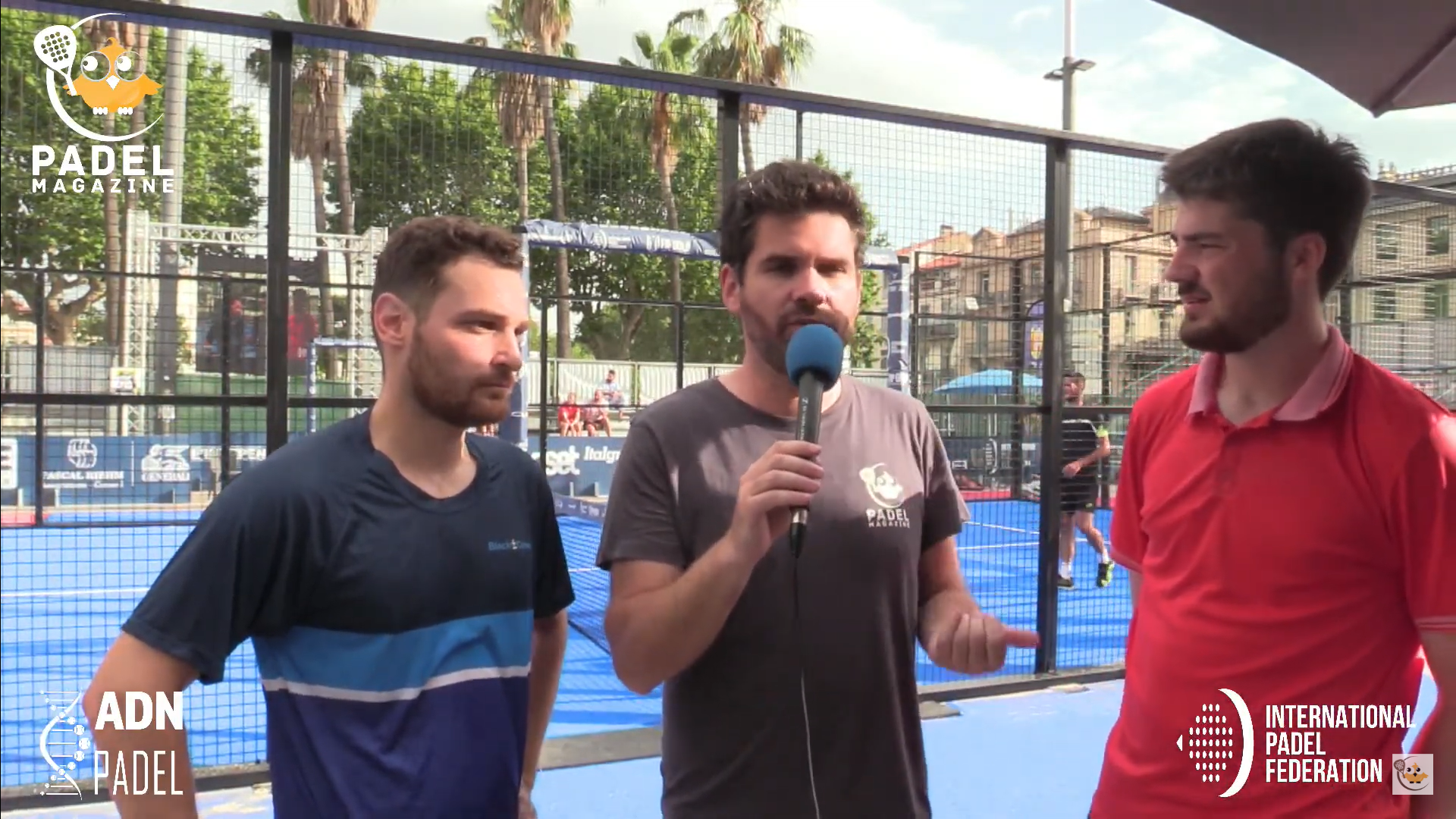 Qualified for the 8th finals of this FIP Gold Perpignan, Ludovic Cancel and Dylan Guichard went to the microphone of Padel Mag to look back on their victory in 16th against Xavi Rodriguez and Belar Vera.

“At the time of the interruption, we said to ourselves that it was not serious”

Padel Magazine : What a game guys! How did you feel after missing that match point at 6-4 5-4 punto de oro, and right after that came the rain that interrupted your match for 20 minutes?

Dylan Guichard : “A little bit frustrated because we were playing very well. We didn't know it was going to be interrupted, so we stayed in our game.

We really played a very good game, we were really confident and at the time of the interruption we said to ourselves that it didn't matter because we had the service behind. During the match we had only made service games where we were not too disturbed. I believe they went to 30 max on our service games (apart from the last one) so I was pretty confident and figured it was going to do it. »

Padel Magazine : When you saw David Mateo arrive and say to you “no guys, let's sit down”, did you really say to yourself “It doesn't matter, we'll wait a little bit”?

Ludovic Cancel : “In any case, we have no choice (laughs), so obviously we were in our dynamic. We may have hoped to play directly, but it was slipping so well…it's the game we play with and we have to adapt to the conditions. »

Padel Magazine : Did you find compared to Perpignan that you played better, and that you perhaps had your best game together?

Dylan Guichard : “Both of them for sure and I think that in general, from an individual point of view, it is one of my best matches. Afterwards I think that in Perpignan, apart from the final, we still had some very big matches. It's still a reference match for us. »