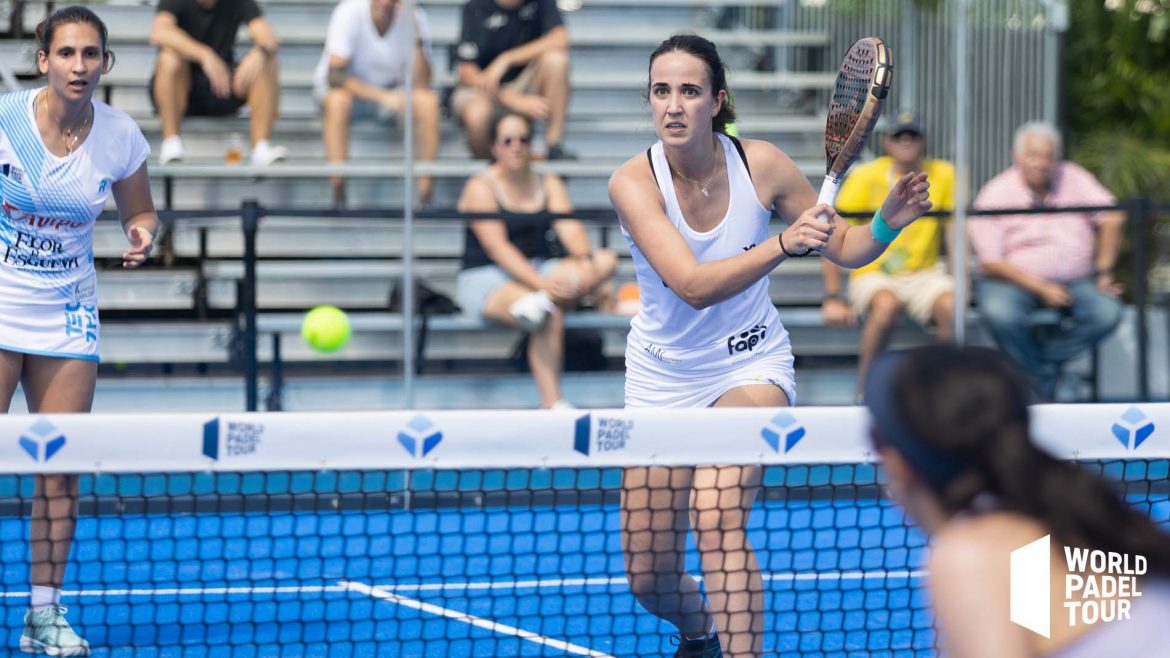 From the official Varlion store, Carmen Castillon looks back on her atypical journey at Blockchain.com World Padel Tour Miami Open. The one who now plays alongside Melania Merino will play her very first round of XNUMX tomorrow at a WPT Open. While waiting to face Patty Llaguno and Virginia Riera, she looks back on her victory with her new partner Melania Merino against the Mexicans Cabrejas and De La Peña.

A day to organize a trip to Miami!

“We arrived in Miami thanks to the Lucky Loser draw (Editor’s note: following the package of the Marrero/Sainz pair). We lost in the last round of the tournament previa against Clasca/Cortiles and the organization called us two days before the start of the main draw to find out if we wanted to take part in the draw.

We were drawn and it was totally crazy: we had to get our tickets and organize this trip to Miami in less than a day!”

A first eighth on a WPT Open

"This is the first time I'm going to play an eighth on a WPT Open. It's incredible, playing on these tracks, in this incredible atmosphere, it's just wonderful. I couldn't ask for more!”

"With Melania we have very complementary games. She is very intelligent on the track, she has fabulous shots. I am a very aggressive player while she is more relaxed. We are a bit the ying and the yang. Yesterday the match was not easy, the girls arrived with the confidence of having won the tournament of Wild-Cards and they played very well. They were also more used to the conditions since they had played several games here, but in the end we got on well with Melania and we were able to come away with the victory.

“I am very happy with my new pala Maxima Summum Prism. It is a pala focused on control but also powerful. What I really like is the fact that there are two types of rubber: one for summer and one for winter!”

To find the interview in its entirety (in Spanish), it happens just below: