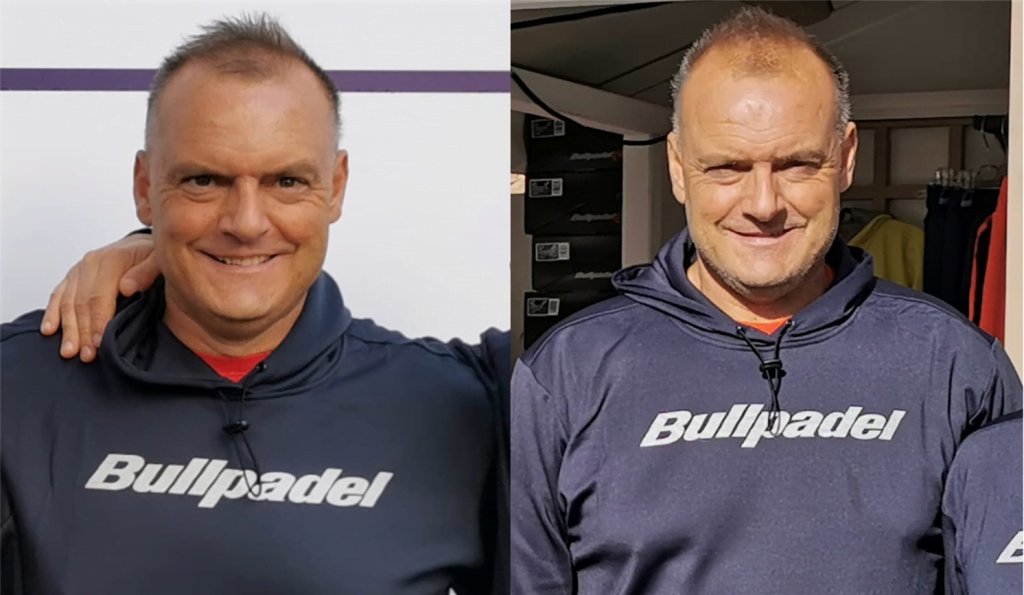 Le President of the regional padel commission of the PROVENCE ALPES COTE D'AZUR league, Christian Collange, offers us an unfiltered interview with the negative and positive points the development of padel in France and the important work carried out in PACA.

The PACA LEAGUE: a padel locomotive

We have put in place, with my committee and the remarkable work of the permanent staff / employees of the league, a lot of things for 3 years. Perhaps less this year which is a little white year, even if we have worked a lot.

As a reminder, we have created the first team championships (men, mixed and young) with finals which took place at the beginning of the year with nearly 100 teams who participated in these regional championships. All the finals took place on one day, one site: it was the padel festival!

We also created the first youth circuits (-16 years old) and senior over 45 years, as well as gatherings / youth detections in direct relation with teachers and padel schools.

We organized the Final Master of FFT Padel Tour last year in Marseille and many other important tournaments.

We try to be as close as possible to the clubs and available for them in supporting the establishment of structures and development.

Once again, whether it is our league president, the committees, the staff, everyone believes in the evolution of our sport, knowing that there is still a lot to do ...

An honorable evolution of padel but ...

Padel has evolved exponential for 5 years. The site is immense.

As for the competition, the number of tournaments exploded, organization and monthly ranking management also, theintegration of women in men's tournaments is a very good thing.

But we must not not just focus on the competition and the elite.

We really have to get closer to clubs and private structures. We need to help them more effectively and not just financially.

The clubs must be better supported with a plan and clear directives on the medium term. I hear the many players in French padel railing about the lack of visibility of the FFT's policy. I believe that there is a lot of work to be done at this level.

We must put this in place as soon as possible padel diploma that everyone is waiting for to structure the padel schools and have a teaching unit: it is essential now. Taking care of young people, and women's padel must be a priority.

Clubs should be at the center of the program. We must propose padel animations for all and as many people as possible. We must take advantage of the FFT PADEL TOUR to do what we have not done or not done well enough so far. The discovery of sport, leisure, this is the heart of our sport.

Padel projects soon to be completed

Teacher's diploma (TFP) : still a little patience. I know the clubs have been waiting for this for too long. This file actually dates from the integration of padel into the FFT. A recurring file which should finally be “a closed case” for the end of the year, beginning of next year.


Since 2018/2019, the FFT has taken the case head on. And the work will eventually pay off and thus allow for clearer padel instruction.

Padel school specifications: it is one of the priority projects today. Education is a key to allow our sport to evolve and aim for the long term.

The network of padel courts in the territory : too many regions are still without land while others are exploding. The mesh is done little by little. There is still a lot of work to be done on this side.

Today, it emerges that the FFT must be fairer with all of its authorized and affiliated clubs. It's the same family. And unfortunately I find that sometimes there is a too big difference in treatment between private and municipal clubs. We must absolutely not oppose each other. But the policy of the FFT inevitably causes discontent. We need to better control financial aid. The FFT must lead by example.

The PACA league: a pioneering league

Within our league, which is a bit of a pioneer in certain areas, it would be necessary and we have started to share information with the other leagues, to create a unit and why not quickly a French team championship, a circuit young across the country or at least in each league and then a final phase, ditto for seniors plus, you have to start the machine.

In PACA, this next season, we want to improve what already exists by collecting information from padel players, creating an inter-company championship, a P25 circuit focused on development and animation. 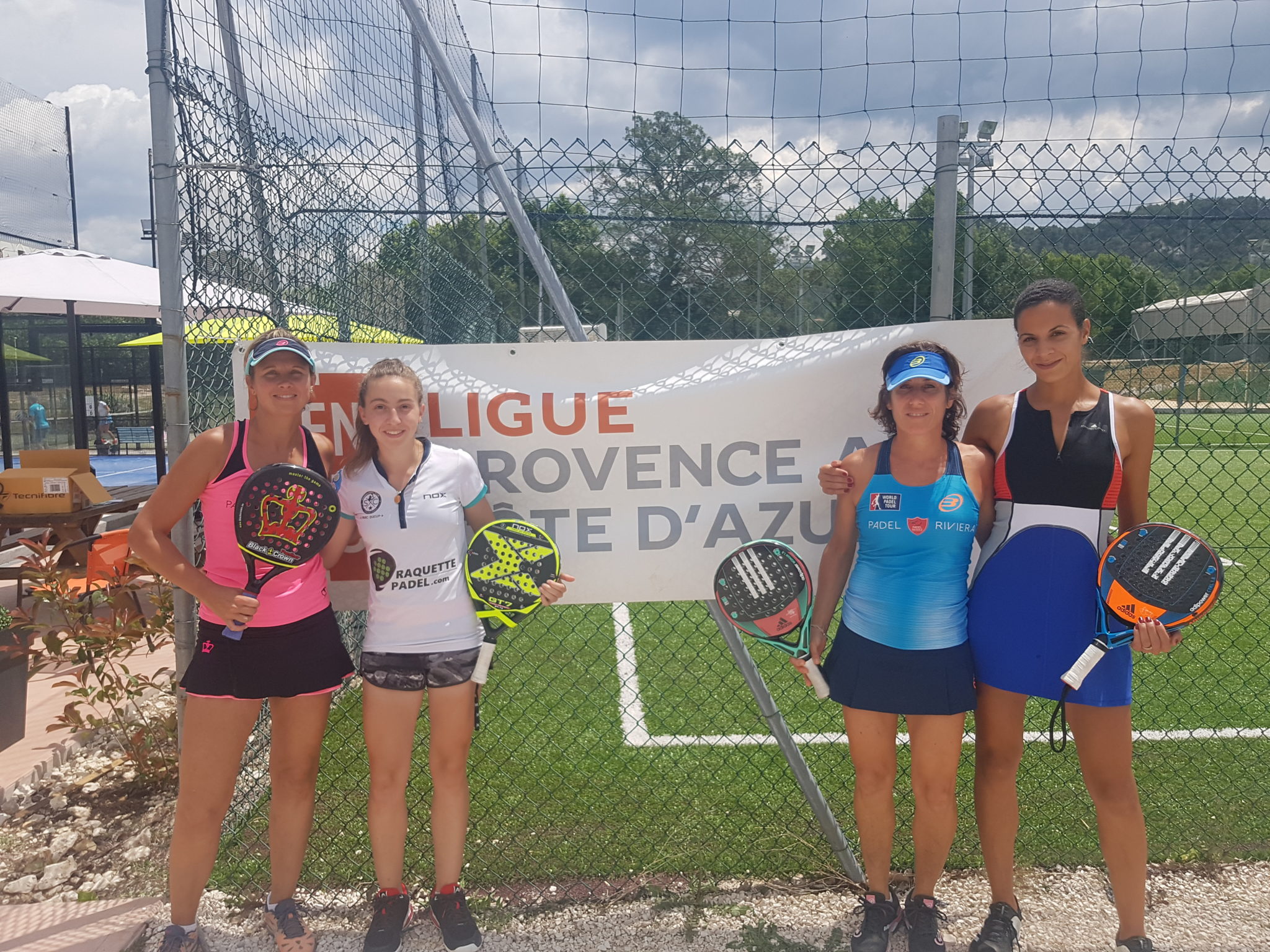 No trial of intent on the FFT

We cannot criticize the fact that the FFT does not put money on the table. We hear a lot of things around the FFT. I believe in being as factual as possible.

Yes there is things that are wrong. And the consequence is, for example,Association of Private Padel Clubs. Private padel clubs have organized themselves to be heard. I think they were right.

The FFT subsidizes many municipal clubs and has invested heavily in the elite circuit. Of course these are good things. But can we not optimize all this investment?

For example, to continue working with this policy at a very high level but also to offer an ultra amateur circuit in city centers? Why not bring it all together. In my opinion, we may have tilted the scales too high. And we put aside the essential: the life of the clubs, the leisure in the padel.

Leisure padel: the most important

I would remind you that in Spain, leisure padel is the center of the policies carried out by the Spanish local federations. The professional part occupies a much smaller place in my opinion than in France.

This leisure / exhibition / high level padel formula was incredibly successful during the National Padel Cup at the Cap d'Agde International Center. I remember it was in 2014/2015. We still remember it 5 years later with an incredible world that we never managed to carry elsewhere despite all the money spent.

It's time to turn to the formulas that work.

The competition can take off

Now that the network is taking effect, we can finally have real qualifying departmental phases for the regional phases of the French championship, continue our youth gatherings, but why not create gatherings of padel teachers to exchange around a friendly animation etc ...

Cohabitation between public and private

From the start, I have insisted on the fact that we really have to get closer to private structures. They have invested a lot in padel, are at the origin of the development of this wonderful sport. And the FFT and the padel world more generally owe them a debt of gratitude.

But we can't get closer to these private clubs only when we need their structures for competitions (because they alone have many fields and indoor). They should feel supported, helped and part of the same family.

There can and must be cohabitation between public and private in the interest of padel development: this must come from federal authorities. We have to federate all of this and integrate them into decisions and development.

The FFT structured the activity and this was essential. We must now get closer to all the players, starting from the base, so the clubs and structures.

If the association of private clubs was born, it is because they had been completely put aside. They must be heard in the same way as all the clubs without any distinction.

For the FFT PADEL TOUR but not like this

I am for the FFT PADEL TOUR, but not in the current conditions.

We need an elite circuit for our best French players. they have charisma and they convey a very beautiful image of our sport.

This circuit has an interest, with a very strong development: each step must be a padel party, with a last weekend filled with the public, with novices.

Let's set up before each stage, a school tournament, young people, a tournament between local companies, make the finals, semi-finals of these animations before the bests' tests, VIP exhibitions, as well as the awards ceremony for all in at the same time: there we will have people, families, members to see great matches ...

The league, the committees concerned, the clubs and the host structure should be integrated much more. 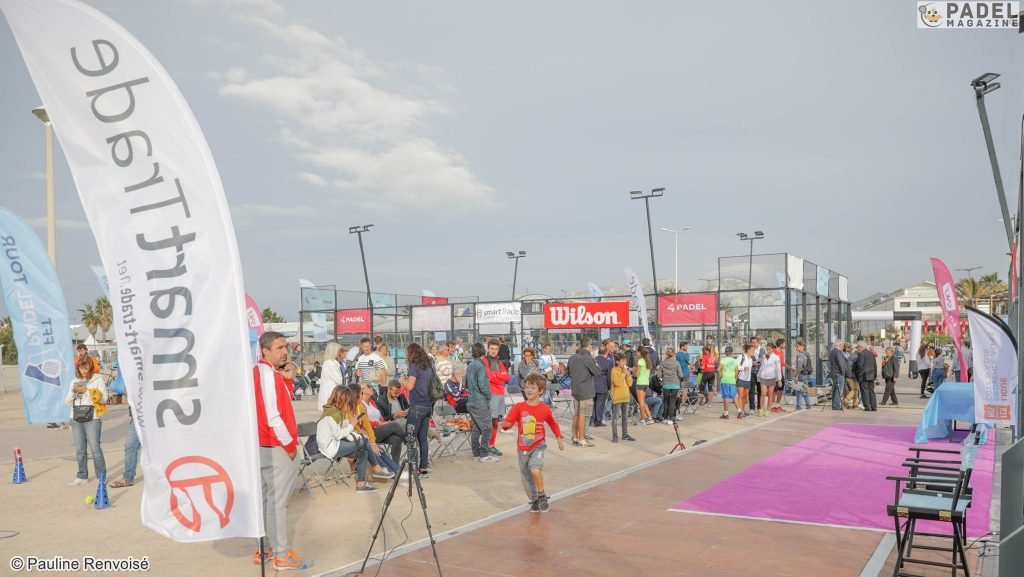 No matter what happens to me

For next year, no matter what happens to me, we must above all continue to develop our sport, develop leisure primarily, padel for all, develop women's padel, education, better communicate on the padel, but first of all that we can practice our sport everywhere, which is not currently the case.

Let us federate all the actors, in the interest of development: whether I am in place or not, this sport should not be managed by certain people. oversized ego.

The padel will be essential in our country if we manage to create a padel unit, by putting the club at the center of everything.

On the political plan

I am loyal to my league president, I have nothing against anyone, on the contrary, a lot of good things have been done over the past 3 years.

The program of the team composed of GILLES MORETTON, ARNAUD CLÉMENT, completely corresponds to my vision of my sports (tennis and padel), this is why I support their project which seems to me to respond perfectly to the needs of clubs today: sport must be put back at the center of the project

I love this activity and I am available for its development, I have come from club life for more than 30 years, so available from the moment the project meets my expectations.