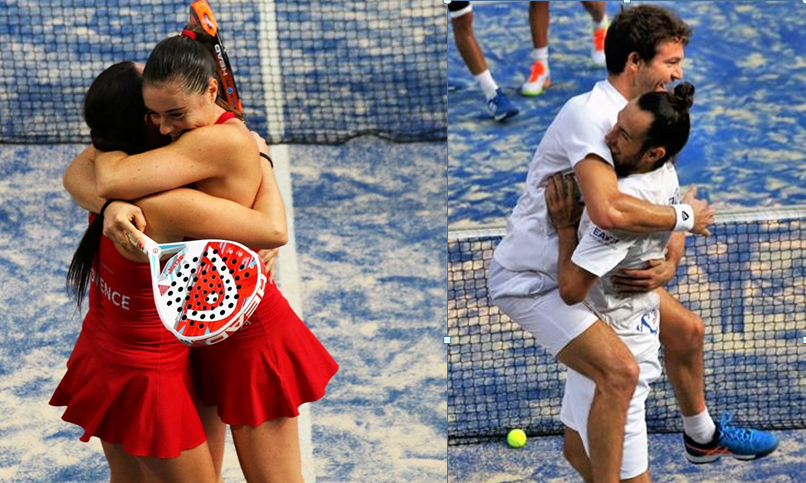 This weekend, during the French championships of padel 2016 to Padel Attitude, Clergue / Casanova (women) and Haziza / Scatena (men) are once again French champions of padel. The southern leagues have also struck again. But in this bed of sun, Mathieu Lapouge and Fabien Veber, the Parisians, went through the meshes of the Provençals to obtain their ticket for the world championship in Lisbon. Back on this crazy weekend! 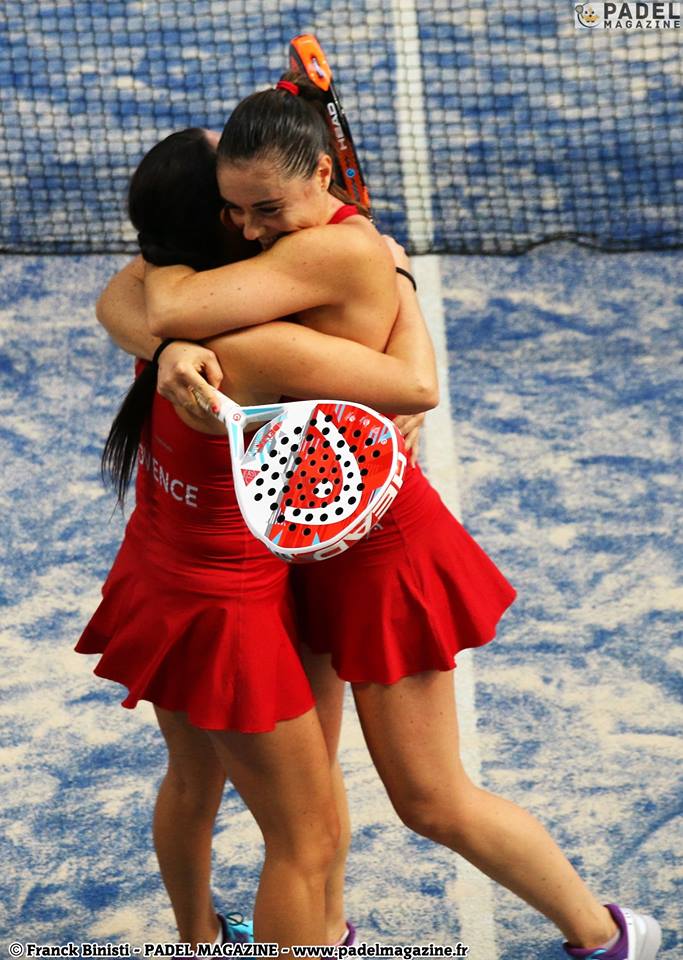 For the moment in the French landscape, the pair that hits every shot is the pair of the league of Provence Clergue / Casanova. They were imperial throughout the duration of the competition. Worse, they left nothing to their opponents. No tie-break to put in the tooth, no sets lost, games were mastered from start to finish. Their first opponent was therefore to fall into the deconcentration not to say at times in "a disconcerting ease". And they answered present.

However, on paper, there was the 2nd French pair in half Godard / Sorel who had shown great things since the start of the tournament but helpless against the power of the French no.1. In the final, we had Damiano / Berard, the surprising finalists that we did not necessarily expect at this stage of the competition and who gave the French champions a hard time. padel… But again, not enough to really put Clergue / Casanova in an awkward position.

There is also the surprise Lovera / Pironneau who stops at the quarter stage against a very impressive pair: Collombon / Ginier. Two pairs Lyon for a place in half, and it is ultimately the less experienced who pass.

The pair Midi-Pyrenees Meites / Vidal had to say goodbye to this place for the world. They went to a super tie-break of the rescue. Match with the knife against the runners-up of France 2016. But Laurèn Berard's match made the difference thanks to her great regularity in the hot moments.

Haziza Scatena over the fray

If the Haziza / Scatena pair again became the French champions of padel, we see among the men, a competition which does not cease climbing. Pairs from all over France were able to show that there was room for them to qualify for the World Cup next November in Portugal. 4 places to take. And the least we can say is that there were many battles on the courts of the Lille club in Padel Attitude.

In Pool A, the famous hen of death, 2 pairs are coming out in extremis: Ritz / Mannarino who could have seen his adventure stop there and Boulade / Gauthier not gone away either to be ousted from the final table . It is finally Morillon / Bergeron who pays the pots broken despite a very good level of play and the surprising pair Midi-Pyrenees Masse / Roumy whose walking was a little high in this hen for her.

Decidedly you shouldn't be from Lyon this weekend. How not to tell the story of the other Lyon pair Authier / Lopes in Pool B since it passes a few games of a qualification. Indeed in this pool we had 3 pairs tied on points with Moreau / Bensadoun and Lepanse / Carité. And it is once again a Lyon pair who after counting the number of games won / lost will have to leave their place for the final table. If the last match won by Authier / Lopes does not have a direct consequence for her, it will have a terrible one on the pair Carité / Lepanse who suddenly found themselves 2nd in pool and therefore in the quarterfinals against the French champions of padel against which they will not be able to do much.

In Pool D, Veber / Lapouge and Boissé / Devrand came out of the Nordic hen. But how can we not remember this crazy game for the place of 2e pool between Boissé / Devrand and the local pair Romanowski / Dulion. A match that ended in the super tie-break with points from the planet Romanowski!

In the quarter-finals, if all the matches have been close, the Boulade / Gauthier Vs Lapouge / Veber match will be a milestone. There too, a match that ended in the super tie-break and that allowed to send the Nordic pair to the halves! The pairs of the league Provence will remember these famous Gauls! Remember that it is also they who will block the road to the interregions Ferrandez / Fouquet. 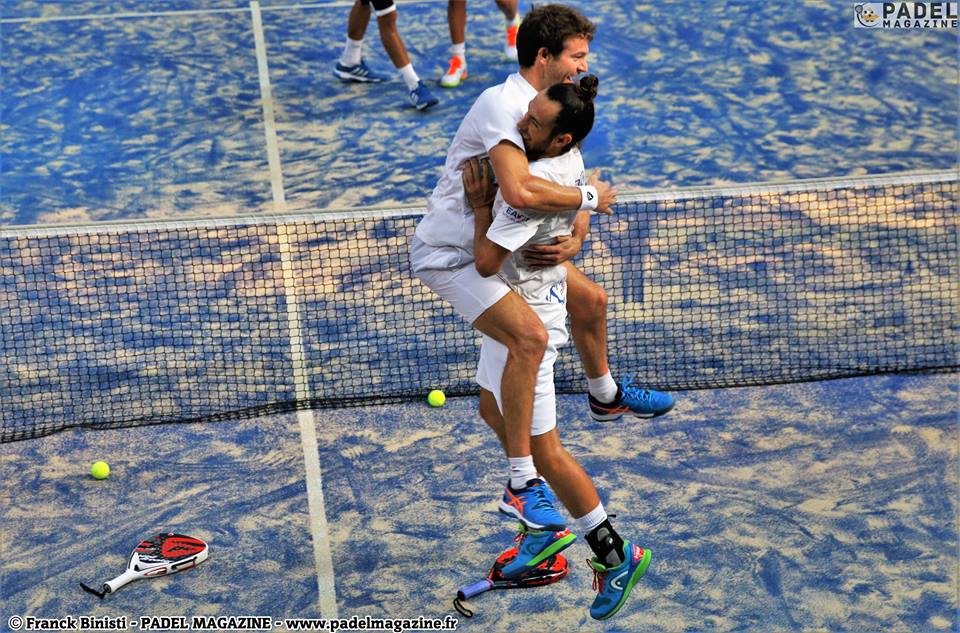 In the final, it is a final 100% azuréenne. Moreau / Bensadoun was able to show that she was a dangerous pair but not enough to beat French numbers.

The qualifiers for the world championships padel are: 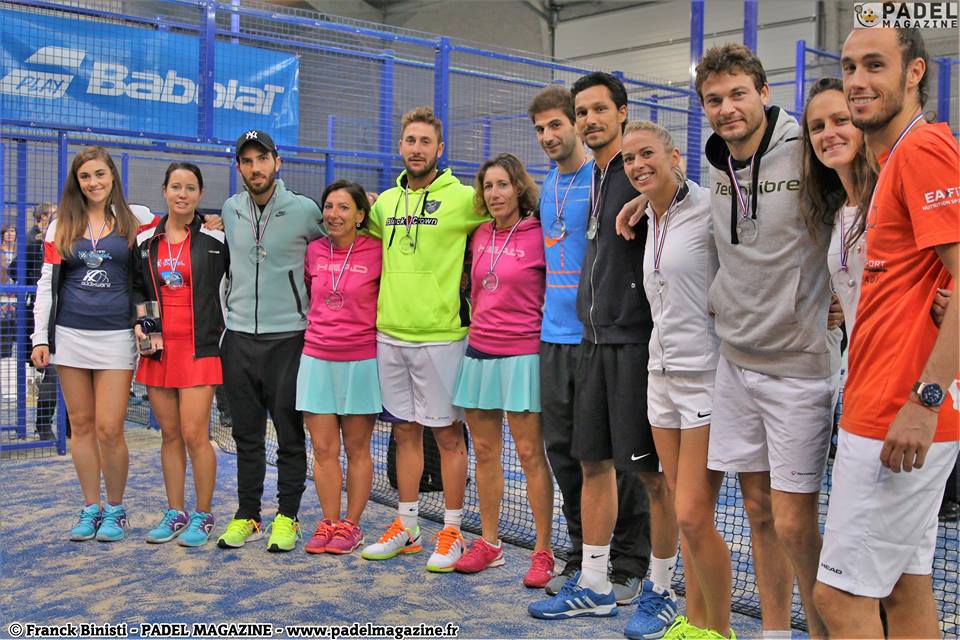