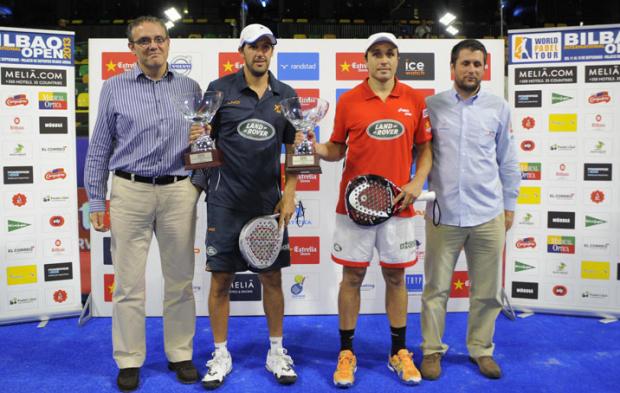 Padel Magazine - Yesterday afternoon, Juani Mieres and Pablo Lima were in “conquistadores” mode on the central pitch of the Bilbao Arena. This final, they wanted it against the world numbers 1. They got off the ground, winning the first set 6/4.

But now, Fernando and Juan are not kings for nothing. They made a little less of a mistake and the following 3 sets fell into their purse.

This victory perfectly illustrates their superiority on the pro circuit. They are now at 20 consecutive wins and 8 titles this season including 4 in the following ... This is reminiscent of the domination of Nadal and his victories in recent times ... There is more than one thing to say: "Long live the Kings!"