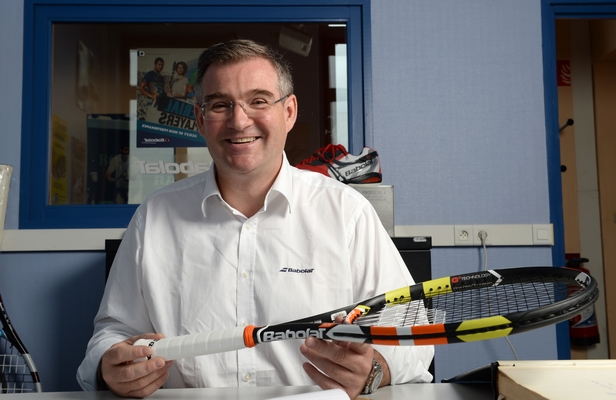 Babolat, the tricolor brand of the world number 1 Juan lebron give at Europe 1 his definition of padel. A nice definition with a touch of humor.

“In tennis we play and maybe after that we will have a drink with our partner, while in padel we have a drink and then maybe we will go and play padel.”

About the president of Babolat, Éric Babolat, on the radio, made talk in the middle of the padel. The brand that sponsors world number 1 Juan Lebrón, Rafa Nadal, current world number 2 in tennis and a good padel player, has made itself heard again in recent days by sponsoring  the international circuit of the APT Padel Tour.

What to think of the words of Eric Babolat? This is a question that has been asked by some Internet users. Some had fun by congratulating the President of Babolat for speaking padel on the radio. Others were surprised to hear these words on the padel. Here is what we heard:

TDo all the people who play padel get together for a drink? ”

Obviously, the words of Eric Babolat are to be taken with the second degree. Babolat is a brand very invested in padel, proof in particular with the sponsorship of world number 1 Juan Lebron, and champion of France Bastien Blanqué. You have to see this comment, as a way of saying that in padel, as in squash for that matter, we like to meet up after a good game.

Many tennis players who play padel say they find an atmosphere lost in tennis. One of the strengths of our sport is friendliness. Padel has a strong social dimension, which allows the meeting of new people, from all sports, and from all backgrounds.

But whether in France, Spain (where the number of padel players exceeds the number of tennis practitioners) or elsewhere, padel is also a very technical and physical sport when practiced at a good level, and obviously more than an activity as a pretext for a drink. (Well, it may depend on who… :))

- physical and mental benefits of the practice padel, tennis and all other sports are plentiful.

You can find this passage from the president of Babolat in the 17th minute of the report below.

Link to the interview Europe 1

And you what do you think?