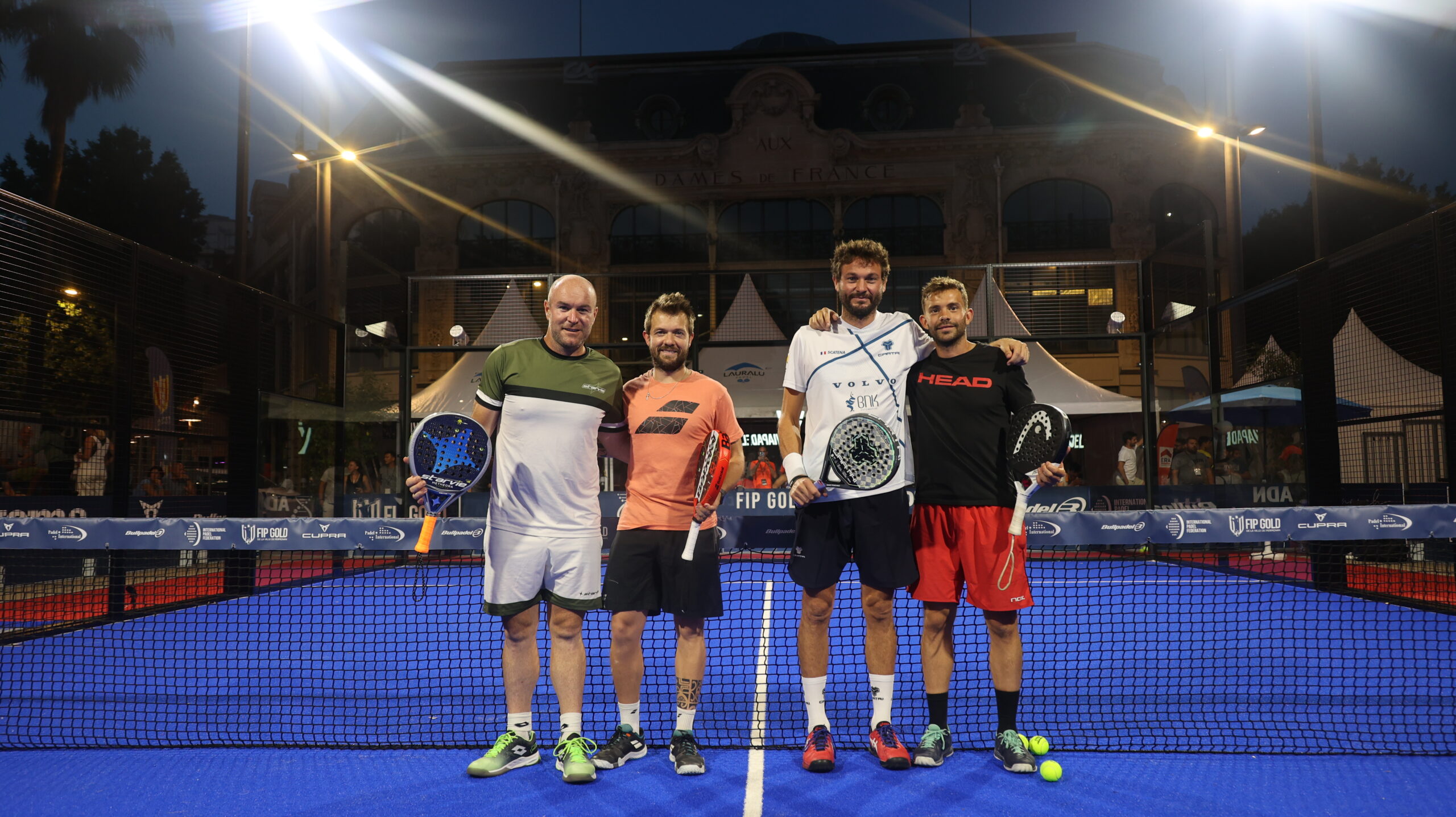 This first day of the final table of the FIP Gold Perpignan had a particularly Franco-Spanish taste. Indeed, during the day, only two nationalities were represented, we let you guess which ones… Discover the results after these first 8 matches!

The French delegation came in large numbers for this first FIP ​​Gold on French soil. With ambitions? Of course. Benefiting from the support of a public mixing aficionados of padel and passers-by curious to see a new spectacle, the Blues were in ideal conditions to give the maximum of themselves. Opposite, all matches involving French people involved at least one Spaniard. Suffice to say that it was a real France-Spain.

And our tricolors knew how to sublimate themselves today. Ludovic Cancel and Dylan Guichard were the first to open the ball for qualifying for the round of 8, beating Xavi Rodriguez and Belar Vera 6-4 6-4. Behind it are Quentin Ayuso and Maxime Forcin who knew how to imitate their compatriots. They were then joined by Max Moreau and Jérôme Inzerillo.

Then the highlight of the show was the last game of the day with 3 Frenchmen. Despite an “unbalanced” poster on paper, we were treated to a very good match in 3 sets, which nevertheless saw the favorite pair composed of Jérémy Scatena and Adria Mercadal get the better of Loïc Le Panse and Nicolas Trancart.

The results of the day: