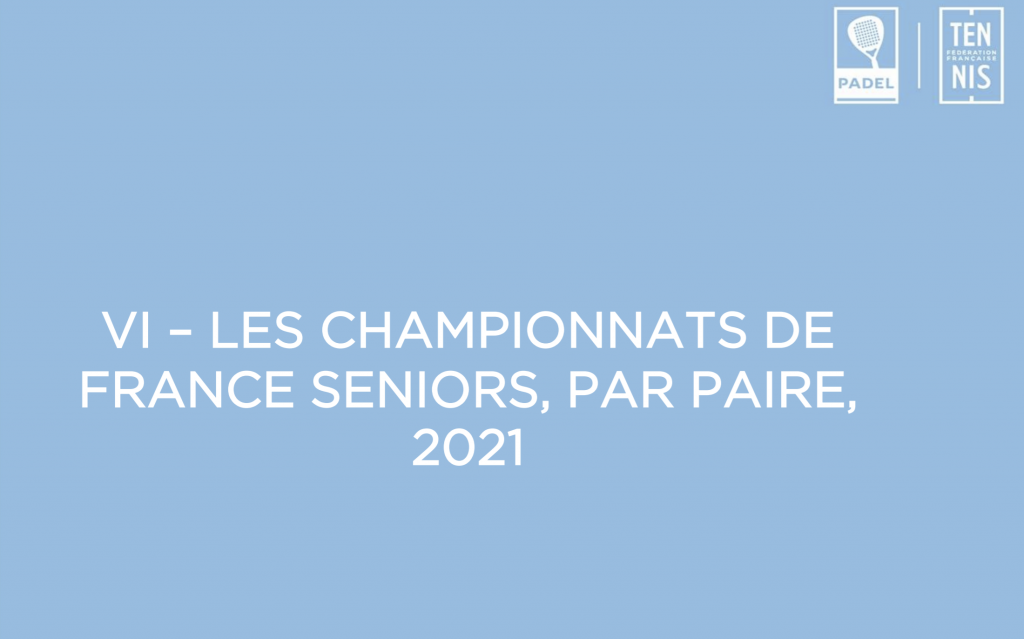 - French championships padel 2021 will take place from 24 26 in September. A somewhat special final phase since the European Championships should take place this year from 28 June at 4 July 2021.

So there will be no qualifying places to be part of the France team in 2021 since Europe will take place before France.

The 2021 Competition Guide specifies the modalities of these French championships of padel :

The 2021 French Seniors Championships Padel break down into 2, or even 3 phases, depending on the organization specific to each League.

- The departmental phase, qualifying for the Regional Championship. This phase can be organized by certain Committees, but is optional. The dates of the departmental phases are determined by each League (for any information, please contact your Committee or your League).

(Leagues are advised to exempt the best pairs from the departmental stages and qualify them directly for the regional stage).

THE RULES OF PARTICIPATION

The 2021 French Seniors Championships Padel are open to players:

- FFT licensees on behalf of the 2021 sports year, and whose license date meets the deadline conditions set by the League to be able to participate in the Regional Championship,

- belonging to the age category 16 years or above. Please note, both players must be licensed in the same League (and not necessarily in the same department!)

Specifications of the French Championships Padel 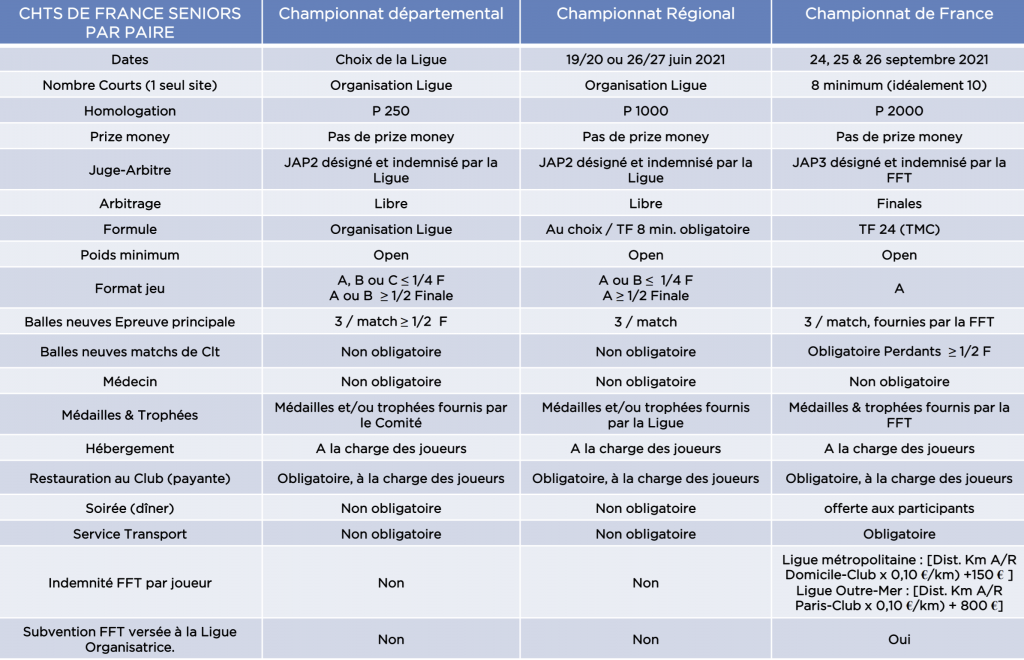 For departmental or regional Championships, if less than 4 pairs participate in the event, it will not be approved, but one or more pairs may naturally be qualified for the following phase.

In any case, the League will qualify a pair for the French Championships, even if only one pair has registered for the Regional Championship.

A player can only participate in one Regional Championship.

PLEASE NOTE: since the departmental qualifying phases and the Regional Championship qualify for the French Championship, the “Lucky Loser” rule does not apply.

Each League may qualify from 1 to N pairs, female or male, for the French Senior Championships.

The League Champion pair will automatically qualify; the League may then indicate on its entry form a maximum of 9 other qualifying pairs having participated in the Regional Championship.

NB: a pair registered for the Regional Championship but having had to declare WO for medical reason, may however be registered by its League (the WO must be justified by the presentation of a Medical Certificate).

Also, for each event, 24 pairs will be qualified:

For more information and details, direction the 2021 Competition Guide.