Koji Nakatsuka is the president of the Japanese Padel Association, and Asia-Pacific committee of the FIP. Padel Magazine meet him to talk about the development of padel in Japan, as well as across the continent.

An original way to attract players

Lorenzo Lecci Lopez: How did you get into the world of padel, and how did you reach the presidency of these two institutions?

Koji Nakatsuka :“I was born in Paraguay, and I grew up there. So I got to know the padel over there in 1993, when the snowshoes were still made of wood. So I started on padel, and until 2002 I played there in Paraguay with my friends. ”

“I arrived at Japan au 2002, and the padel did not exist there at the time. In 2013, padel arrived. I am not the person who brought the padel in Japan, but from the first day when the first land of padel was built in Japan I started playing again. ”

“I started to help broadcast of this sport, and we started to create what is the current federation. At that time, no one knew the padel here, and it was very difficult to make it known. So we organized barbecues for people to come. People weren't taking pictures of the padel, but meat! They then broadcast the images to their friends who also wanted to come and eat meat. This is how we got our first followers of padel in Japan."

“In 2016, we formalized the JPA (Japan Padel Association), and we entered the FIP to organize the padel. I applied for the presidency, and I've been there ever since. We work for the development of padel au Japan and throughout the area Asia Pacific." 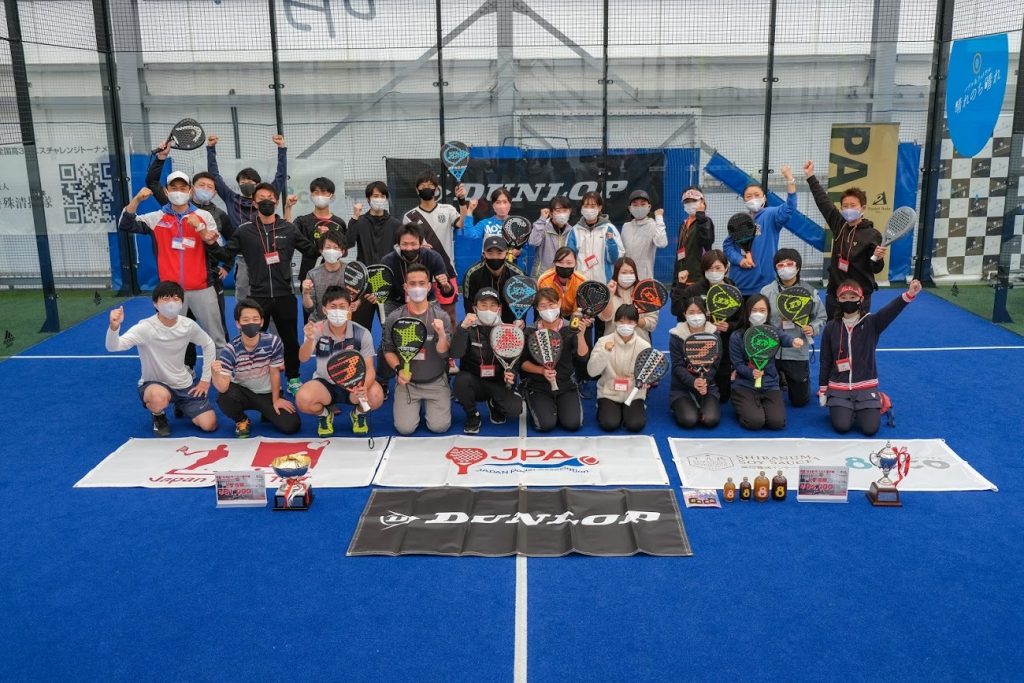 Lorenzo Lecci Lopez: How is the padel in Japan ?

Koji Nakatsuka :"We have 27 courts in 15 clubs, with 600 licensees and who pay the annual membership fee to play the tournaments. We believe that there is 20 followers who play at least once a year. All the courts are packed on weekends. ”

“Japan is divided between the eastern part of Tokyo, and the western part from Osaka. The courts are distributed approximately over 50/50 in these two regions. In terms of players and level, the vast majority are on the side of Tokyo. We are working to develop the padel in all parts of Japan. ”

“Of the 27 courts, only 5 are indoor. In cities like Nagoya ou Osaka, courts are born within infrastructures such as shopping centers. We have little empty land in Japan, so we take advantage of that space in the big cities. On the parking, or on roofs. It's very typical of Japan, and I think we're optimizing these spaces well. ” 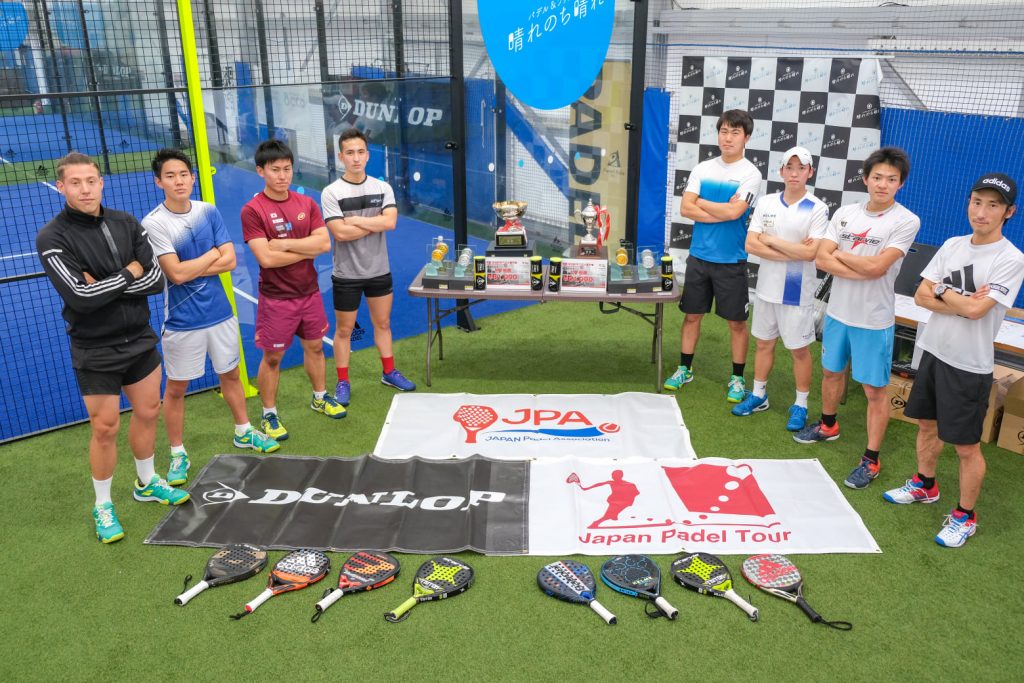 A strong increase in the level of players

Lorenzo Lecci Lopez: What is the level of the best Japanese. We have already seen a Japanese on the WPT, could we see more regularly?

Koji Nakatsuka :"Yes of course. We work for it, and the level of Japanese players is progressing enormously. Last week we had the All Japan, which is our Final Master. We were able to show on YouTube, the level that Japanese players now have. We have 50 000 visits on the channel from many places around the world. The men's final was watched by 350 people live. I also want to thank all our sponsors and the staff of the JPA. "

Lorenzo Lecci Lopez: What relationship do you have with the Japanese Tennis Federation?

Koji Nakatsuka "We are not yet really in contact with the tennis federation. It is important that we can work together, we do not want to oppose tennis. We are an independent association but it is important to join hands for the development of sport. ” 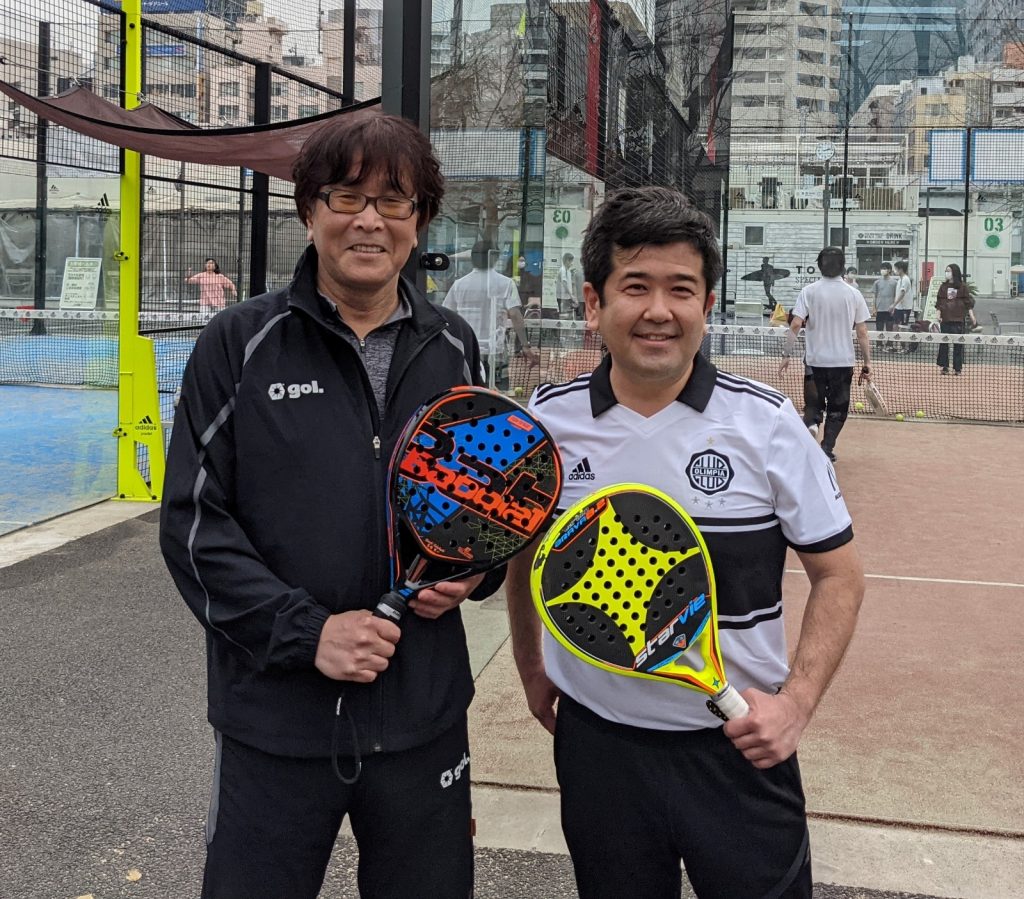 Gain visibility with celebrities and the Olympics

Lorenzo Lecci Lopez: Under special conditions, Tokyo will host the Olympic Games. The padel can he benefit from the sports movement driven by the Olympics?

Koji Nakatsuka "The Covid has affected us a lot. We had things planned for JO, but unfortunately we will not be able to do them. It's hard to make decisions officially. ”

Lorenzo Lecci Lopez: Kei Nishikori and Naomi Osaka have an excellent image in Japan. To what extent does thee padel can he benefit from their status?

Koji Nakatsuka :“Kei and Naomi live in the United States, but their image is important. I think they are playing padel also there. Many Japanese tennis players are playing padel, for example Yoshi Nishioka or Kimiko Date. We all have to work hand in hand. ”

Lorenzo Lecci Lopez: Yōichi Takahashi, the creator of the anime "Olive and Tom" is a fan of padel and we saw it on your youtube channel. What does the padel that such a big celebrity is interested in this sport?

Koji Nakatsuka :“It's essential because these celebrities have a great influence, especially on social networks. Youichi Takahashi love it padel, he plays once a week. He is also part of the JPA, and came to see the All Japan final. He also thinks of draw a new animated with padel. All of this obviously helps us, because it gives visibility. ”

“We also have TV celebrities, with actresses and actors from TV series, or musicians who play padel, and that helps us to spread the sport. ”

Lorenzo Lecci Lopez: Regarding the Asia-Pacific Committee of which you are the president. What are the concrete projects, and how is development progressing in this part of the world?

Koji Nakatsuka :"The Asia-Pacific Committee was born with the aim of organizing itself between continents. In recent years, the padel has grown globally, and the FIP with its centralized body could not manage everything. Luigi Carraro so put that in place. ”

“We now have 6 leaders (Australia, Thailand, China, Iran, India and Japan). Every two months we have videoconference meetings to make projections for the future. ”

“We are mainly talking about theimplantation of sport, and the methodology of what we have put in place in Japan. For the development of padel, it is important to follow the communication competition and market. It forms a circle that you have to feed on to move the sport forward. ”

“On the part promotion, the use of Social networks is fundamental. We thus broadcast the sport. We want to create influencers padel. On the part competition, we organize the Asian Cup every two years. We also unify all the rules and points of the rankings in all the countries of Asia-Pacific. We are also working on the trainer training. On the part market, it mainly concerns the search for new sponsors. "

“We currently have 300 lands across the continent and 50 fans. It is very little compared to the population that we have. We can reach millions of people. We are on the right track to get there. The Asia-Pacific region will be a pillar of padel worldwide!"