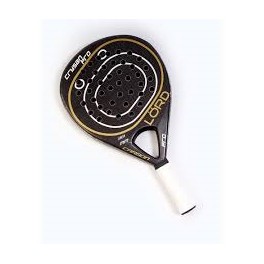 Padel Magazine- Lord Padel a brand that makes great snowshoes! We are going to present you 3 rackets that are selling very well in Spain, and now we understand why!

Let's start with the famous Crysan Pro. The first thing that surprises us is its weight centered at the top. It's a racket whose balance is clearly in the lead. At the moment of attack, one feels indeed the force that it can give to the ball.

The racquet is made of this famous rubber which works very well for racquets of padel : The Eva gum. Despite a certain rigidity, this eraser gives it a little tenderness ... Well, really a little, because it is very reactive. This racket is therefore mainly intended for attackers. Defenders will certainly find that he lacks a bit of “touch”.

In summary, this racket is 100% carbon with a finishing varnish that makes its effect. The noise is particularly dry on impact (but not as much as the Power 2000). It is aimed at experienced players. Besides the 16e world players, Ana Laura Grande was not mistaken in using this "pala".

For a price of 217 €, this racket offers all the services of a large attacking racket! 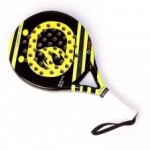 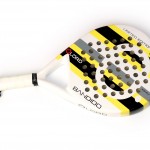