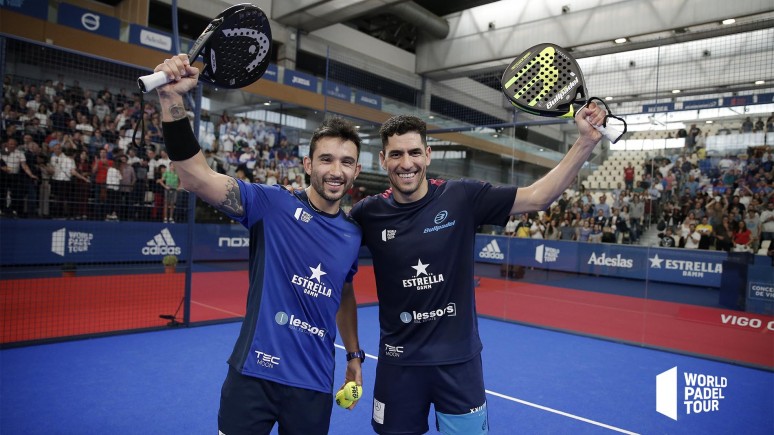 Next week is the tournament of World Padel Tour Master of Madrid. In addition to being a master (more points to be won), this tournament may have a new king in store for us in the world rankings.

The team Sanyo Gutierrez and Maxi Sanchez are currently the world number 1 in the ranking of the World Padel Tour. With 12,810 points, Sanyo and Maxi must defend their title last year in Andorra which brought them 1000 points. In the event of a defeat in the quarter-finals in Madrid next week, Sanyo and Maxi could most certainly lose their place of world number 1 to concede it to a certain Paquito Navarro.

Due to his very good first part of the season alongside Juan Lebron, Paquito was able to gradually get closer to the world number 1 place. The opportunity is there, very close, to be able to finally be the only one on the roof of the world of padel and Paquito knows it. With a disappointing premature loss last year at World Padel Tour From Andorra, Paquito will only defend very few points next week. In case of victory at the Madrid Master, Paquito would become the new world number 1. If Paquito loses in the final but Sanyo / Sanchez loses in the quarterfinal or before, Paquito would also be the new world number 1.

Bullpadel is certainly the best represented brand on the circuit of World Padel Tour. With its 2 headliners, Maxi Sanchez and Paquito Navrro, Bullpadel will remain whatever happens at the top. These 2 players will fight on the field to become the number 1 of the brand and wear the colors of Bullpadel.

This Master tournament in Madrid promises to be very tough. All the matches will be very difficult to win, and each team comes up with very clear objectives. We will follow this very closely by observing whether the hierarchy of padel world will be shaken up or not.

Max Moreau is one of the best French in padel. The Sherlock of padel opens the doors to the French and professional circuit. This expert in padel will not hesitate to intervene on the tactics and the technique of our sport.