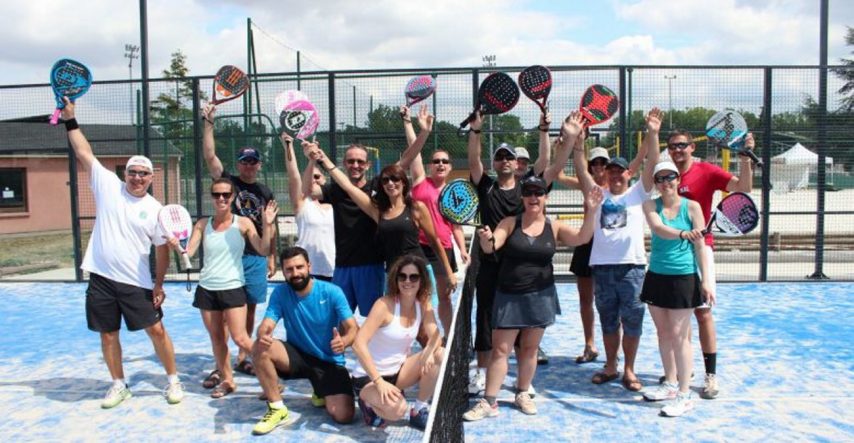 Among news for 2021 in the tournament competition guide padel, the FFT made optional Prize Money for P250 events.

In short: clubs now choose whether or not they wish to offer a financial endowment in their P250 tournaments.

We have grouped together the arguments “for” and “against” to help you shape your idea.

Before putting forward all the arguments of “for” and “against” concerning the modification of the rules on tournaments of padel P250, it is important to understand this comparison offered by the FFT competition guide.

First, there is some good news for clubs, namely a shorter approval period. More generally, it is recalled that the number of matches per day is greater with a very interesting exemption if the players want to play a match outside the rules.

We can clearly see here requests made by the association of clubs of padel private, which were heard by the FFT.

Now regarding the differences between the first three categories of tournaments, here they are: 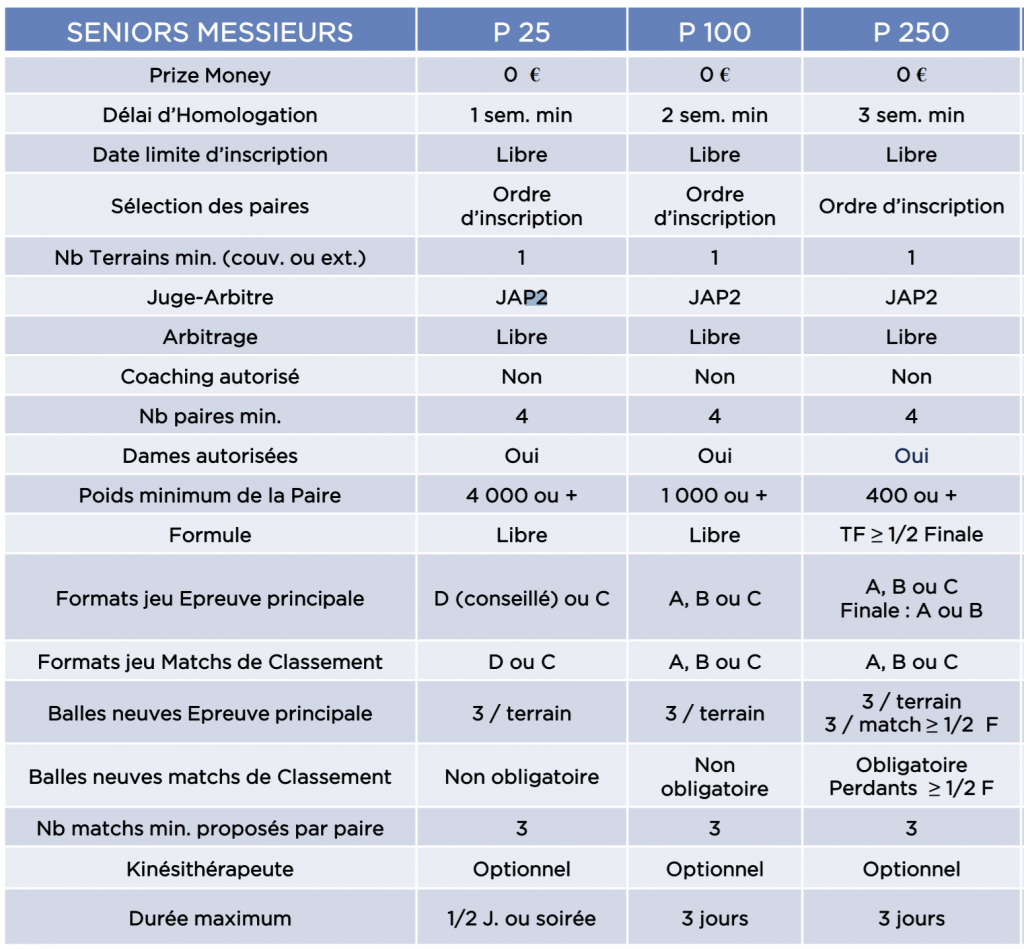 P250 with an optional prize money: the “pros”

For those who believe that this is a good thing: what is put forward is the right to put a prize money or not depending for example on the success of the tournament. Here are the main arguments of the “pros”:

With this very particular health crisis, we can understand that the clubs and the FFT are looking for a way to make these tournaments more interesting.

Without really saying it, and even if this opinion is not shared by ALL the supporters of the optional prize money, some believe that this new regulation will eventually remove the P100.

Indeed, “even smaller players are more attracted to the light of a P250 than a P100. With the men, we may love the leisure, we like the competition and compare ourselves to friends. Why would I (as a club) bother doing a P100 when I can do a P250 that everyone will like and even though indeed I'm going to have very few players within 400 points.

However, other clubs and players believe it is “too bad to break an architecture which had a clear visibility for everyone".

Those who criticize this change are also numerous, from players to certain clubs, to organizers who believe that “will depreciate the P250s and force them to make P500s to enhance their competitions".

The argument that “it will make it possible to gain more for the clubs is not so obvious for the ambitious clubs ” we are told.

We are thus told that the P500 will thus be the gateway to tournaments with compulsory prize money, a level judged at the time “too brutal".

Here are the arguments:

1- This new P250 system will make it less interesting in almost all of France. It's like the BAC after all. Today it is not worth much. The P250 will not be worth much, anyway, whatever we say from the moment, when any club of padel, even those where you don't have a single top 400 player will make a P250.

2- We no longer do a P250 depending on the level, but a P250 to please our community of players. Which is obviously a good thing. I want to please my community. But I actually think it's a shame for the competition, it's a bit of breaking a system that works.

3- 250 € for the premier category of our events, that's not much compared to what it can bring. Look around us, with these P250 express half-day formulas, it's wonderful. The formula was well found ... with a small carrot for the best which marks the difference with the P100.

4. Why offer a P100 in a club in a region less focused on padel when you can offer a P250 and please its players who, for some even, could participate in their first tournament padel in the P250 category.

There are many arguments from players, clubs and organizers:

1- It is an evolution of our system from below. I know that I have colleagues who are not of the same opinion. But it has certainly become the queen category of our French system. Why mess with something that works?

2. The P250s work very well. It is often crowded, this category is certainly the most popular. This means that there are people at these tournaments. 250 € of prize money corresponds to 12,5 players at 20 € or 10 players at 25 €. A priori, if the tournament works well, the club largely returns to its expenses.

The FFT has done a very interesting job which is measured by the numbers today. But by touching Prize Money for the P250s and making it optional, it's the end of the P100s and P250s as we knew them.

In our opinion, clubs will continue to offer P100s for the spirit of the beginner / intermediate tournament. But as some speakers we interviewed made clear: “Why offer a P100 when I can offer a P250 to my players? it will give them more points and too bad if the level was not that of a P250 of 2020".

Everything is said in this sentence.

Is it good or not? This is not the point. The FFT is making a strategic choice by offering a P250 floor which will be a mix between P100 and P250 and which will allow “clubs to avoid being in the red with the prize money”We are told.

It is surprising to see the FFT tackle this year the two categories which worked best in France and which are its greatest successes in setting up tournaments with the P100 and P250. Wouldn't it have been wiser to rethink other categories (P1000, P2000, P25)?

Was it really necessary to change the P100 and P250? Shouldn't the FFT have attacked categories that work less well? Or is it just a concession from the FFT to the applicant clubs?

NB1: Some clubs, players or organizers who gave us their opinion did not wish to be mentioned as sources. Therefore, we have erased all sources of this post to prevent it from being unbalanced.

NB2: If there are more arguments against “against” than “for”, we have nothing to do with it. We have simply collected the information to present it to you. Do not hesitate to give your opinion on this subject that we will perhaps take up in a future post.