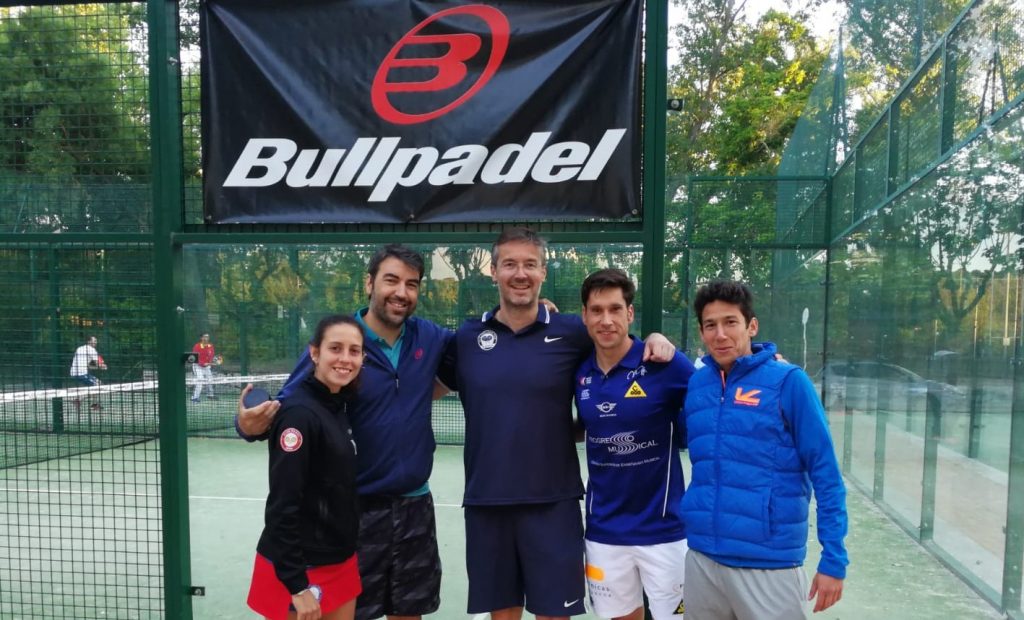 Philippe Cerfont, the President of the FEPA, reviews the events organized by the FEPA in 2021 and the relations of his federation with the FIP.

“On the institutional side, we unfortunately had to postpone Euroamerica Padel Cup which was to take place in March in Argentina and which will probably be played in August. Apart from that, there is also the European Championship at the end of the year (Editor's note probably in Sweden) and perhaps other events per country (Champions' Trophy for example) if the Covid calms down a bit. We also offer, in close collaboration with the APT Padel Tour quite a few high quality tournaments across Europe, both APT tournaments and FEPA tournaments, counting for the same ranking. This will allow players to collect points to enter more easily into the APT major event tables. ”

FEPA / APT: the most international circuit

“The new APT circuit manager Thomas Johansson is doing a great job. He understood that the padel professional was not only to take place in Spain. The 2021 calendar of the APT and FEPA is not yet complete but it will inevitably be very very international to the delight of enthusiasts of padel which are multiplying rapidly in all corners of Europe. At least 8 different European countries for the first year of the APT tour in Europe, it's already magnificent and already much better than the WPT which is played mainly in Spain. We expect at least one FEPA tournament per federation so just with that, there is already work."

Relations between FIP and FEPA

“I think that we should stop systematically opposing FIP & FEPA. Our organization wants a padel international peace and united and we will do everything to make it happen if the opportunity arises. FEPA is a European federation, so our focus is obviously on the development of padel in Europe. The growth of padel on our continent is exceptional, we are delighted. If we can one day work with the FIP, as it should have been from the start, we are in favor, but it is not the end of the world either if we do not succeed. The vision of the so-called unity advocated by the FIP is in fact a subordination of the FEPA to the FIP. We are not in favor of this idea because we think we have all the capacities to carry out our project without supervision of the FIP. On the other hand, we are in favor of enhanced collaboration and coordination with the FIP. Our members are frankly fed up with all this politics and they want to be free to do whatever they want without any unnecessary pressure. ”

“During our general assembly in December 2020, I proposed the creation of a working group to try once again to find solutions of convergence. This group is made up of the presidents of the federations of Hungary and Ireland. There have been contacts with the FIP and its president but without tangible results for the moment, we will see. I think an agreement is possible if reasonable people manage to talk to each other in a constructive spirit. We have a constructive spirit. ”

Little interest in FIP in Europe?

"FEPA and FIP should in my opinion work side by side. The work to be done at world level being colossal, I personally do not understand the stubbornness of the FIP in wanting to continue to hamper our work because there is clearly a European dynamic of its own.

The FIP has traditionally had little interest in Europe because its electoral system favors South American countries. Thus Paraguay, Uruguay, Brazil, Argentina, Chile and Mexico (6 out of + -40 countries) total nearly 40% of the votes at the FIP general assembly.

Various European countries have spoken out against this injustice because we believe that the system in place is unfair and must be reformed. Obviously, it will be complicated to obtain a qualified majority on the subject in GA because some countries obviously wish to keep their political “importance” even if it does not correspond to reality.

This is why we can say that today, the hard core of the FIP, it is these South American countries and the few European tennis federations (France, Italy, UK). With the notable exception of Spain which recently left FEPA but which is a purely padel. "


“In fact, today, I think that few European federations still expect something from the FIP and are totally disinterested in it, just like the general public. Our organization has nothing against FIP ​​or against anyone. Unlike the FIP and their friends in the WPT, we do not use pressure tactics to prevent our players or our federations from participating in what they want ... We want to focus on our project, without always being opposed to the FIP. Let them do their job, we wish them the best of luck. ”

“Yes certainly, I hope the FIP will come back to earth and focus on the various events for which it is already in charge but it would be amazing at this stage. However, we remain open to dialogue and obviously hope to have only one European Championship in 2021. I think that all our countries will be present for our end-of-year meeting in Sweden. If two championships are organized, we will not prevent anyone from participating in events other than ours. ”

“First of all, you have to know that our statutes did not allow us to host regional associations or players' associations. We changed them last December to meet the demands of these organizations and thus allow players whose main recognized federation is not a member of our federation to still participate in our events. We have received a few applications, they were accepted at our last board meeting last week. We welcome it. ”

“These are regional associations or associations of players legally constituted in their countries and which, of course, will be able to send players to competitions. I leave it to these associations to make the announcements they want on their territory. ”

Alfredo Garbisu candidate for the FIP, would he be the remedy to reconcile FIP / FEPA?

"Je think, Yes. Even if Luigi Carraro certainly has all the cards in his hand to join the deed to the word and truly unite the world of padel. As I said above, unfortunately, a lot of words and communication efforts towards the general public but few constructive acts. Maybe this post-covid year will be a year of great reconciliation. I personally wish it as well as the vast majority of the world of padel but hatreds between people are stubborn and institutional structures do not promote a healthy situation. ”

A possible reconciliation with Luigi Carraro?

“I try to give the public a little bit of information because the community generally ignores this stuff and doesn't understand why the padel Institutional still seems to disagree. The official speech of the FIP, which I would like to call propaganda because it is far removed from the reality on the ground, makes a recurring appeal for unity ... In fact, it is not a question of unity, it is is really about following unconditionally the leadership of the FIP. Its president, Luigi Carraro, who also has many qualities, cannot in fact bear for a federation of independent European federations to exist without being controlled by its organization. The problem already existed with his predecessor, Mr Patti, who wanted to create a European "commission", which Mr Carraro has also recently achieved without much success outside the few aforementioned federations ...

I think Luigi inherited a complicated situation and he quickly understood who he could lean on to consolidate his hold. He's actually a politician. Europe has little interest in his plan for world domination so he never saw our federation as strategic. He advocates unity, padel Olympic etc but unfortunately the actions and especially the concrete achievements on these subjects do not follow. Too bad for our sport. There are many more reasons to rejoice, however, than negative things and low-level disputes for control of the padel international. Our sport is in a very positive dynamic and we no longer want to lose energy in these sterile quarrels. Everything will be alright. Peace!

Our future depends on the organization of quality events and a focus on the needs of federations, clubs and players, if the FIP wants to meet us on these points, I think we can come to an agreement. ”