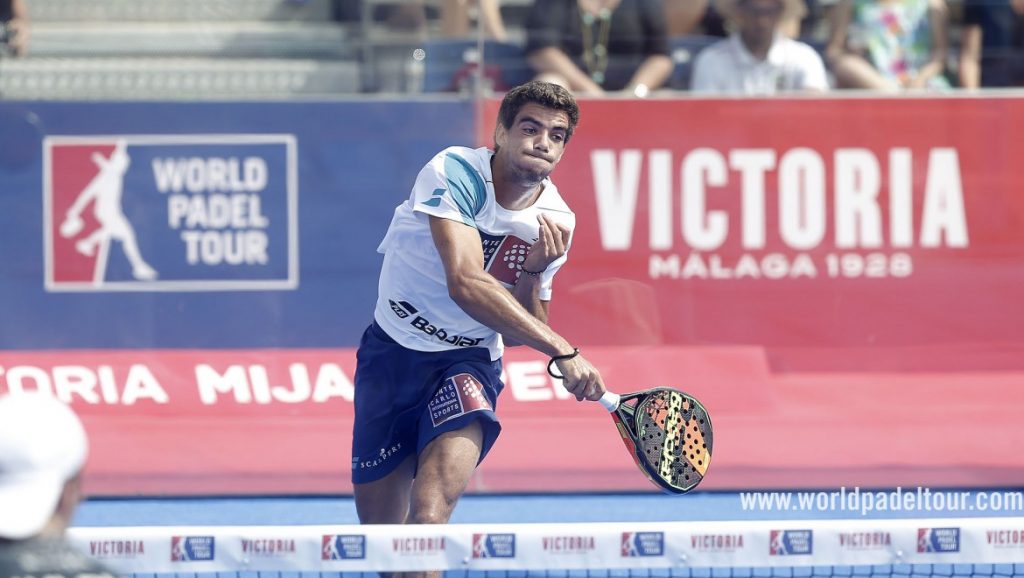 Do you know the “chancletazo”? This is a big slap or a “big blow of tap” when translated literally from Spanish. If you've ever heard of this stunt and dreamed of pulling it off, here's what it looks like.

To quickly explain what the “chancletazo” is, it's a big punishment you inflict on your opponents for allowing you to play a ball at shoulder height as you race towards the net. In general there is no possible outcome, the point will be finished after this strike.

When to make “el chancletazo”?

There are two moments that we can detect.

The first, which is the most common, is when you are serving and speeding towards the net. The return is a little high and floaty which will give you plenty of time to set up the forehand and allow you to throw yourself into that ball to “slam” straight forward. With this speed, opponents will not have time to react. Either they will try to put the pala in the hope that luck will bring the ball back to the other side of the net, or they will run forward to touch the ball out of the window. In short, in both cases, if the ball passes, the next one will be even more difficult to save.

The other moment is more difficult to detect, it will be during the game. You are at the net, you play your deep volleys by forcing the opponents to defend out of the window. Your volleys are so well played that they hardly bounce, making it impossible for opponents to lob. The only option they will have is to accelerate the ball so that it passes the net.
This is where the situation will be more delicate. If you don't follow the action, you'll have one more end to play and your opponents will recover their position. On the other hand, if you have understood the situation and realized that defending with a lob will be impossible, you will be able to launch yourself forward to slam the ball with a rebound close to the glass which will quickly take it away. players, or can outright take it out by 4 if you are really very close to the net.

Violence, aggressiveness, the “chancletazo” has everything to please the most bloodthirsty players. Keep in mind, however, that this move is a double or nothing: either it works or it's the fault. So dear friends have fun but don't be sad if your ball bounces in the middle of the back glass. Small tips: try to play on the player closest to the back glass and always be ready to volley in case the ball comes back! Let's go!