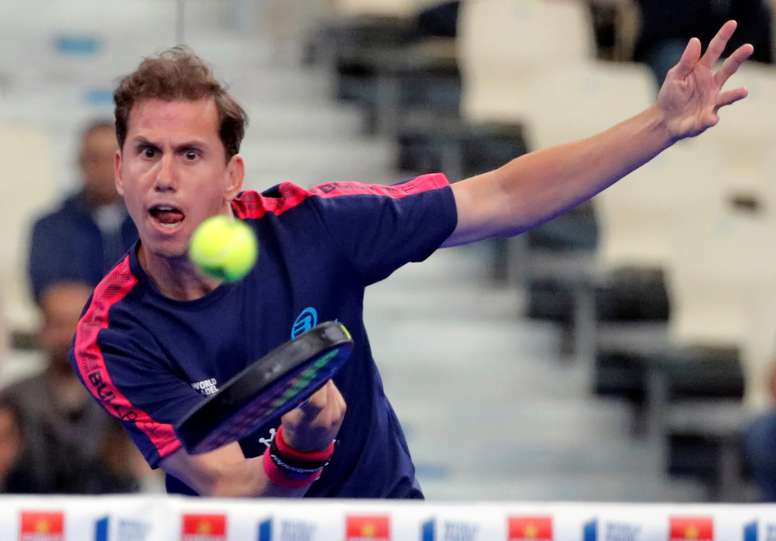 The padel game at intermediate level and above cannot be played without effects. The use of pala and the technique acquired allow us to use effects that will complicate the defense of our opponents and that will allow us to build our point, our match.

Here are the different effects used in padel, when to use them and why.

The ball, leaving our pala will have a neutral effect, that is to say that it will move without any rotation.

On leaving your pala, the ball will rotate from top to bottom on your side.

Leaving your pala, the ball will rotate from top to bottom on the opponent's side.

Coming out of your pala, the ball turns from right to left