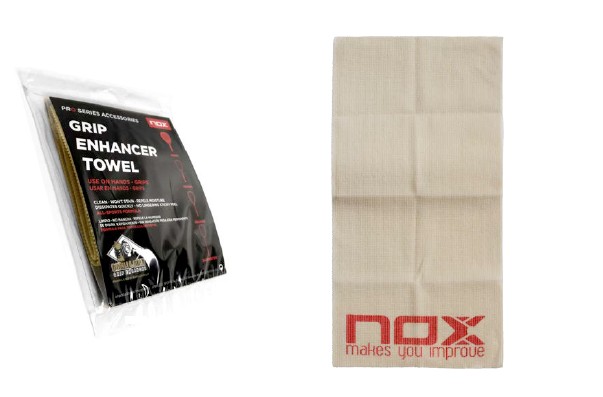 And if it was the miracle towel to save padel players who have wet hands when playing?

Kristina Clément, the manager of the expert of the Spanish brand NOX PADEL returns to this towel that seems to do a lot of crazy players with these problems, especially when it is hot.

The towel Nox by Gorilla allows to have sticky hands and thus adhere to the sleeves. We tested it.

And undoubtedly, the towel works. it sticks. This is a solution for paddle players who slip their hands after a few games.

Attention, the duration of this towel is not eternal. For normal use of the towel, it takes a little less than a month. If you do not use it for a while, it loses some of its qualities.
But on the other hand, the towel can really help you play better thanks to its specificities. The player can thus several times in the match use this towel, even if the effect of the towel lasts a certain time during the match.