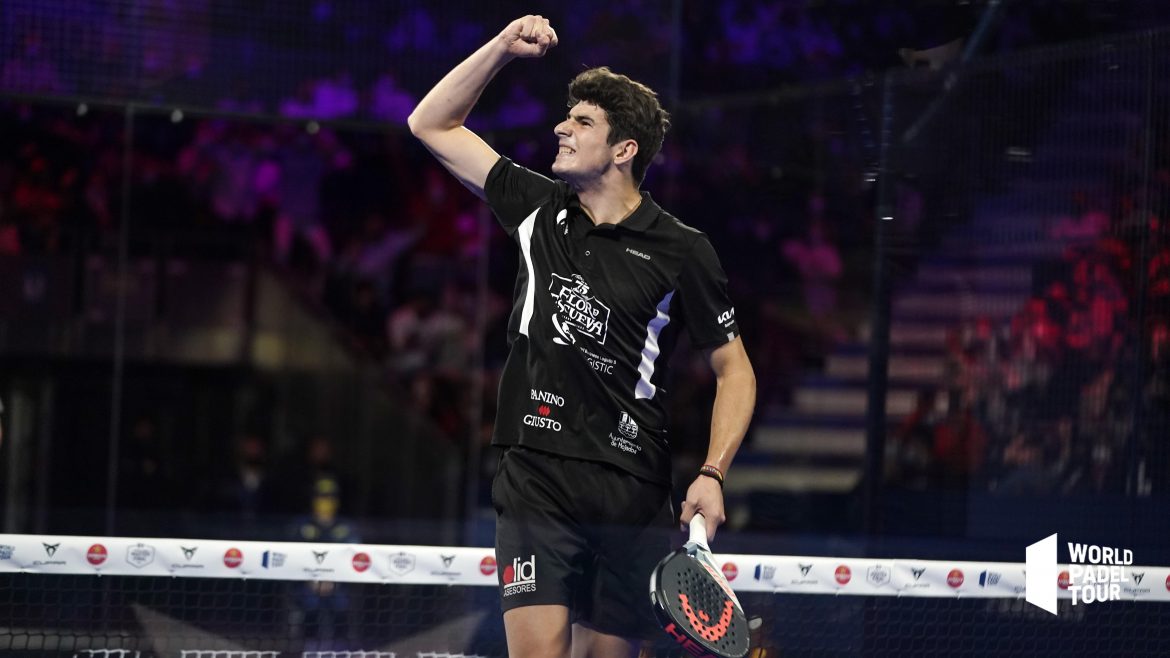 Arturo Coello, who was playing his very first Master Final of World Padel Tour, delivered a very big performance despite the defeat against Di Nenno / Navarro.

Arturo Coello is not the type to let the pressure overwhelm him. The best player of the 2002 generation proved it once again in Madrid with a very big game for his very first Master Final.

Faced with the pair at the end of the season, Di Nenno / Navarro, the recent world champion impressed with his characteristic style. Very present on the fly, this tall player again impressed in attack with his overpowered smashes and in defense with his supersonic outings.

Le World Padel Tour wanted to pay tribute to this 19-year-old young man who did not miss his first in the Masters tournament. Unfortunately the victory was not there for Bela and Arturo, the fault in large part to a high-flying Di Nenno / Navarro pair, but Coello can be proud of the level he had in this Master Final ... which is certainly the first in a long series! We let you enjoy these 10 minutes of show!