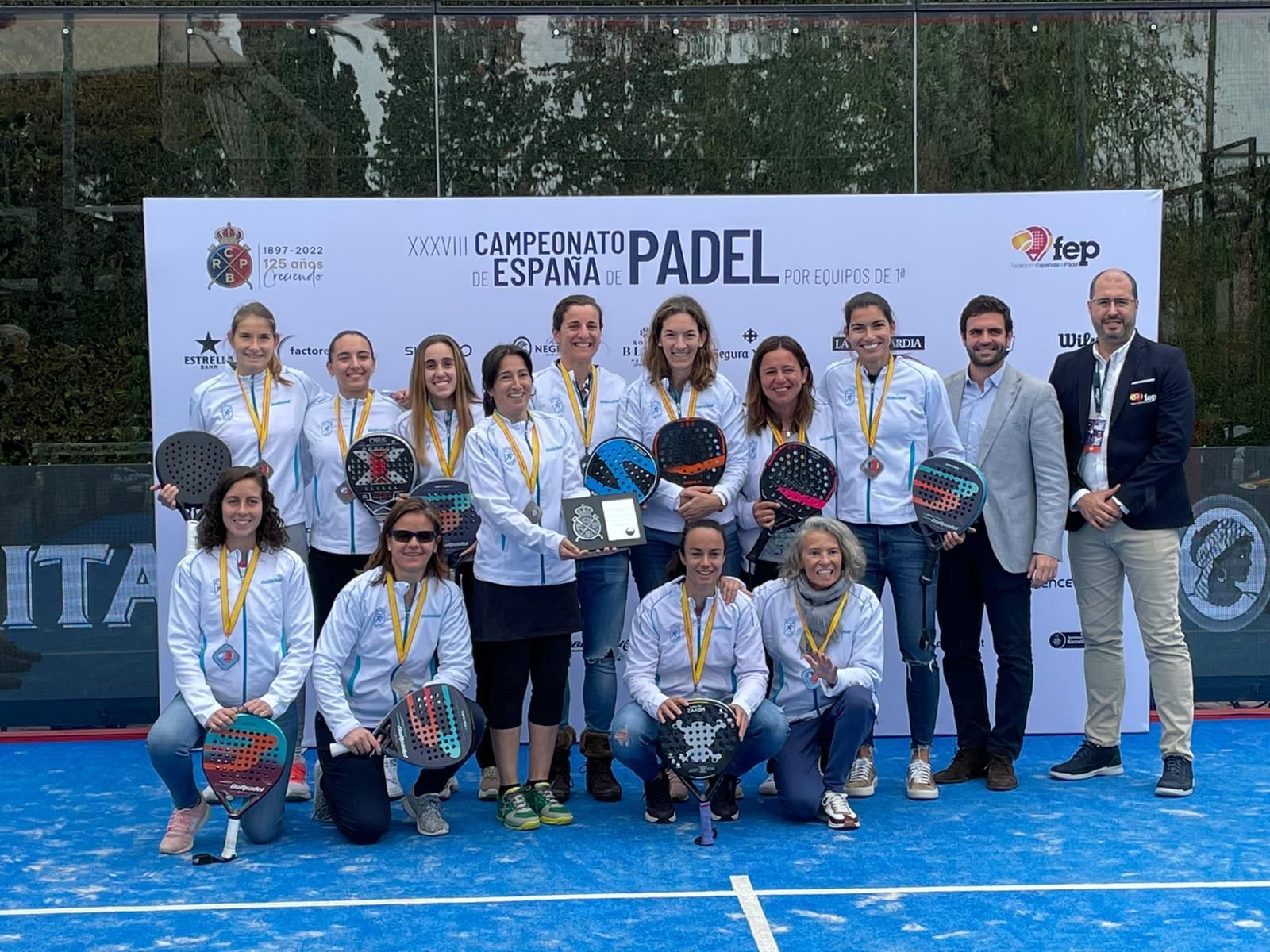 The French number 1 is now a great on the women's circuit. Alix Collombon was invited by the Chamartin Club of Madrid to play the Spanish Team Championships. She tells to Padel Magazine this experience, concluded with a silver medal in Barcelona.

The silver medal for Alix and his team

Each year, these Spanish Team Championships are very attractive because some of the best players in the world take part. It's not just Spanish players who compete on the tracks, and we very often see the teams traveling with Argentinian players (Tapia or even Bela took part in this competition), but also Brazilians, Italians... But this n it's not customary to see a French representative in this competition.

For his first, Alix therefore played with one of the best teams, the Tennis Club of Chamartin (Madrid).

After an easy first round against Team B of La Capellanía (victory 5 games to 0), the Chamartin club secured a place in the final by beating the Padel Center Plasticband 4-1.

In the final, against the all-powerful Real Polo Barcelona, ​​Alix Collombon and her teammates of the day could not do anything (5-0). Associated with Lorena Rufo for the three meetings, Alix Collombon therefore formed the No. 1 pair of her team. It is therefore natural that Rufo / Collombon faced Gemma Triay and Ale Salazar. Facing the world n°1, Collombon and Rufo had a good match but finally lost 6/1 7/6.

“It was the first time for me that I took part in a Spanish Team Championship. It was a nice experience. I have always liked team matches.

“It allows me to create links with players. When you're in a tournament you don't necessarily have time to talk too much. It's a slightly more relaxed weekend for everyone, although obviously the goal is to win, but it's played in a very good atmosphere.

It is therefore a silver medal for the Tennis Club de Chamartin, and for Alix Collombon who no longer tires of clearing the way for the tricolors.