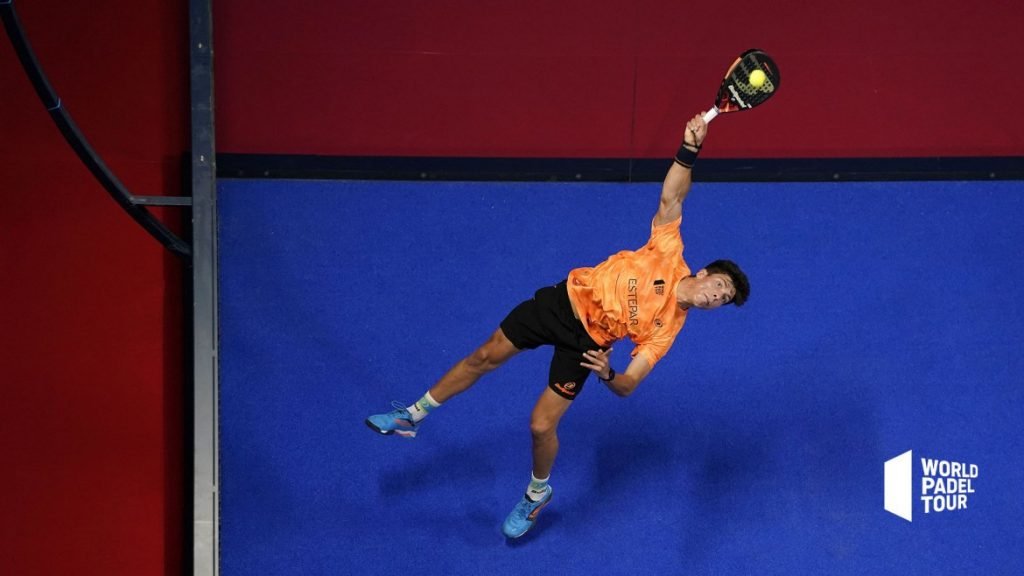 Discover in video the summaries of the round of XNUMX of the Estrella Damm Barcelona Open from World Padel Tour that took place today.

This morning the two biggest posters of the day took place on paper, Stupa / Gutierrez against Diaz / Campagnolo, and Tello / Chingotto vs Lijo / Ruiz. The expected shocks did not take place, the two Argentinian pairs winning in two sets. They will be played tomorrow in quarters, in a meeting that smells of powder!

Another match, however, kept all its promises, the umpteenth clash between Coello / Ramirez and Alba / Gil this season. The two pairs had the opportunity to afford a first quarter-final in a tournament of this level. It was finally Alba / Gil who won, in three sets, at the end of the suspense. All the work Sergio Alba did during the lockdown is paying off !

They will face tomorrow Navarro / Lima, who, unlike Tuesday, did not waste much time today on the track!

Ale Galan and Juan Lebron They also won clearly against Godo Diaz / Chico Gomes and they will certainly be in great shape tomorrow to challenge Godo's brother, Mati Diaz, and his new partner Agustin Gomez Silingo. The Argentines let go after losing the first set to Perino / Ruiz.

Bela / Tapia They were also worried about a set against Sans / Zaratiegui, before moving up a gear. They will face tomorrow a team that impressed today, Allemandi / Gonzalez, who only needed two short sets to rule out a strong pair, Rico / Nieto.

For the girls, there were only straight set wins today. The closest match will undoubtedly have been the victory of Llaguno / Amatriain against Collombon / Traviesa. The first four seeds, like yesterday, will not not cashed a lot of games. But this will not last in view of the big posters of tomorrow!