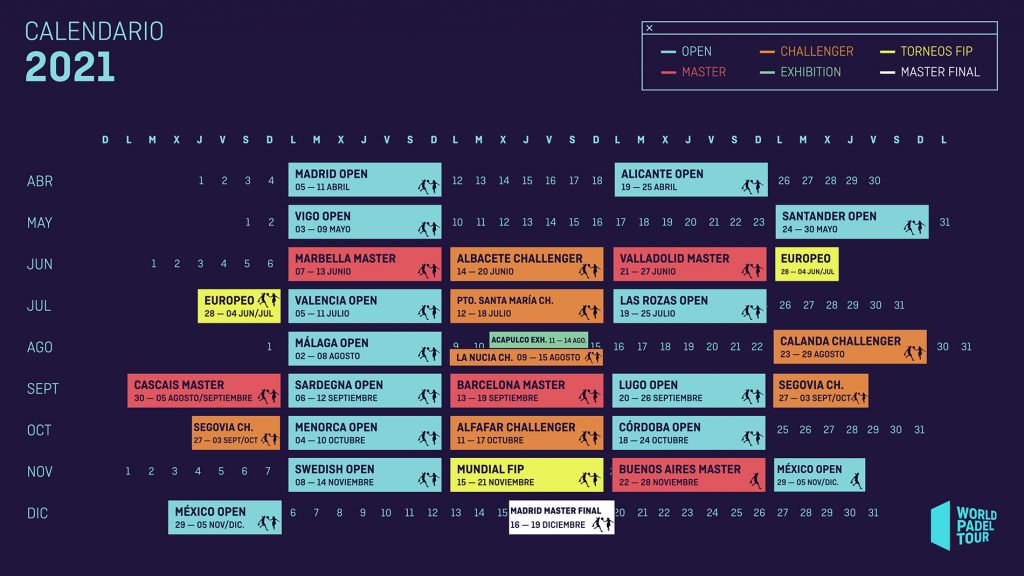 Le World Padel Tour officially communicated on its 2021 calendar. On the menu: 26 events in 9 months spread over 6 countries and 2 continents. First stop in Madrid from April 5 to 11. A late date but which is obviously explained by the hardness of the health crisis raging in Europe.

Expected at the end of January - beginning of February, the calendar of the professional circuit certainly had to be revised to face the coronavirus.

Detail of the 2021 calendar which is still provisional.

Brazil, a great nation of padel is absent. And no passage either in Belgium or in France, countries where the padel explodes. Casa Padel, which had hosted the Parisian challengers twice had already announced that it did not wish for the moment to repeat this event “particularly costly for the host clubs because they are the ones who carry the majority of the investments".

It is certainly a thorn in the side of the World Padel Tour. Because fans and players will not be able to prevent themselves from making the comparison with the other professional circuit which arrives in Europe: the APT Padel Tower. We will come back to the differences between these two circuits shortly.

Some figures on the stages of World Padel Tour :

In total, the World Padel Tour offers 26 events in 2021. Below are the dates:

Remember that we will have 2 major international events in 2021: