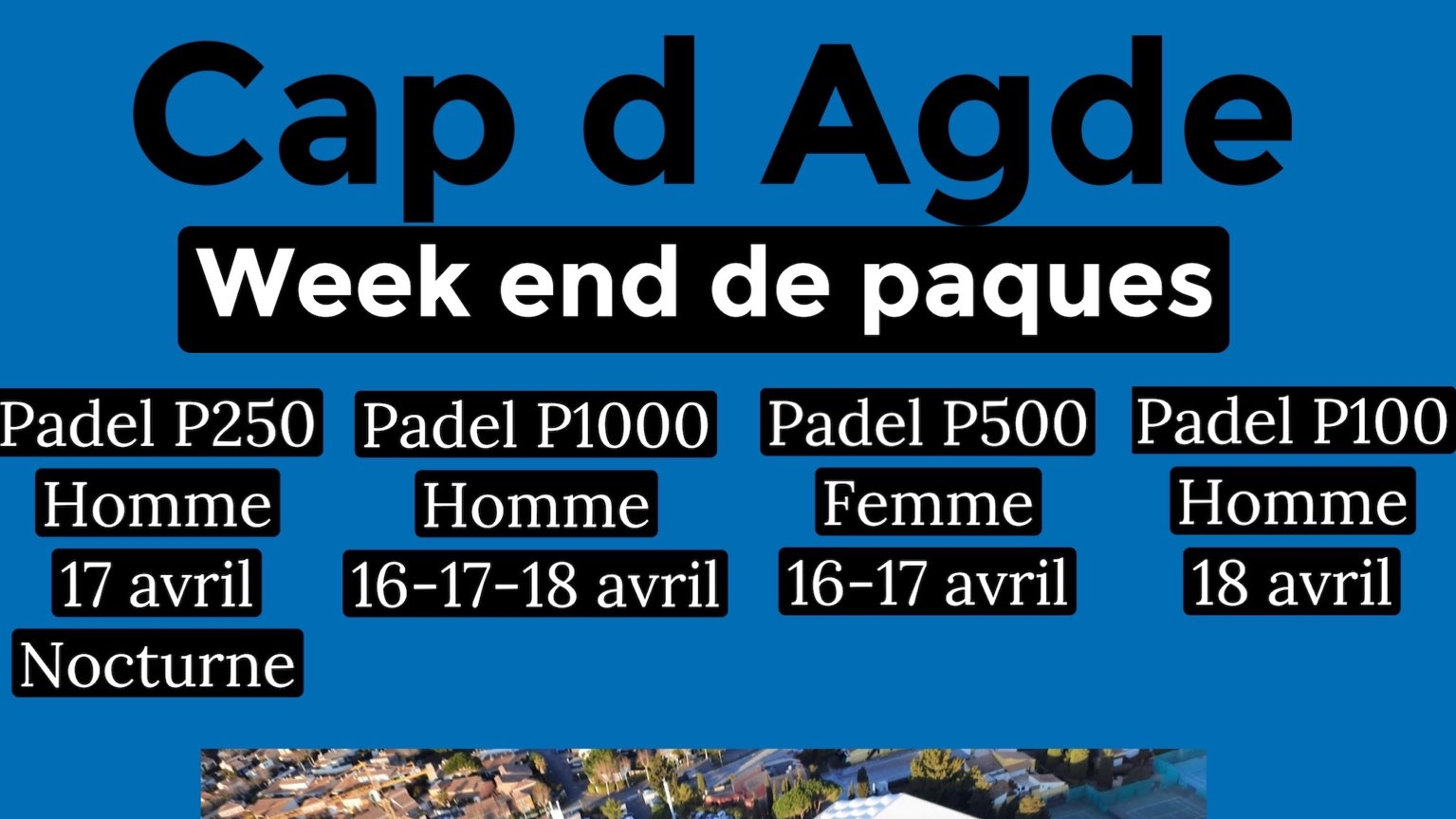 The Cap d'Agde International Tennis Center offers us a great Easter weekend with 4 tournaments padel from April 16 to 18, including a P1000 tournament.

For the P1000, the club will offer a prize money of 1300€. Nicolas Trancart, the club's sports manager tells us more:

We will have our national guest star Bastien Blanqué, a great prize money. On-site catering, a physiotherapist, stands and most importantly, commentator Mario Cordero. 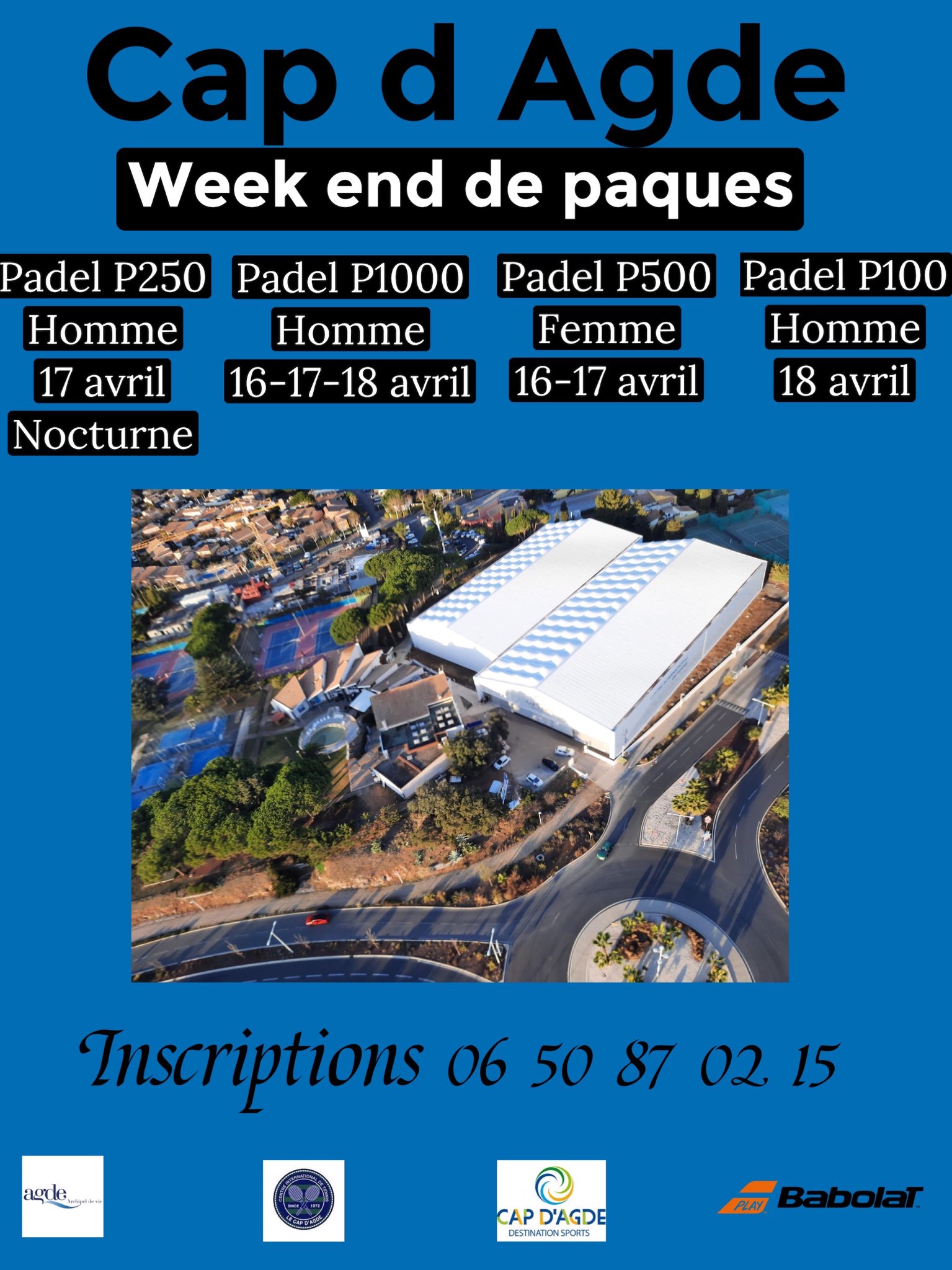