Before their debut at WPT Malaga Open, Léa Godallier and Ariadna Cañellas are the guests of influencer Jorge Cremades' new videos on Instagram.

Jorge Cremades is one of the most famous influencers in Spain. With nearly 3 million “followers” ​​on Instagram, the man from Alicante is known for his humorous videos.

The latest talk about padel and we find Léa Godallier, Ari Cañellas and the famous coach Manu Martin as guests. In collaboration with the boss of the Energy chain Padel, Jorge Cremades caricature two scenes that can occur on the slopes of padel.

The first, two men a little too sure of themselves when it comes to facing a team of girls. The second, a player who runs endlessly to bring back a par 3 after having talked a little too much in a mixed doubles! 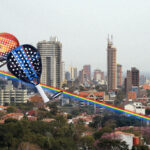 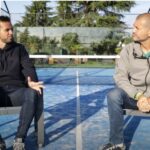