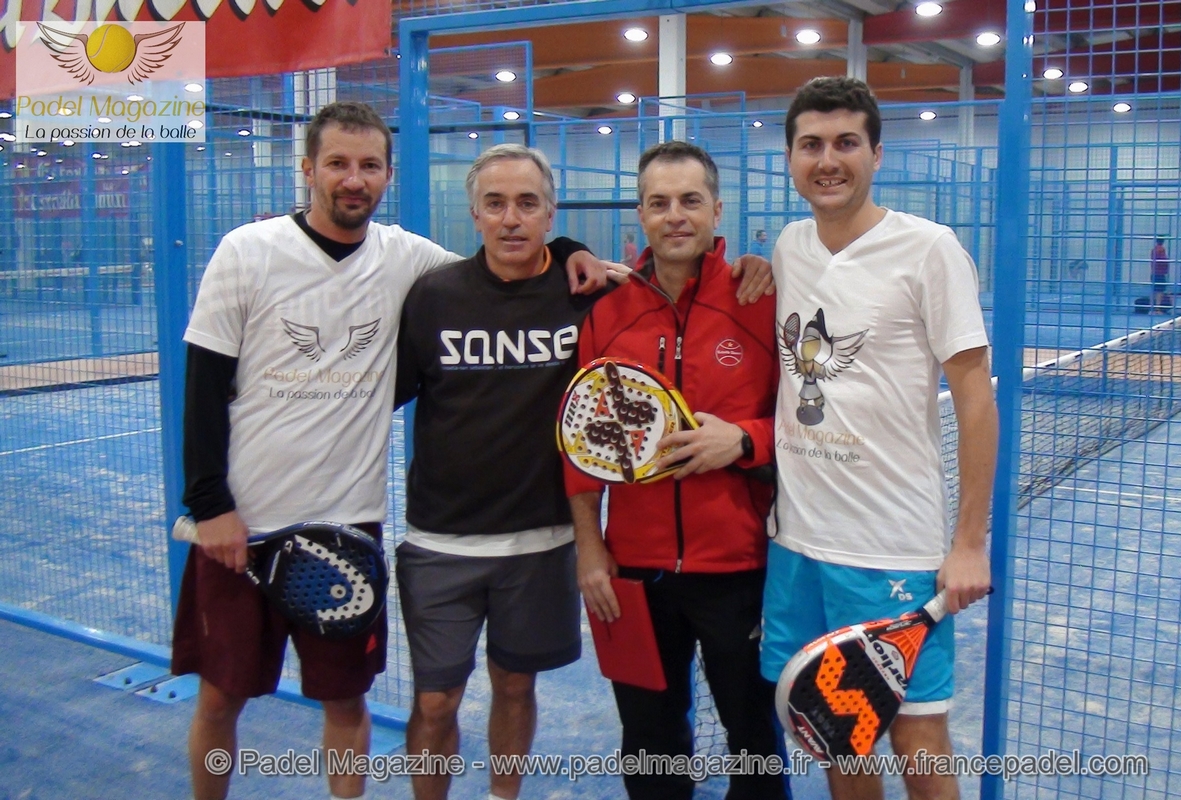 Padel Magazine - Padel Magazine was invited to Sanset Padel Indoor in the North of Madrid to discover the biggest club of padel indoor in the world with among others its 32 padel. JORGE TARODO, the club director allows us to better understand his state of mind and how to approach the padel in Spain, but also more generally. A very interesting interview to follow in its entirety and in French version via the following link:

You can also read this interview thanks to Frédéric Bertucat's translation:

Padel Magazine (PM) - Can you present your background and tell us why this club padel ?

Jorge Tarodo (JT) - My name is Jorge Tarodo, I am the manager of the sanset indoor club padel, which is located north of Madrid. The club has been open for two and a half months and responds to an initiative on our part. In fact, the climate we have in Madrid is humid for 6 months of the year and very hot for 4 months. With other players from padel we decided to develop this club of padel ideal. We realized that there was a huge interest in doing it in the north of Madrid because it is the most sporty area of ​​Madrid with good purchasing power compared to the south of Madrid. We did 32 courses where the temperature fluctuates between 8 and 28 degrees. In this club there is neither wind nor rain nor snow. The players always play under the same conditions. Only the speed of the ball can change depending on the temperature. But almost 90% of the people who come to play padel, the condition is the same. The prices are the same as the outdoor clubs.

PM: How many players are there in Sanset?

PM: Do your members come only for the padel ?

JT: For both things. They come to 75% for Padel and 25% for Gymnasium. All the facilities we have done revolve around the padel. We did a gym specialized in aerobics, fitness, Spinning, bike, to reinforce padel training.

PM: There is currently a tournament padel, over how many days is it played?

JT: Every week there are about 3 tournaments per week of padel starting with now like the tournaments of the Madrid Federation with the advertising that surrounds it. It's a tournament on 9 days with about 1000 people registered, maybe 800, but a lot of people.

Then we have other types of tournaments that are not official. But with ranks and rankings.

PM: Sanset is open to everyone? What are the prices ?

JT: The club is open to everyone. You can buy a ticket at any time to play. We did not want a club at 500 practitioners.

We make exchanges with other Spanish clubs such as Barcelona, ​​agreements with local facilities such as hotels and allow players to visit and play padel, to make matches by team. We have good prices. The amateur padel represents 95% of the practice in Spain because it is an easy and very accessible sport.

PM: To succeed, what does your club do in addition to its offers?

JT: The club wants to provide maximum service and allow players to stay all day at the club. For example in a relationship, the wife can do fitness while the husband plays padel or the opposite. There is also a childcare system, a beauty center, a gymnasium with yoga, speeding, etc., of course the 32 courts of padel and a new Argentine sport called the backet which looks like football /padel.

PM: What is the price for a player in your club?

JC: We have a price system starting at € 8 per site, ie € 2 per person, but the price depends on the time slot. We have a subscription system of 100 €. We offer him 20 € an hour of padel. We also have agreements with companies. It allows members of its companies to have reduced rates.

PM: What are the fundamentals for running a club padel ?

JT: The price is fundamental, the climatic condition of the club that is to say neither too hot nor too cold for example, with us we have no air conditioning, a well soundproofed club, a good price policy, the land quality is very important. On this point that we put the price, it is grounds which are used by the WPT, in particular the panoramics. Professionals come to train on our grounds. These are exactly the same terrains that the padel pro tour (PPT) or the world padel tour (WPT). Really the soul of the land was to have the best land by buying them of course at the right price.

PM: Women have a very important role in your club padel ?

JT: The female audience is really very important because it is the most faithful. She will stay if she feels good socially in the club. It's the soul of the club. They come mostly with their friends. In addition, they always come to 11h in the morning precisely where there are the fewest people on the ground.

We organized a ranking system with two systems that allows us to play each other.

PM: If French people want to come and play here… How do we do it?

We did not do this sport for profit but for the taste of sport and as many people can come to play padel.