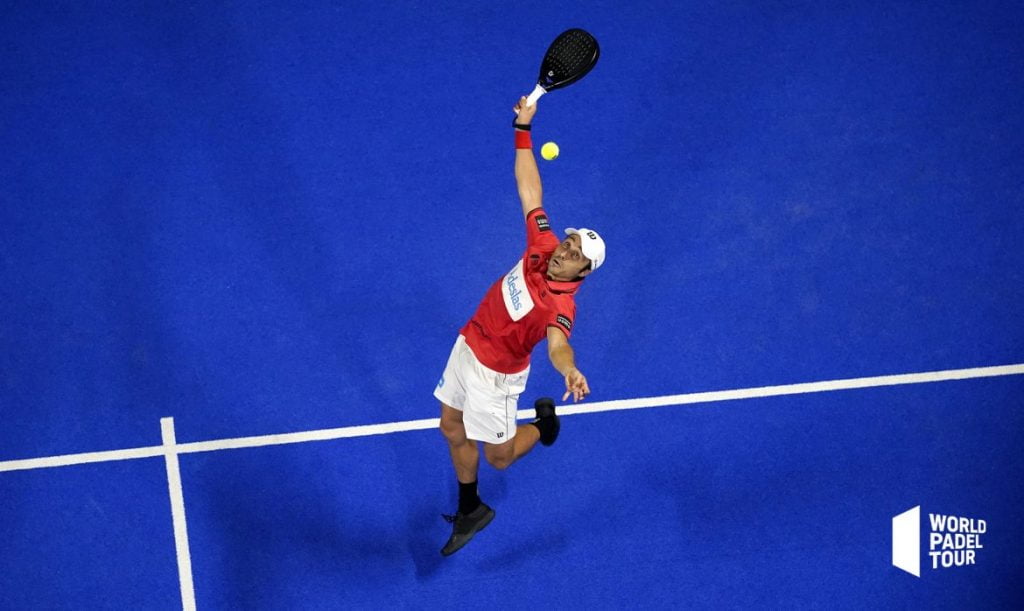 During the Go back to Madrid Open, Fernando Belasteguín went back to the left on the track. A position he has dominated since over 20 years. An example for young players?

The padel “New generation”, the one we find in players like Lebron, Galan, Tapia or even Stupaczuk, is a padel of power, speed of execution, where every opportunity is good to hurt by finishing the point with authority.

This year, we realize that the game changes and that a player positioned on the right, who was supposed to prepare the point for his partner until then, today becomes a centerpiece in the aerial game.

On the other hand, Fernando Belasteguín shows everyone that the game on the left is tactical, patient, precise and organized.

During the Madrid final on Sunday July 19, he was little so that the balance tilts in favor of the Argentine pair. It was said that Lebron / Galan were above the rest and that it was really difficult to beat them, but with a game like that of Bela, enhanced with the power of Tapia when necessary, there is certainly a possibility.

If you have fun replaying the game, you will find that Fernando Belasteguín has a large number of phases of play programmed. We will talk about return from short, slow and long line service, followed by a very crossed volley, or a tense defense, on the body, forcing opponents to volley in one direction which then facilitates the construction of the point and above all “Neutralizes” the attack.

That's the word. Bela´s experience and more than 20 years of practice make him a master. He knows all the bounces possible, all the phases of the game, so to copy him is very difficult I grant you. But what it does wonderfully is neutralize the point.

What does that mean ? If your opponents are in attack position, prevent them from having the upper hand over you. Galan and Lebron are a pair who like to dominate, and especially who like to take the net very quickly. During this final, Bela has repeatedly posed a problem for them by slowing down and playing lowballs that absorbed the devastating smash.

It is a complicated, precise, meticulous work that takes time, but which deserves to be taught in all padel schools.

The padel of the time is not dead, on the contrary. Well-constructed, extendable, and intelligently and patiently prepared points are just as beautiful as big, devastating strikes.