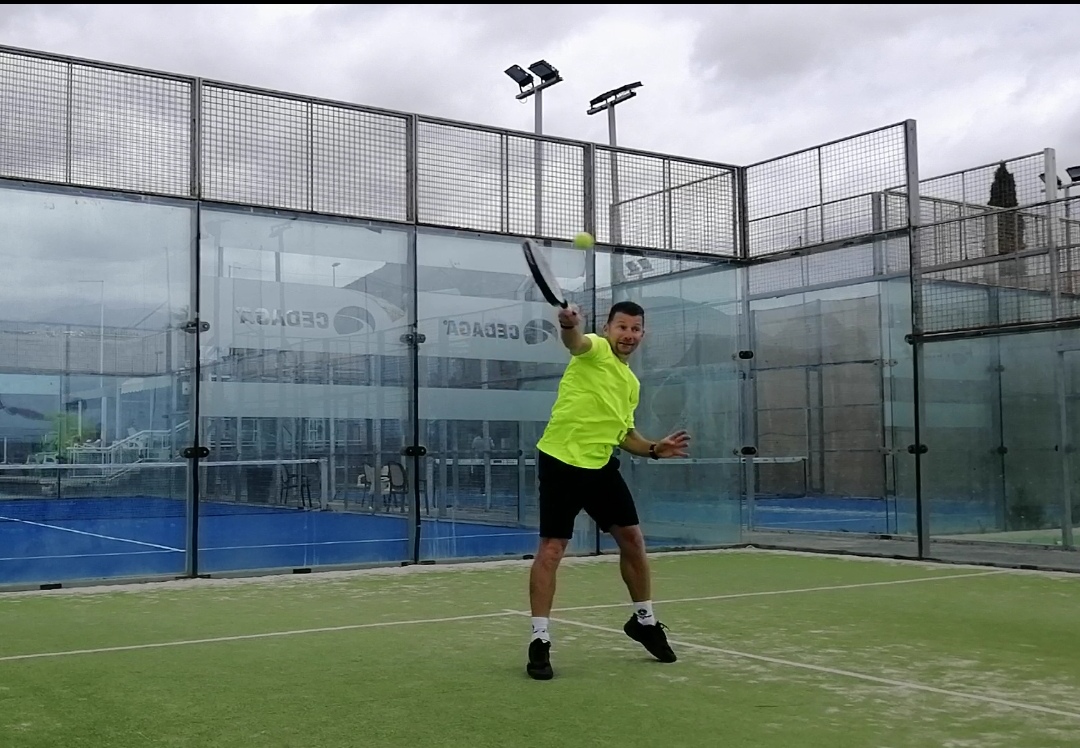 Do you know the morja ? This is not the name of a player from another planet. It is the name of a new move that we discovered in a school of padel on the side of Tenerife.

For the little story, Borja Meilan, a 12-year-old young player, went, like many people, from tennis to padel. A basic technique well internalized and difficult to modify. But, when practicing bandeja, a new blow comes out of his pala. A shot that does not appear on the manuals of padel. An aggressive shot that immediately marks the difference. Maybe this move deserves an article and it will become a solution for tennis players, and even in the future, a full-fledged move for tennis players. padel with its own page and description in all manuals.
So, ladies and gentlemen, here is the Morja.

Simply put, the Morja would be like performing a set-up similar to a forehand topspin volley and then impacting the ball in a cut fashion. A magic recipe which, executed with relaxation, becomes a real nightmare for your opponents. So maybe this move already exists, maybe it has another name, maybe the great specialists will say that it is a variant of the bandeja as the vibora is also a variant of bandeja. Anyway, today vibora becomes a hit in its own right, so why not the Morja.

Positioned at the net, you must play a high ball of the type bandeja. This high ball is not so deep, allowing you to play it with both feet on the ground finishing forward. It will therefore be an offensive move played with the idea of ​​complicating the defense.
The work of the arms will be different from that of a bandeja ou vibora. Remember: with a bandeja “normal” your preparation will be done with the side of the pala facing the sky. For a vibora, the face of the pala will come to rest behind your head, facing the opposing players. For the Morja, the face of the pala will be oriented towards the ground up to the point of “blocking”. We will make a loop with the pala starting in front of us to arrive behind us passing above the level of the shoulder. The non-dominant arm will point to the side grid and your body will be totally in profile.

Once the shot is locked, the idea will be to reverse the face of the pala to direct it towards the sky, with the idea of ​​giving a cut effect to the ball. If we don't modify this effect, the ball will remain topspin, difficult to control, and will bounce too much on the back glass (creating another shot that might also deserve to be baptized…). Once the blow is triggered, you will have to let the pala act to complete its course with the arm wrapped around the neck.

This move is not at all sure nor academic for the purists of the padel. It is a violent, aggressive blow, resulting from the experience of players from other sports such as tennis, who play padel with their own weapons and especially with gestures with which they are comfortable. Certainly over time we will discover other moves as surprising as the Morja. Do not hesitate to contact us to enlarge the range of techniques padel. Thanks Borja.