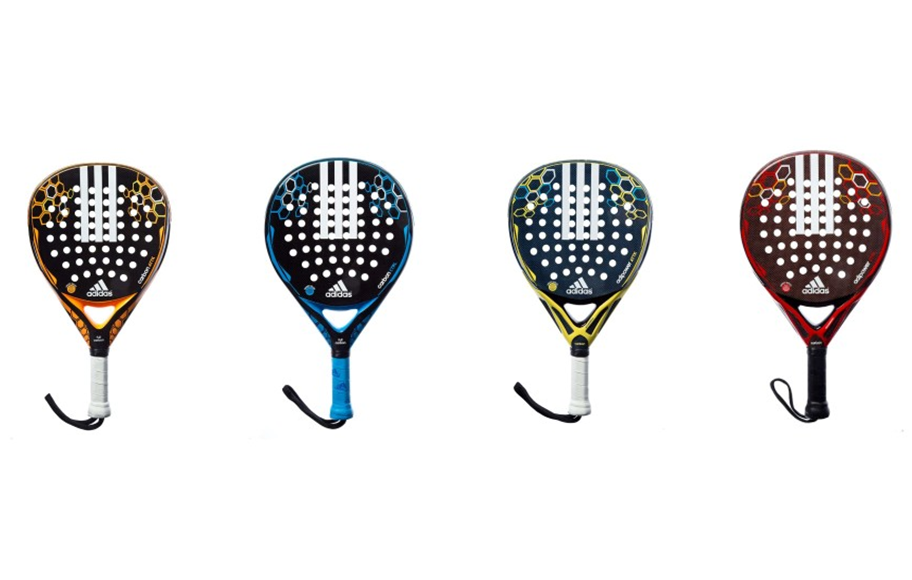 The 2016 collection from Adidas padel has been widely talked about lately with in particular bestsellers with its high-end models and the famous adipower.

This very recent brand in the middle of padel  (2013) sponsors great players like Marta Ortega or Peter Alonso.

First of all, the snowshoes of padel Adidas are quite rigid although you tend to get used to them relatively quickly. The technologies used are:

Exoskeleton: it covers the racket with padel. It is 100% carbon and it is this technology in large part that gives it its rigidity. Obviously, this technology with carbon will provide resistance and durability. To see in the long term, if this technology makes the difference with other brands.

Color carbon titanium: This technology is a layer of carbon to improve durability. Combined with the exoskeleton, the racket is likely to last in your hands.

Smart Holes : It is a form of intelligent hole distribution to absorb spin and increase its spin from the impact of the ball. In fact, Adidas uses this technology differently depending on its racquets. As a result, this technology does not seem to have an impact in the game most of the time except for some that we will see a little later.

This is the top model from Adidas. It is the racket which allows a maximum of control. Her round shape speaks for her. Its sweet spot makes it possible to control the ball well even if it is decentered. That's a good point. The racket is a 100% carbon and therefore very logically offers good resistance.

This is the top model that adidas has taken to control the players. Its round shape gives a complete and targeted sweet spot. In addition, it is made of carbon, which gives it good resistance against bumps and scratches.

His EVA gum allows him to cash the exchanges despite its rigidity. If the racket is supposed to be a racket with a lot of control, that does not mean that it is totally unplayable in attack mode. Besides, this is its first characteristic. Despite its very round shape, its slightly forward balance gives it a velocity edge in non-negligible attacks. Coupled with the rigidity of the racket, the Adippower Control is a real Swiss army knife.

As a bonus to further enhance durability, Adidas has incorporated a protective device in the frame to prevent scratches

Adidas Padel logically set up another Adipower but this time focused on attack. The materials are similar to the Adipower Control with an EVA rubber at the core, a 100% carbon frame as at the screen.

You noticed, the big difference is its shape. Unlike the round shape of the Control, the Adipower Attack is “diamond” shaped.

The diamond shape makes the sweet spot non-homogeneous over the entire sieve which is quite logical since it has moved towards the racquet head.

The racket is therefore more difficult to handle than the Control. This is a racket that will be particularly aimed at experienced / advanced players.

Yes this racket is much more powerful than its cousin, but yes it is more difficult to tame. Although, on the fly for example, the ball is sharp and allows us to do less at the level of the gestures with this racket.

This is the attacking racket par excellence.

As for the Adi control, this racket also has a protective device in the frame to prevent scratches.

The Carbon Contro is a model very similar to that of the Adipower Control. Both have the same round shape, with a wide and centered sweet spot.

Also, we have this famous protection device. The racket is composed of a rubber core with its eva rubber, the frame is 100% carbon.

The difference lies in the sensation of rigidity. This racket is clearly more flexible. It loses velocity but it gains in maneuverability.

There is also a feeling of having a more centered weight and even closer to the wrist.

To conclude this racket will be primarily for defenders who do not like stiff snowshoes and want to have a racket that we have more in hand.

This Adidas Carbon Attack racquet is very close to the Adipower Attack.

Both rackets have the same “diamond” shape. The difference is in the stiffness of the racket less important in this Carbon Attack.

Which says drop of this rigidity, says most often increase of the handling and the handling of the racket which is the case. It seems more tolerant too because the sweet sport refocuses slightly.

The impression is that the weight seems better distributed. But beware, the racquet remains an attacker's racquet! 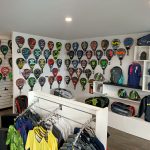 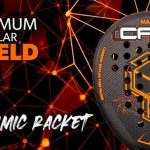