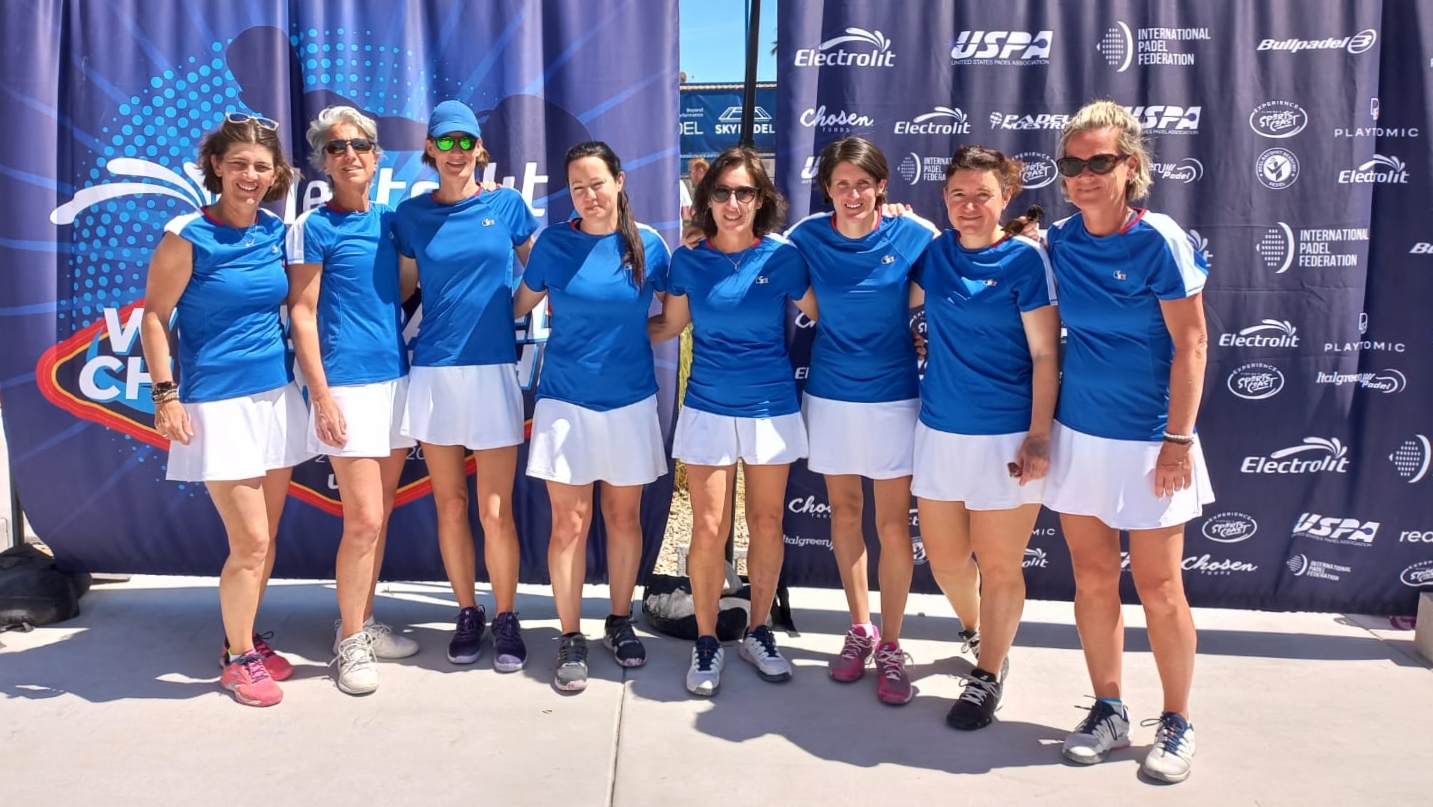 Victorious with a score of 2-0 against Sweden, the French finished 3rd in these Senior Worlds+ and therefore succeeded in achieving their initial objective which was to leave with a medal around their neck.

Mission accomplished for the tricolors

After disappointment of the meeting against Italy, the French women were keen to finish these World Cups on a good note and to fulfill the objective set by the coach Line Meites : return with a medal from Las Vegas. But for that it was necessary to take the best on Sweden, which was eliminated by Spain at the gates of the grand final.

In order not to stir up the painful memories of the day before, Line and the girls decided to start with new compositions to bring a new dynamic. The first pair aligned (in +55 years) included Catherine Lalanne and Peggy Maignien. This duo has not done in the lace since it took the best on Helena Dahlström and Ingela Phil in 2 sets.

In the +50 years old category, it is the pair made up by Amélie Detrivière and Emmelien Lambregts who was chosen to “secure” victory. A match on paper quite difficult to play, because the stakes were high: if the French won, they automatically won the victory and therefore the bronze medal. Sure of their strength and demonstrating excellent stress management, they did not give the slightest chance to Antoinette Andersson and Malin Talcoth, winning in two sets like their friends in the first meeting.

A medal… which calls for others

Very solid throughout this tournament, Les Bleues left a very good impression on the slopes of Las Vegas. Third, they place France as one of the emerging nations of the padel and fulfilled the contract which was to leave with a medal at the end of these worlds. It is therefore time to celebrate now in the tricolor camp. Never satisfied, they will aim at the next senior world + to do as well, or even better, with the hope of leaving with a medal that would be even more beautiful around their necks.