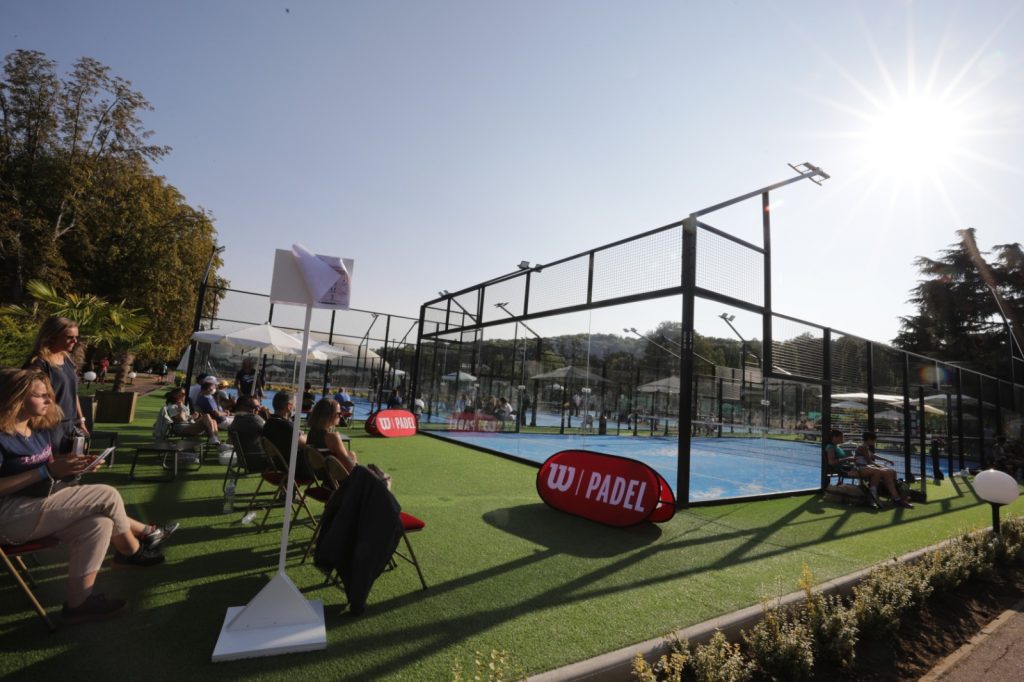 The day of Saturday ends at the Pyramides club with big matches and interesting surprises for the rest of the season.

Focus on the first P2000 in the history of French padel.

At the top of the table, the seeded n ° 2 in the table had some scares in his quarter against JT Peyrou and Max Moreau. If the 1st set started quietly, the match was clearly packed in the second with in particular exceptional defenses from Moreau / Peyrou, a pair which could well establish itself in time.

But Scatena / Tison was too strong in attack and managed in key moments to repel the offensives of Peyrou / Moreau.

In the semi-final, Scat / Tison will play against the scorers of the Haziza / Maigret pair: Britos / Inzerillo. This is not necessarily a surprise: For observers, the Franco-Argentinian pair could even be one of the favorite pairs of the tournament.

The coach of the Pyramids - Player's Academy, Jérôme Inzerillo has been showing incredible things since this morning. Consistent and fast, he has been able to gain the upper hand against his opponents for the moment.

Even if… in the quarter, Rémi Gourre will have a very good match in the diagonal of Jérôme Inzerillo, while Jérôme Ferrandez has often managed to contain the attacks of Andrés Britos. “Ferrandez / Gourre, the return to the French circuit? ”

And of course, what about the devil of Andrés Britos? The No. 69th player in the world surprised spectators. The French pair will have to put out a huge match if they want to get out of this semi-final.

We are not going to hide: This is the poster for the semi-finals!

Their game is nothing extraordinary and yet she always manages to be part of the last four. Against the “BB”, Lopes / Authier is not that far despite the defeat in 3 sets. Remember: Justin Lopes is a selection in the French padel team in 2019 for the European championships and a victory also against the French champions last year during the Master of the FFT PADEL TOUR in Marseille. And what about François Authier? Mr. 0 fault. One of the metronomes of French padel.

In the end, Bastien Blanqué and Johan Bergeron win but on the edge! In the semi-final, the champions of France will clearly be the favorites of the confrontation. They will be opposed to the northern pair Fouré / Garcia.

A small surprise, since she leaves the seed n ° 3 of the table in the super tie-break of the 3rd set: Le Panse / Boissé.

After seed 8 and seed 3 in the table, will she manage to bring down the French padel champions?

The matches are scheduled for 10 a.m.

Among women, the favorites did the job

All the quarter-finals were quite expeditious at the end of the day. The seeds have won their respective matches with authority. These services lead us to believe that theSunday will be more opposition between four pairs full of confidence.