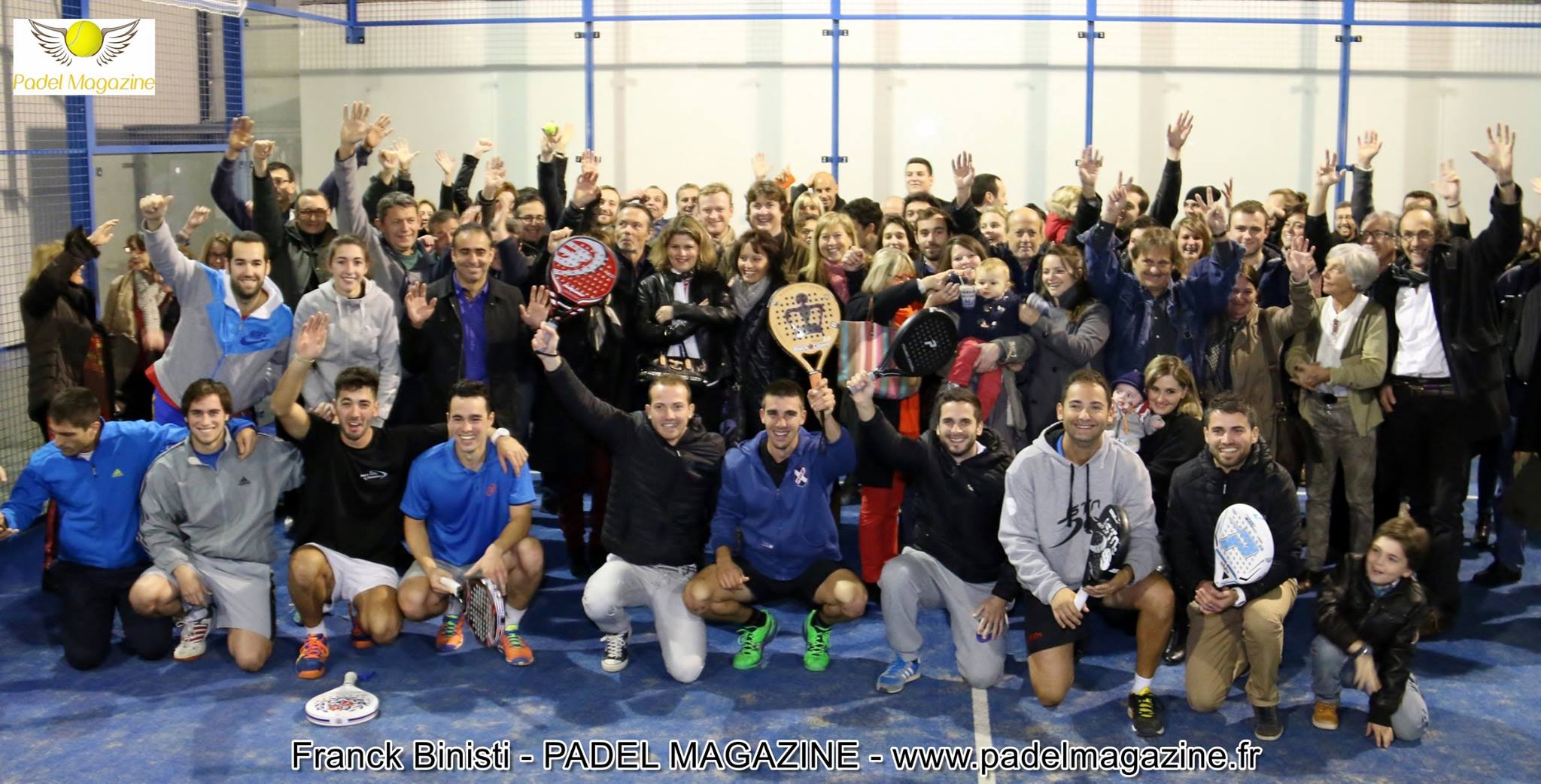 Padel Magazine - Padel Arena did not see small during its inauguration on November 29. Firstly because this event actually lasted two days, notably with its tournament that the managers organized in parallel, but also because Padel Arena offered a beautiful evening of padel with an exhibition that allowed spectators to see almost the full extent of this sport and a small live jazz concert that closed this inauguration of the Padel Sand.

New players, not least, have also been tested at the padel, including former Sports Minister Valérie Fourneyron, Ugo Legrand, 2012 Olympic Games bronze medalist and European vice-champion of track and field. the 1500 meter, Kader Chekhémani, who is currently working on the development of sport in Normandy:

To return to the tournament, it is the famous pair Sylvain Jimenez and Loic Lepanse of the Champigny and Servon club who won in 3 sets (6 / 3, 6 / 7, 6 / 3) against the club pair Pyramids Franck Binisti and Christophe Yves who had already passed very close to the defeat in the semi-final against a Franco-Spanish pair. Sylvain and Loïc did not deserve and fought to win this final since they were led by a break in the 3e set before returning to the game and win this final decisive set. They confirm that it is necessary to count on them and that it will be necessary to count even more on them for the championships of France planned next year.