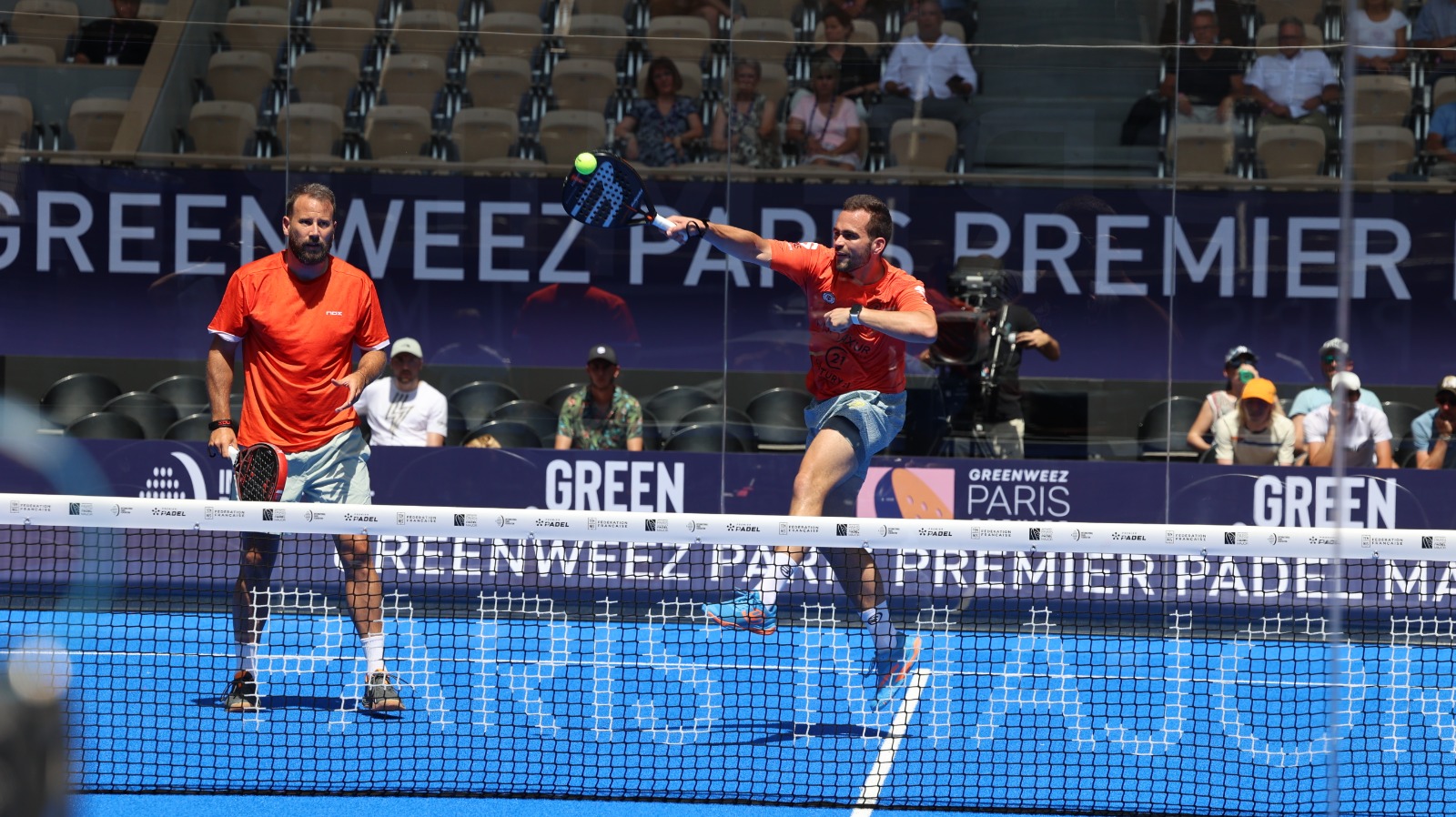 The Lima/Stupa pair won by conceding only two small games against Blanqué/Maigret (6-1 6-1) during this round of 16 of the Greenweez Paris Premier Padel Major.

On their planet. Despite a desire on the part of our French to put intensity in the meeting and to be very aggressive, it is the Argentinian-Brazilian pair who dictated the pace of the meeting.

The first set was particularly frustrating for our Blues, because despite the relatively severe score, Bastien and Adrien will have had mini opportunities to hang on more. Unfortunately, it was precisely on these occasions that the number 3 seed increased its level even more, to remove all possible doubts. In an expeditious manner, Franco Stupaczuk and Pablo Lima won the first set with the score of 6 games to 1.

In the 2nd, the tricolors understood that it was absolutely necessary not to let the favorites fly away. Unlike the first set where they had to wait until the 5th game to score their first game, this time from the 2nd game they opened their counter. However, their opponents didn't feel like hanging around the court today and penalized them two games later by taking their serve. And this break unfortunately sounded the end of the meeting since behind the seeded number 3 no longer conceded the slightest game…