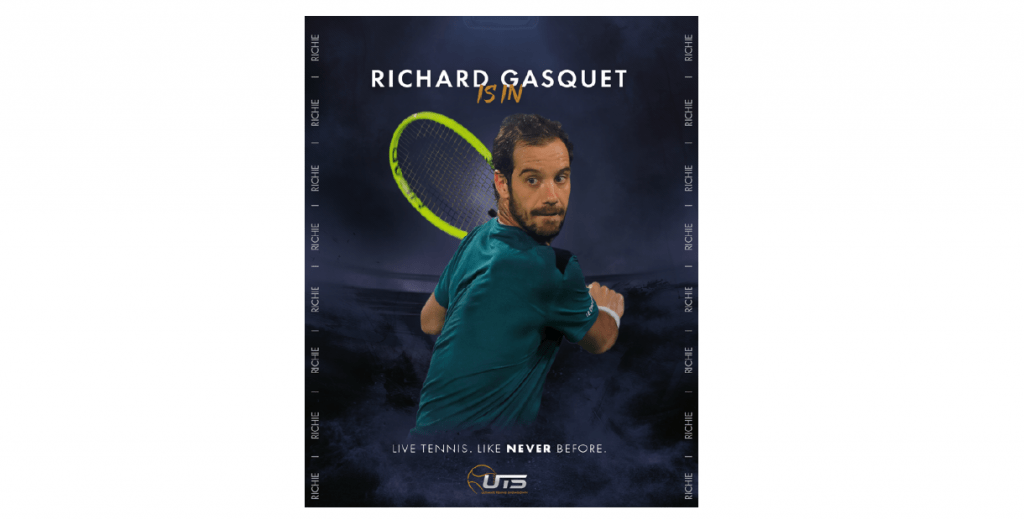 After Benoit Paire and Lucas Pouille, Richard GASQUET is the third French, and not the least, to join the prestigious plateau of the Ultimate Tennis Showdown (UTS), the first major competition organized in France since the deconfinement, which now consists of the following seven players:

“I can't wait to take part in the first edition of UTS. I know that tennis fans are looking forward to seeing tennis live again and I am sure that the modernity of this new format will please them, ”said Richard Gasquet.

By launching his new league, Patrick Mouratoglou aims to revolutionize the traditional experience of the tennis spectator.

“At the origin of the creation of the UTS arises a simple observation: tennis today needs to reinvent itself. The average age of the tennis fan is now 61 and continues to increase. The world around us has changed and the way young people consume sport and tennis has not changed in a decade. We live on the basis of fans from the 70s and 80s but cannot attract young people ”.

During the “golden age” of tennis in the 1980s, fans watched tennis because there were, to put it simply, good guys (Bjorn Borg, Mats Wilander, Yannick Noah) and the bad guys (John McEnroe, Jimmy Connors, Ivan Lendl). Like a film, the success of tennis rested on these strong antagonisms between the best players. In addition, the players did not hesitate to share their emotions - positive or negative - with the public, and by extension the viewers.

By giving players a platform to express their emotions without restraint, UTS has the dual objective of attracting a large audience and reconciling the youngest with tennis. ”