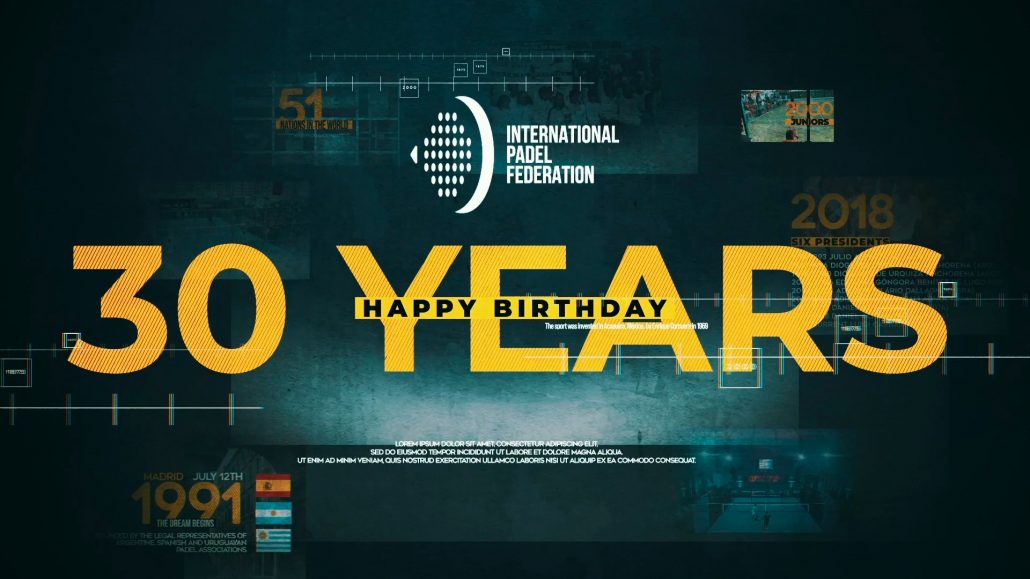 Monday July 12 marked the thirtieth anniversary of the FIP, International Federation of Padel.

Founded in 1991 in Madrid by Spain, Argentina and Uruguay, it is the governing body of padel in the world.

It brings together 12 million practitioners for more than 300 licensees across the globe. And this number has not stopped climbing as the sport becomes more and more popular.
In fact, the FIP sees the number of countries affiliated with it increasing each year, on the 5 continents.

Since 2018, we can count 35 member federations of this organization.

Its main purpose is to facilitate the development of padel for everyone, all over the world.
But also of promote this sport for all levels and all ages, whether we are men, women, children, disabled ...

And finally federate all the major players in this sport, such as regional and national federations, clubs, players, manufacturers and all partners.

Since its creation, it has been led by several presidents who have left their mark and participated in the development of the padel.