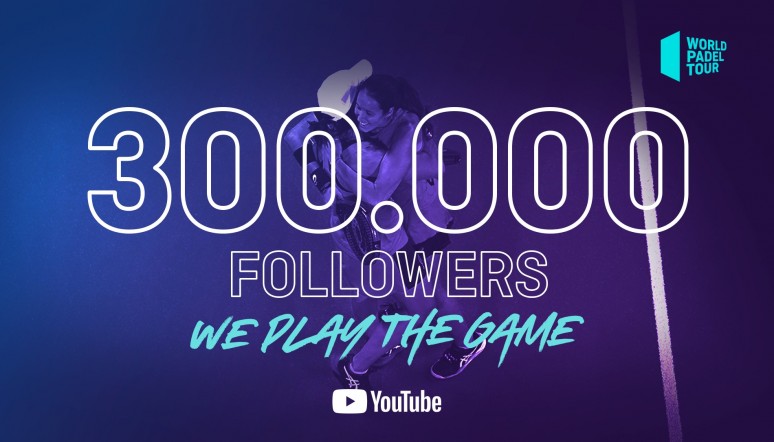 The stage of World Padel Tour en Sardaigne was a real success in terms of views on the channel YouTube. A shattered record which shows the growing interest of aficionados for padel in live.

The figures are given by World Padel Tour himself. It is the first time in history that so many people have found themselves in front of a screen to watch padel matches.

It should also be noted that this was the first time that the circuit of the best padel in the world has set foot on Italian soil. Several firsts that are a real pleasure for the organizers, the players and of course for us too.

Over 3 views. This is the total number recorded by WPT for all matches broadcast in Spanish and English. One could expect it all the same since because (or rather thanks to the point of view of the spectators) of the weather, the round of XNUMX have been broadcast (whereas usually the WPT only broadcasts from the quarterfinals): more matches to watch, so potentially more views, that seems logical. Despite everything, we talk as always about only 3 days of broadcast: Friday, Saturday and Sunday.

72 000 people live. Total views is one thing, but simultaneous number of people is another. For the finals on Sunday afternoon, this number of viewers had never been reached.. A first.

334 000 subscribers. An incredible figure. The YouTube channel of World Padel Tour becomes one of the most watched and appreciated channels with this amazing number. For information, this tournament weekend was classified like “trend” by own YouTube.

We can say that the high level padel always attracts more people and that the padel itself becomes an activity always more appreciated, practiced and which arouses curiosity.

But where will it end? World Padel Tour ?