Laura Clergue has a dream and she wants to get there by working so as not to have regrets.

I finished the previous chapter by giving you an idea of ​​the program of my coming weeks. Now I'm coming back from these super intense weeks and with a lot of things to debrief with you. In bulk: a Spanish team medal by team, the experience of the WPT Santander, a new teammate found and still a crush of my current life.

Medal of Spanish champion by team

To start, I came back from my weekend in La Nucia, with the medal of Spanish champion by team around the neck. Flight? Maybe we can call it that, because I found myself on the top step of the podium without tiring myself that much. But I keep this weekend an extraordinary memory in this team of Monte Carlo Arena Entrena Padel. Wear the same colors as the best players in the world, and end up feeling comfortable among them because they are super friendly with you, it is priceless. A meal between sisters Alayeto and Marta Marrero, an intense discussion on a chicken leg with Bela and I am boosted for several weeks. No chance that I sulk my pleasure.

The World Padel Tour of Santander

Another milestone of recent weeks, my participation in my first World Padel Tour (WPT) of this new season, that of Santander. I played with Filipa, a Portuguese player and I was very satisfied with our result, my coach Gaby too. We passed the pre-qualifying phase and lost in qualifying against 1 number 6 head of those qualifiers on the tight 4 / 6 4 / XNUMX score. I noticed something new about my games here. I still hate losing so much but I learned to lose without questioning my whole life. Here the defeat always hangs over us, so much the level is raised in all the tournaments. So I learned to draw the positive from these defeats especially since I usually go out of games at the moment having the feeling of having made the best match of my life and I now really notice my progress. I do not have time for any misplaced pride following a defeat, we have to go back to direct work.

In addition, other super positive information of recent weeks, I found a new teammate for the next Spanish tournaments and the WPT and I am delighted with our new team. Her name is Meli Garcia, she is in the 10 top of the Madrilenian circuit, is right handed, has 27 years, and plays really well! It makes me laugh because looking for a new teammate makes me think a little about both looking for a job or the beginning of relationship with a guy. Here we organize a first training match to see what this gives, the coach of each of the players is there. As much to say that stress at this time is important, here I am with the impression of being at a job interview. As always, I decide to give everything in the field and use the humor to communicate, and to make me believe that I am over relaxed and natural. That's exactly how it happened with Meli and in the field we get along very well right away. Then finally, once the training match is over, we wait for a text message, a whatsapp, an Instagram ad, a tweet, whatever gives us a positive signal after this first test match! Fortunately very quickly after the training, her coach is herself tell me about the super positive feedback, my coach also shares this opinion. New team formed, I am delighted!

Direction A Coruña for the WPT

Le next World Padel tournament Tour will take place at A CoruñaIn the second week of May, in the meantime, I will play some small tournaments here with Méli. The time between these first two World Padel Tour is long enough for girls, and it looks like a new pre season. This is good because for me all this preparation time is needed to put my game in place. In addition I changed physical trainer a few weeks ago. I am now working with Pablo Bernardi. And I can tell you that he understood that a new pre-season was available to me, and that I had several weeks to suffer physically without this having a negative impact on my results. So I suffer every morning during my almost two hours of physics, and the worst thing is that I like it. Fortunately my super physio Bones in Klinika Form who is there to get back on my feet every week! a big thanks to him !

You will find below my planning by the end of the year, which gives an idea of ​​my pace of work and the many journeys that await me.

As soon as I can, I go to France to do a little tournament with my teammate forever, Audrey Casanova and to recharge the batteries with my family and friends. But I learned to space a little trips to France, because I must admit that my return to Madrid after are a little complicated because I'm tired and my heart and my head are sometimes several days in France. I think they just miss me and that feeling is human. But it does not spoil my pleasure to live here, dedicate all my time to my passion and live my dream thoroughly to regret nothing.
See you soon !
Kisses from Spain
Laura Clergue 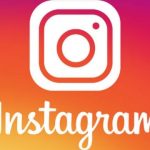 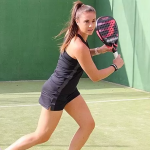 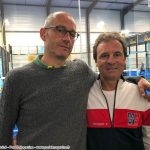 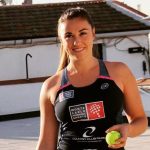