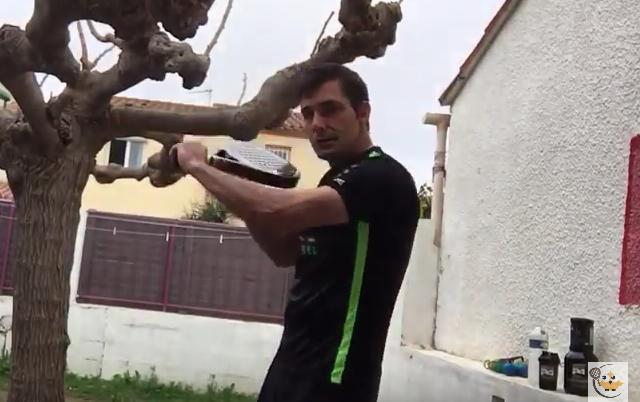 José Luis Salines, coach of the Mas in Perpignan, the Béziers Padel Club, the Area Padel Narbonne, and the Sète Padel Club, is one of the greatest padel specialists in France.

For this fifth confinement training, we focus on the padel part.

José Luis Salines offers you a workout that can be done at home and for which you will need almost only your racket and a ball.

We start with three minutes of warm-up : 100 turns of jump rope (failing this we will make small jumps without the rope), some jumps not chased, a little running, and a small joint mobilization, unlocking in some ways. You can also do some cladding If you feel like it.

We move on to exercices :

Then we rest for two minutes, and we start all over again!