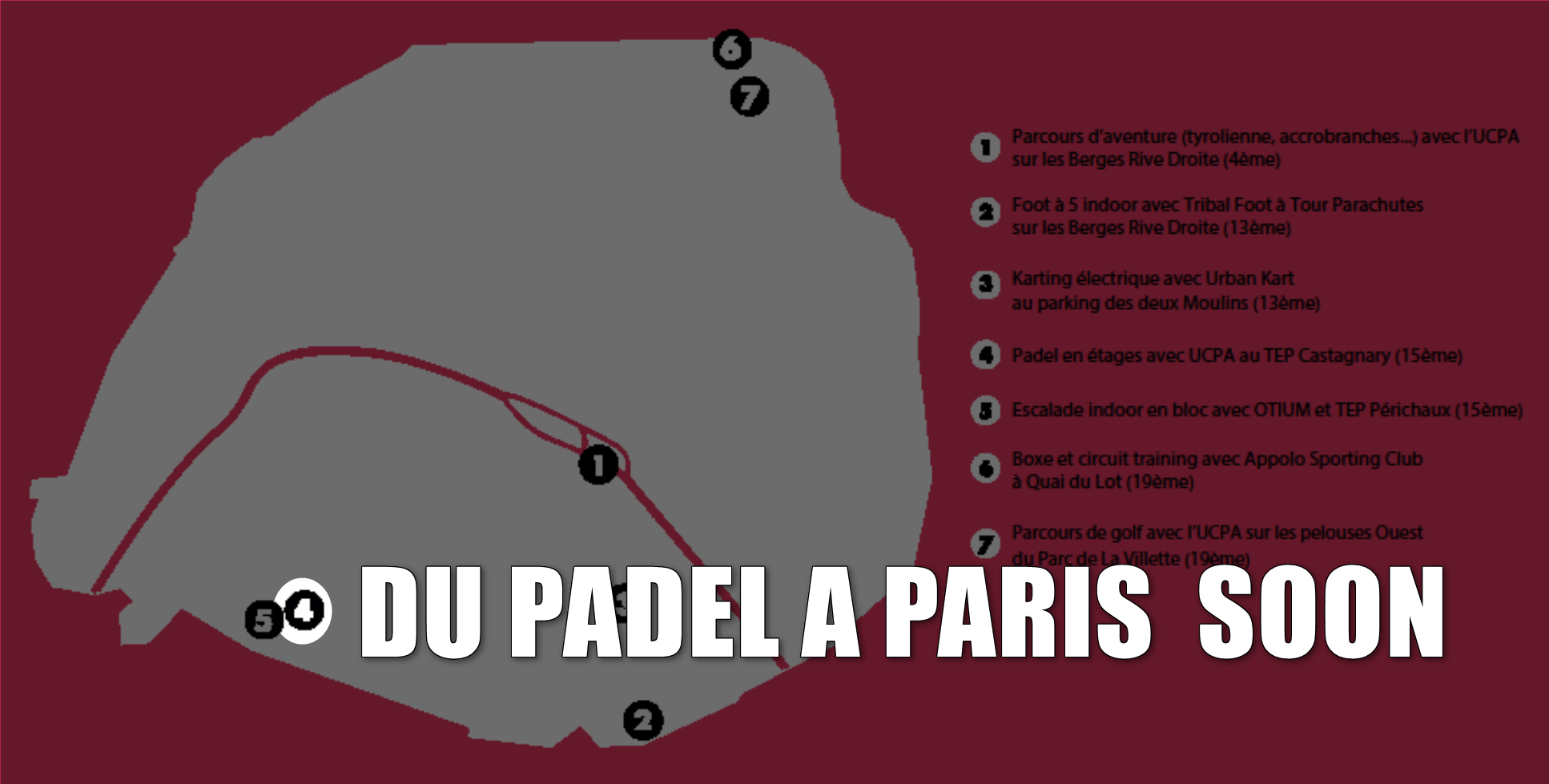 We will have padel in Paris by next year. It is officially validated by the town hall of Paris which accepted the offer of the UCPA to build 6 plots of padel during a call for tenders from the city of Paris.

The city of Paris offered at the beginning of the year 14 urban sites for the realization of sports projects "new, diversified and innovative whose land is available for up to 5 years"Explains Jean-Francois Martins, the sports assistant of Paris.
If several padel projects have been proposed in Paris, it is the site of Castagnary in the 15e district of Paris which has been validated for the padel won by the UCPA.

The conditions were as follows:

The UCPA, the project leader thus offered on this site the Castagnary 6 terrains on 2 levels, double and single on each floor of the structure. Yes, you've understood, like some 5 football clubs, the padel will be on 2 levels, "floor". A priori the land will be in "semi-indoor (semi-indoor) to practice in all weathers + Space bar-cafeteria".

Schedules of the future padel club

If the club, a priori, is only temporary, since the convention does not exceed 5 non-renewable years, the UCPA strikes a blow by proposing the first structure of Parisian padel intramural.

12 comments on “Padel in Paris intramural: It's now"