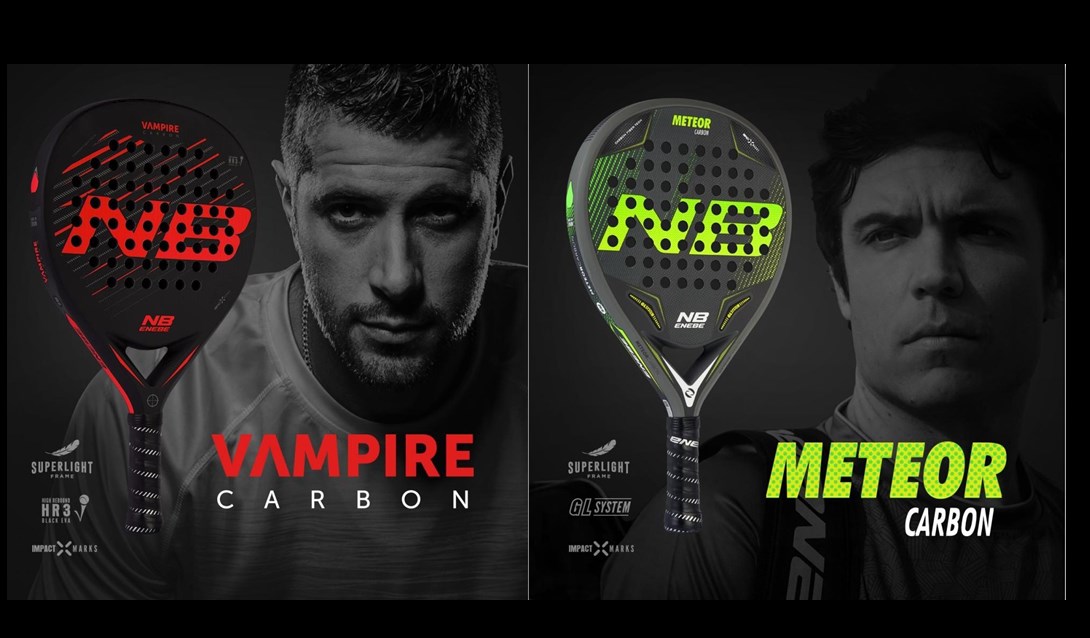 [toggle title = ”Already on sale on ENEBE SHOP” state = ”close”] Enebe Padel highlights 3 padel rackets including 2 rackets that can be purchased now on the ENEBE SHOP website. These are the ENEBE METEOR CARBON and the ENEBE VAMPIRE CARBON. [/ Toggle]

The ENEBE METEOR CARBON:
ATTACK ALL! 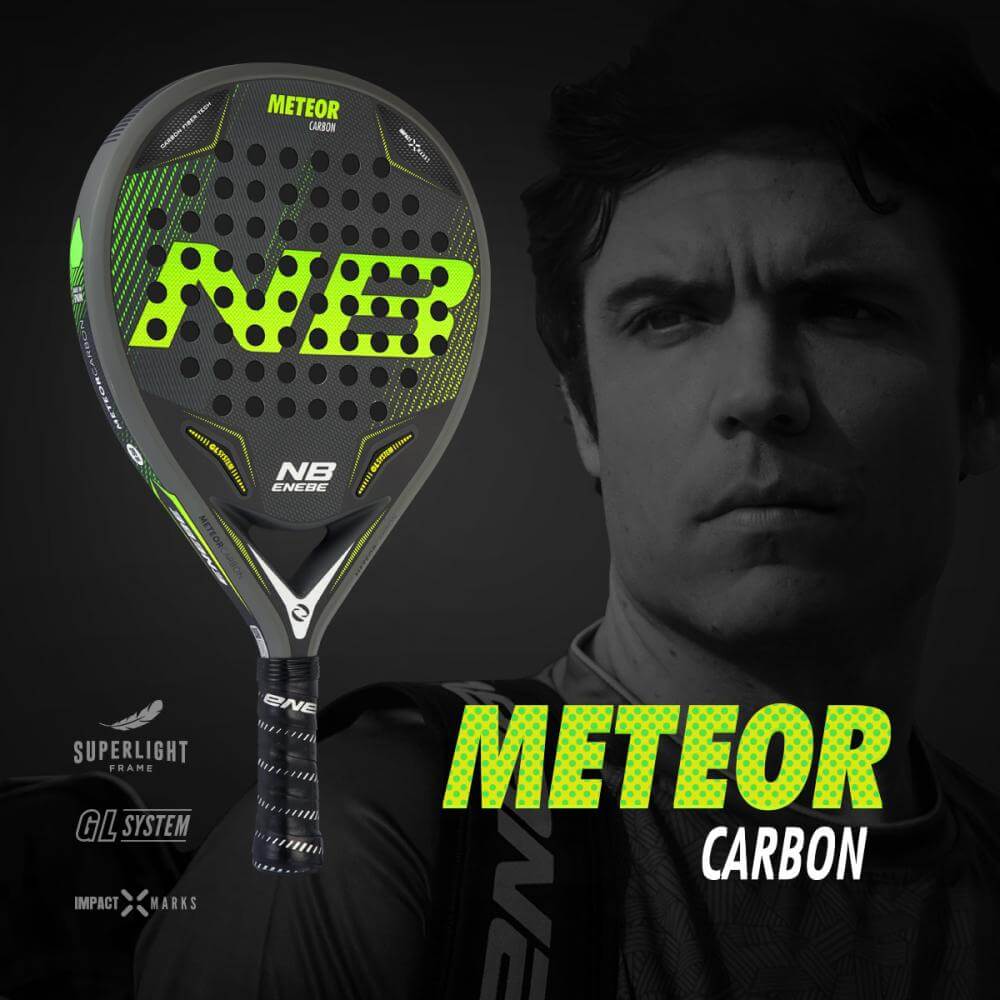 For fans of the ENEBE ATTACK, the ENEBE METEOR will please… To improve performance, the ENEBE research and development office has worked on a Superlight frame. This is a new frame with reinforced carbon that increases the life of the racquet and improves power by delivering more precise shots. ENEBE continues to rely on its GLSystem technology, which provides good cushioning against bullet holes and reduces the risk of injury. Less vibration is also more comfort. Note, however, the double layer of carbon which accentuates the hardness and therefore the rigidity of the racket, which is rather a good thing for attackers looking for a nervous racket.

The VAMPIRE ENEBE:
A racket for all styles 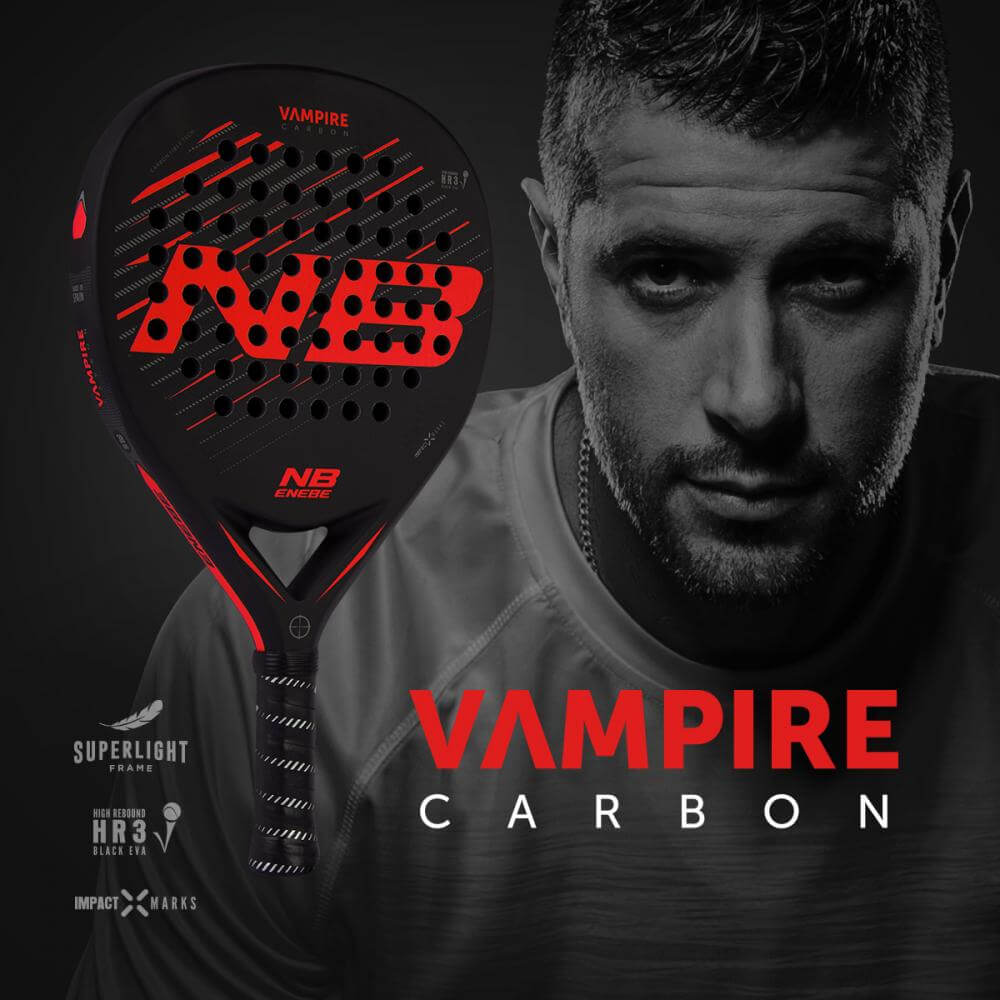 It recalls the famous racket AEROX ENEBE. The ENEBE VAMPIRE is the new top-of-the-range racquet from ENEBE on the balanced racket racquet. She is Sophisticated and powerful. This is the She has a sacred look. The racket adapts to your style of play. You can defend as attacking. Racket rather balanced thanks to the carbon evenly distributed at the frame. Like the METEOR, the VAMPIRE has an innovative Superlight Frame, also in carbon, which gives strength and power. The VAMPIRE also has a wider sweetsport than the METEOR. It is more tolerant when decentering the ball. For the brand, it is the most versatile racket. A special touch with the added effect of Marks impact technology.

Both rackets are already on sale on the ENEBE SHOP website.