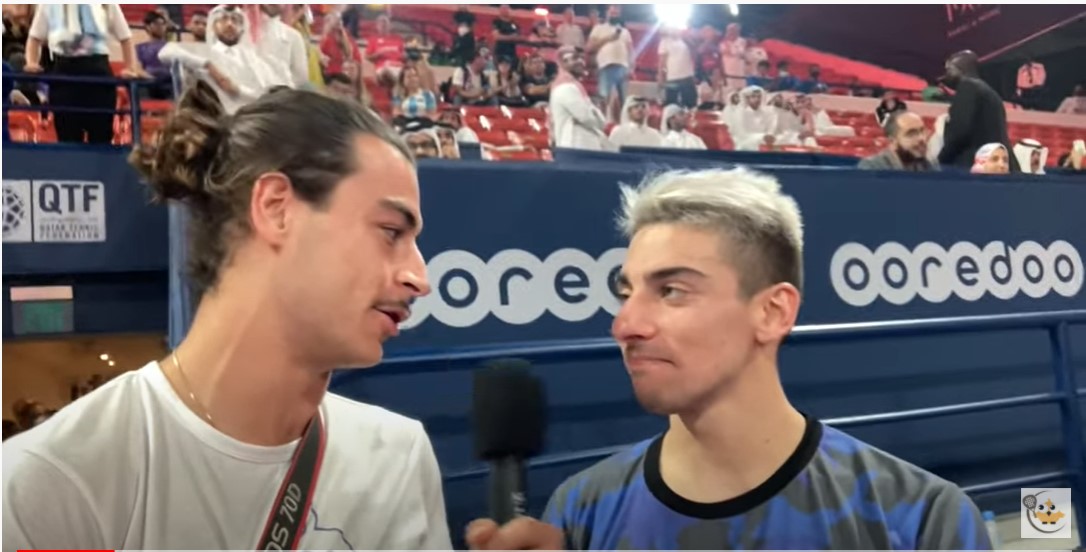 As many of you predicted, Spain won the World Cup on Saturday night Padel 2020 in Qatar.

The Iberians achieved a double that was not necessarily won in advance, especially among the men, where the Argentines had a real armada.

Moreover, it was believed for a long time that the players ofAlbiceleste could pick up at one point everywhere, as Martin Di Nenno and Fernando Belasteguin led 5/2 in the third set against Paquito Navarro and Juan Lebron. But those who shared the track in 2019 on the WPT then chained 5 games in a row to offer the coronation to their selection.

At the end of the meeting, Padel Magazine had the chance to exchange with the young Martin Di Nenno, inevitably disappointed.

The 4th player in the WPT ranking returned to his match alongside Fernando Belasteguin and spoke about his feelings following this defeat.

"We had good chances, at 5/3 we did not know how to seize the chance to close the match. These are the ups and downs of sport, I'm a little sad because I was lucky enough to be able to play with Bela but we didn't manage to equalize at one everywhere."

He pursues :" We are happy to have been able to play against the numbers one of 2019, unfortunately we were not up to it during this meeting ”

All eyes are now on the next world.

Where does it take place? Which nations will be in the spotlight? Which players will have the chance to participate?

Martin Di Nenno meanwhile remains fixed on his goal: to have an excellent year to be selected again.

For him "defending the colors of Argentina is a real pride ”, so he intends to keep working hard to have a chance to get his revenge next year!