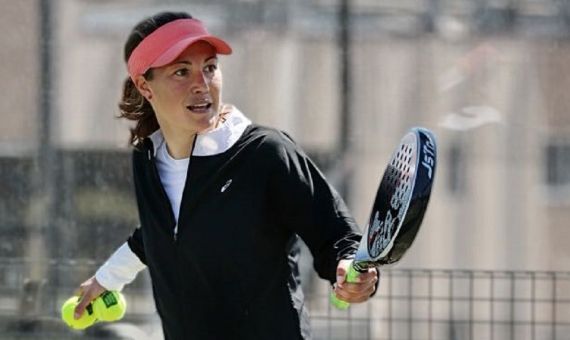 During our visit to the European Championships Padel, we were able to share a few moments with the very nice Marcela Ferrari. For those who do not know her, Marcela is the current captain of the Italian women's team, and also coach in Spain of professional players.

Not easy to interview Marcela Ferrari during the 2019 Padel European Championships. A very solitary character, loved and recognized by all. Coach of famous players like Fernando Belasteguin, Pablo Lima or Gemma Triay and Lucía Sainz, Marcela Ferrari brings to the padel a friendly side, a smile, and especially conveys his passion for the sport, the beautiful game, the respect of the competition and the opponents.

This interview was made after the second match of the team semifinals; France was in the final and Italy also qualified.

A Marcela Ferrari happy to take his "squadra" in the final against France. At the microphone Padel MagazineMarcela recognizes the hard task ahead of French players who have achieved great things in the Open tournament. The public, the support of the entire men's team could tip the scales on their side, unfortunately no, because we know the outcome of this women's final.