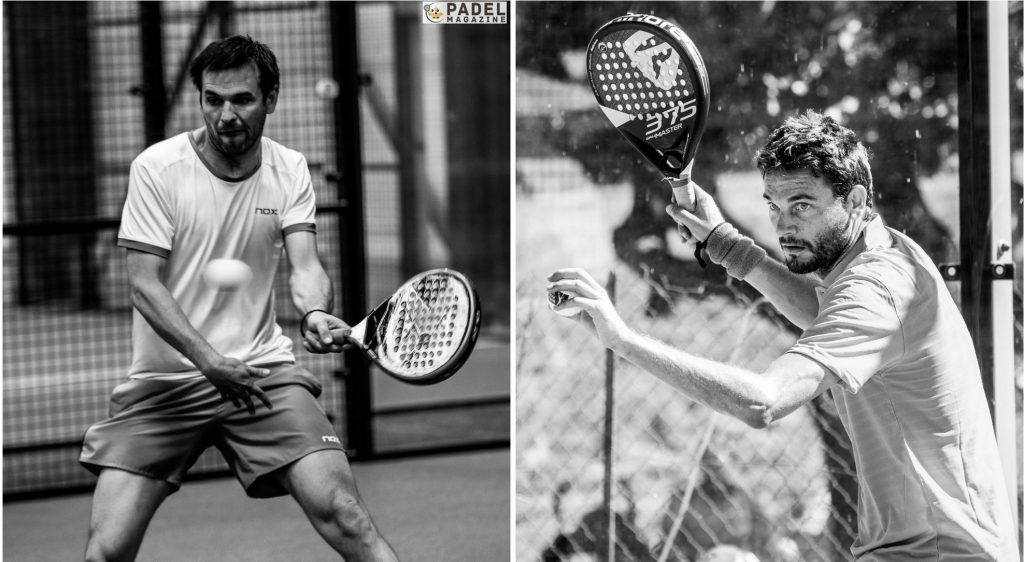 The Sardinian Open will go down in the history of French padel. Jérémy Satena and Benjamin Tison succeed an exceptional course despite the defeat in the final of Previas.

The Spanish pair Antonio Luque / Jon Sanz Zalba had managed to beat the experienced pair Gadea / Nerone in the second round of the previas in 3 sets: 4/6 6/3 3/6. A victory which is not really a surprise, even if the march seemed gigantic.

Do not rely on the ranking of Jon Sanz Zalba. It's about a future spanish padel star. The 20-year-old is the 97th player in the world and we will certainly see him again in the highest spheres of world padel. By his side, the native of Jaen, Antonio Luque, 80th player in the world, with already a nice past in the padel.

The French pair found themselves for the first time in their history in position to access the first main draw of a World Padel Tour Open.

Scatena / Tison start their match in the best possible way: focused and offensive. At the point where the French break at 2 everywhere, thus finding themselves in front of the score. The French managed to hold their break until the end of the first set to win 6/4 in 30 minutes.

At 1 set from the issue, but the Spaniards hang on. It's up to them to break the French to lead 3/1. the French pair are holding on to avoid being double broken at 4/1. Antonio Luque / Jon Sanz Zalba plays very well and makes very few mistakes to allow the French to come back in this second set. The Spaniards win 6/3.

The third set is extremely tight. Both pairs struggled to advance to the previas final. At stake, a place for the main draw of the Sardinian Open. For the French it would be a first. But for the Spaniards, it is also very rare. In 3, Antonio Luque had already accessed it during Vigo Open 2019. But it's starting to date.

In this decisive set, as in the 1st set, break… but this time in favor of the Spaniards, and serve to follow to lead 4/2.

The Spaniards hold the match despite the attempts for our French to return to the game. The break achieved in this 5th game of the 3rd set is worth gold since it allows to propel Luque / Sanz Zalba in the main draw with a final victory by the score of 4/6 6/3 6/4.

3 out of 4 chances of being in the table tomorrow!

Let us first remember that the French started in preprevia and therefore won 4 successive matches which will allow them to fill up on points! An already very successful tournament for the French men's delegation since the reigning French padel champions Bastien Blanqué and Johan Bergeron had also managed to reach the previas.

But there is still a chance for the French Tison and Scatena to play tomorrow, and even three chances out of 4, since we find 3 Lucky Losers in the main draw. Even if the French have no luck with the dice, it will remain an exceptional tournament!