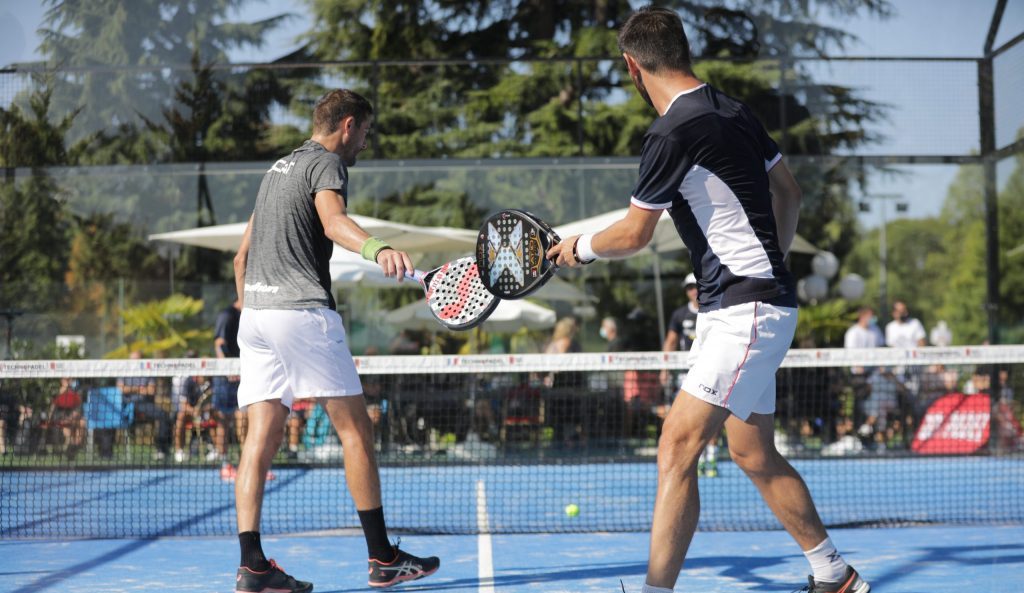 The P2000 of the Pyramids is coming to an end, and we will be able to witness a galactic finale this afternoon.

The spectators present at the Pyramides club vibrated during the effusive semi-final between Scatena / Tison et Britos / Inzerillo.

Very disputed exchanges with many exits by 3 of the Franco-Argentinian pair who tried, in vain, to defend against Scatena / Tison. The World Padel Tour pair were on fire late in the morning, and secures his place in the final on a score of 6/3 6/1.

“We gave everything on the pitch, but today it was not possible to beat them. We must congratulate them. ” commented Andrés Britos hot.

On their side, Bastien Blanqué and Johan Bergeron were expeditious with the surprise pair Garcia / Foure. They concede only one game (6/1 6/0), and keep strength for the fight this afternoon.

The pair's journey Garcia / Tote is to be greeted with a very nice victory in the quarterback snatch last night.

“We had a great game last night. We were very smart on the pitch with tactical choices that allowed us to get back into the match and win the final tie-break ” tells us the northerner Lilian Fouré.

The men's final is scheduled for 15 p.m., but she could argue as a result of the woman final which could well last.