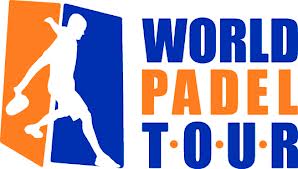 Padel Magazine - What is the WPT? Who are the best padel players in the world? Catch-up session in this article.

19 tournaments are on the program this year and we are at a little over half of the season since eleven tournaments have already taken place.

It is interesting to note that the circuit World Padel Tour does not take place exclusively in Spain. 2 tournaments are really international: 1 stage in Lisbon (Portugal) and 1 in Buenos Aires (Argentina). Hopefully French cities will be affected in the near future!

To return to the tournaments and results, we can see that three pairs raised the winner trophy: If three teams have won at least one tournament at the moment, it is obviously Juan Martin and Fernando, the 1 numbers worldwide, who stand out from their competitors: they participated in 8 final for 7 wins! It is during the 5th stage of the season, in Madrid, that they will taste the defeat in the final, against Mieres and Lima.

Let's just talk about this Mieres Lima pair. We can say that they are extremely regular since they reached 9 times the stage of the final! But on these final 9, they managed to win only 2. Once as seen previously in Madrid, the other in Santa Maria against the Gutièrrez Diaz pair. At 6 times, they found themselves in the final against Diaz and Belasteguin, and lost to 5 times. We can say that this is their pet peeve!

Finally the 3th team, the one we did not really expect at this level, composed of Cristian Gutiérrez and Matias Diaz. They managed to hoist 4 once in the final and raised 2 times the trophy.

We will come back to this pair in a future article because they practice a Padel distinct from other teams.

To conclude, let us mention that another team managed to reach a final, early in the season in Caceres, it is Sanyo Gutierrez and Maxi Sanchez. 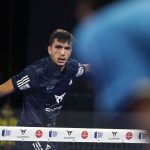