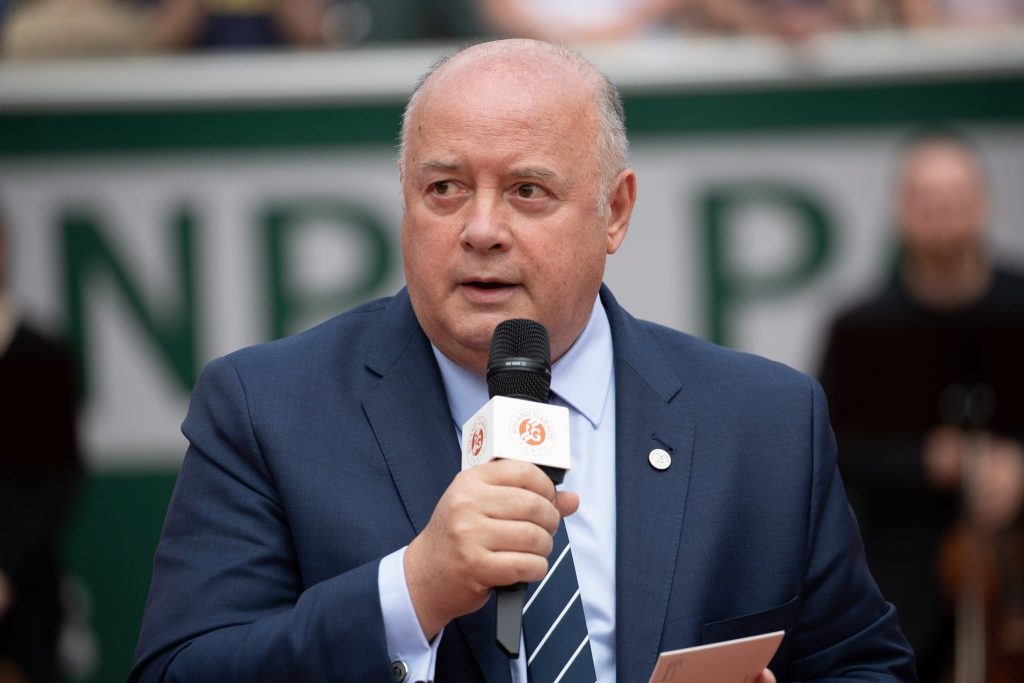 The President of the French Tennis Federation Bernard Giudicelli announced on his Facebook page that the padel should be able to resume this Tuesday, June 2, 2020.

The post published today by the President of the French Tennis Federation Bernard Giudicelli we learn that pending a new decree canceling that of May 11, the FFT will publish this Monday June 1 at 14:00 p.m. the phase 2 deconfinement protocol, which starts this Tuesday June 2, 2020.

This protocol concerns resumption of padel, beach tennis, short palm, and updating of the rules for tennis and paratennis. We can therefore imagine that from this Tuesday, June 2, it will again be possible to play padel.

Regarding the conditions, it is not yet known whether the 4 padel will be authorized. The sports halls reopening in the green zone but not in the orange zone, we can logically imagine that it will be possible to train indoors in green areas, but not in orange areas.

So let's wait until 14 p.m. tomorrow for more information on this subject., but it clearly smells good for the resumption of padel! A second good news today after Miguel Lamperti's announcement of the possible resumption of the World Padel Tour at the end of June ! 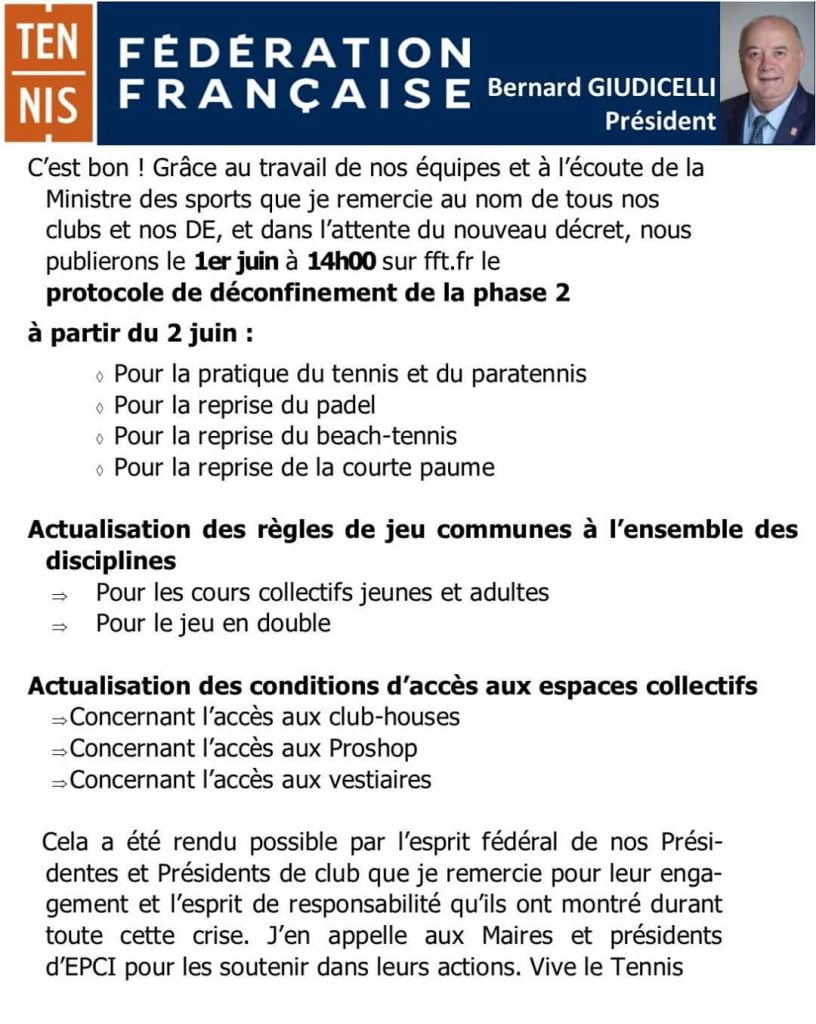 Published by Bernard Giudicelli Ferrandini at Sunday May 31 2020