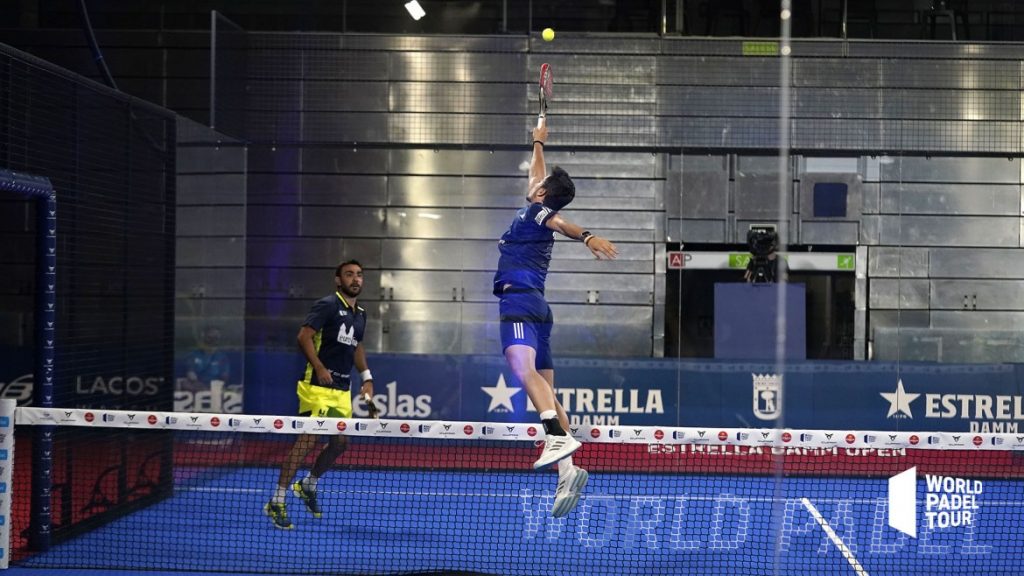 Le World Padel Tour has resumed its rights. If conditions are still not normal, we were still able to attend a beautiful show live on the chain of the professional padel circuit. Beautiful show, but also quick matches and playing conditions that allow flash smash and which bounce very high.

Many of you have made this observation. Let's try to clarify this.

Internet users think the game is too fast?

Many Internet users in the comments asked the question of the quality and / or type of terrain proposed by the organizers.

Indeed, the fans realized that the playing conditions were extremely fast.

In the ladies, we had many “Par 3”. Much more than usual and it also made it possible to show the full extent of the players' technique. The virtual public enjoyed it! This faster game seemed to be interesting for girls' matches, although we could hear that we were losing a bit of this “licked checkers” game, which we usually like.

With men, it's a little different. At the same time, internet users applauded these incredible baseline smashes that hit the ground all week, like the match ball of the final between Lima / Navarro to Lebron / Galan, but on the other hand, many were complained of a game too fast.

Finding the right chemistry is not easy. But haven't we gone to an extreme?

We could easily realize that a lot of smashing was so powerful that the exits were impossible.

The strategy was simple for most players: straight smashes with lift. And even if the opponents were stuck in the net, the ball was often too high to be hit.

Was the carpet different from the usual one? Not to our knowledge…

The fault / thanks to whom? What?

If the players are obviously stronger, more powerful every day, the speed of the exchanges is not only an impression. It is indeed a reality.

Some matches were very fast. Too fast?

Fortunately, we had, especially in the quarterfinals, matches in 3 sets of great beauty. But it must be recognized, the game was faster than usual.

A few years ago, the World Padel Tour introduced a thicker carpet, supposed to slow down the game and facilitate defenses, but it seems that today players are using this carpet to their advantage in smash because it takes effects better. This combined with very flexible panoramic glass walls that act like springs, the fact that smash with effect replaced a bit of flat smash, only in power, who have won so many points in Bela for years. With this new technique, players are able to smash from a distance and therefore shorten exchanges.

The new game format also didn't help with the system “Punto de or” which means that we have more extendable games.

But it must be admitted, the public who found this rule very “eccentric” at the start, finally seems to appreciate it more and more. Note that it is not known at the moment if it will be renewed next year.

The organizers used the Head Padel Pro “normal”. So a priori, it is not on this side that we must look.

You've been a few to talk about the Head Padel Pro S, ball sometimes used to accelerate the game precisely when the climate and / or altitude slow down the game. But we can confirm that this was fortunately not the case during this stage.

It is certainly THE primary reason of the speed of the game that we could attend this weekend. He made up 38 ° C in Madrid, and in the closed room, it was very hot. This obviously increases the speed of the balls, and encourages players to shorten the exchanges, to avoid that the matches do not last too long and that they do not suffer too much from the heat. In addition, it has not rained in Madrid for several weeks and the drought promotes fast play. Finally, Madrid is a city located in altitude, which increases the pressure of the balls, and therefore makes them more vivid.

Who benefits from this fast-paced game?

Many have advanced cost reasons 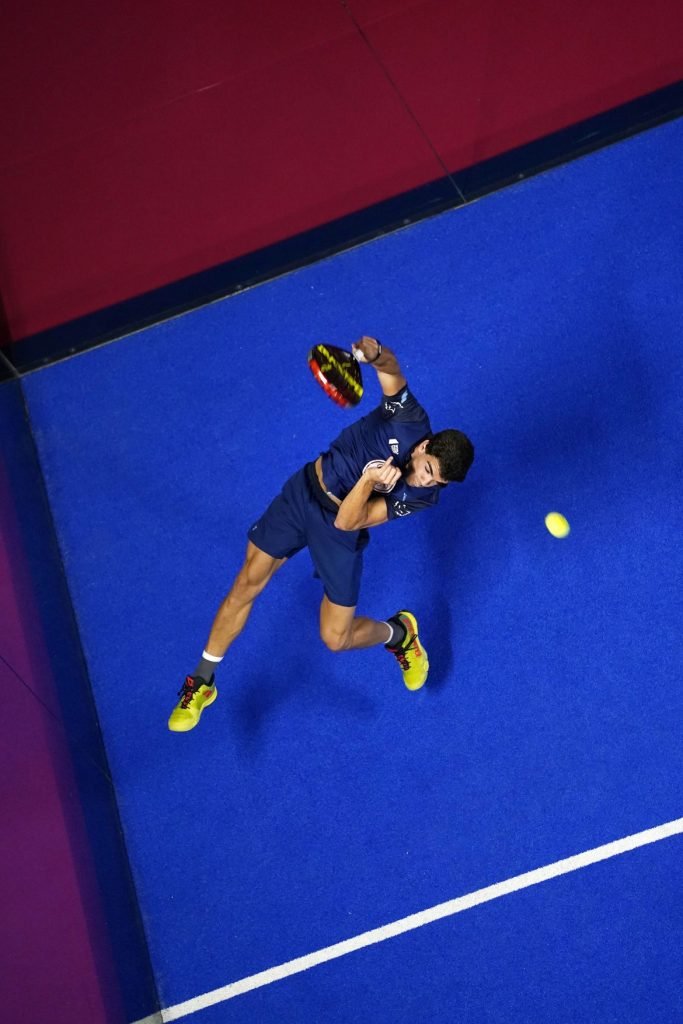 The faster the matches, the faster the World Padel Tour saves money. In our opinion, this argument does not really make sense since they are most often day (or half-day) contracts.

Therefore, whether the match lasts 1 hour or 1 hour 30 minutes, it has no impact on the final cost of a broadcast. And it is difficult to see the World Padel Tour attempt to play with this cursor while the retransmission of the World Padel Tour is a central element in its development strategy.

Remember that the World Padel Tour prohibits any live projection of matches except his own. And for that, we have to wait for the quarters.

Adapt to the criteria of television?

Matches must be faster to meet television codes / standards. In addition, the overpowered smashes, like those in suspension by Juan Tello, or those from the back of the court by Juan Lebron, are perhaps, like dunks in the NBA, what is most pleasant for an audience not initiated. Is the WPT looking to gain new fans by promoting its best athletes?

To avoid injuries to players with the recovery?

Here is an interesting argument that Internet users have raised: “The padel court is very fast to shorten the exchanges and thus facilitate the recovery for the players"

The same in a week?

The next World Padel Tour will take place in exactly the same place in a week. We will therefore see if the World Padel Tour can influence one way or another that the terrains are slower. Or maybe this style of play, which gives rise to incredible smashes, is more attractive to the unaccustomed? Perhaps also that the WPT cannot do anything about it, and that it is the climatic conditions which determine the height of the rebound ... 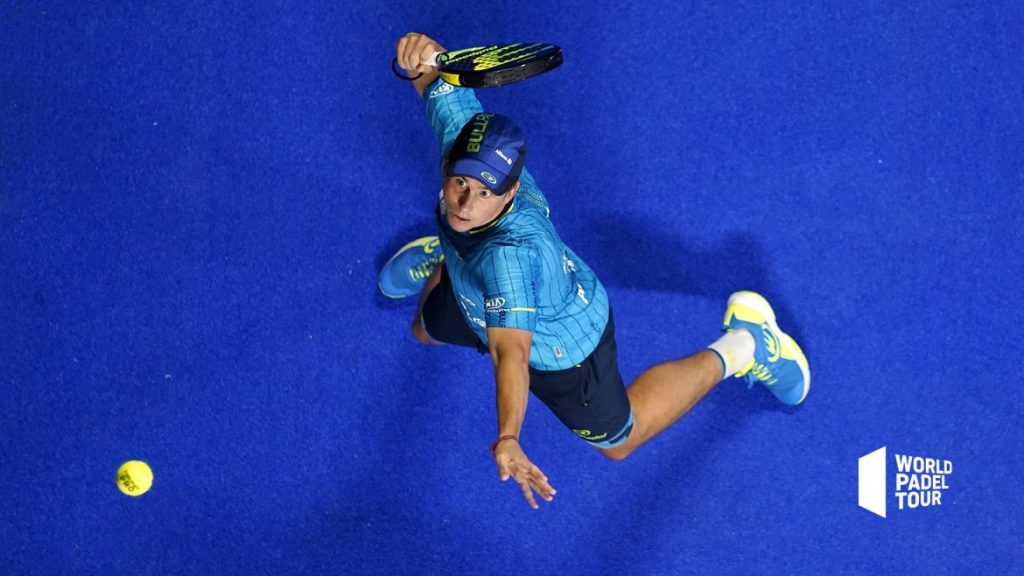