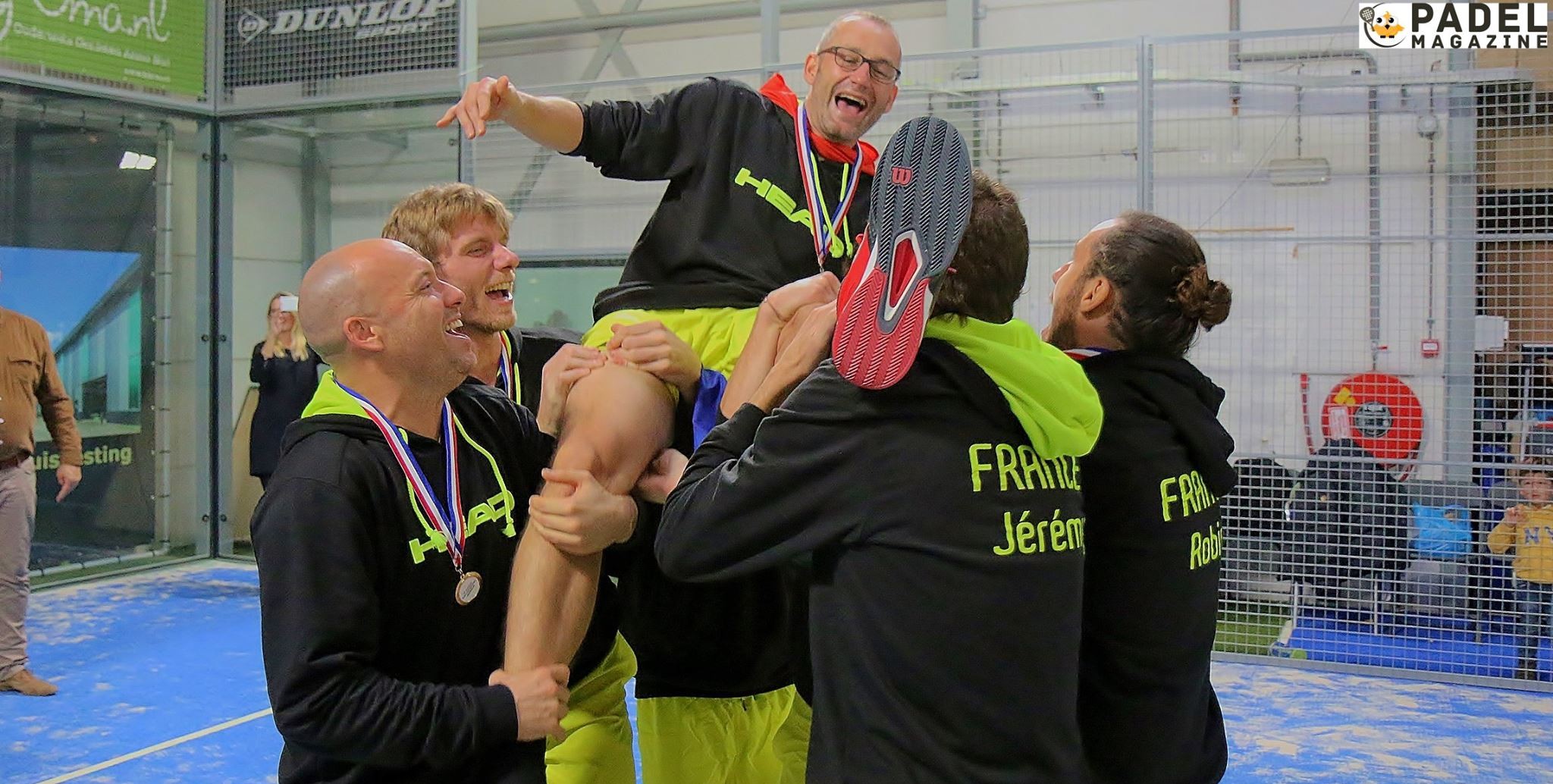 What a week ! Which game ! Which sport !

In the men's event, France won the European team paddle title in the Netherlands, while the girls won the title of European team vice-champion.

France has become one of the key countries of padel world. If the Spanish-speaking countries are still far ahead of us, France is in ambush, just behind and she proved it all this week (2 at 6 December).

The Padel Club La Playa, in the Netherlands, hosted the European padel championships with the main European paddle nations, but with the notable absence of Spain, grand master of the place.

France has been above the fray for the whole week. Armed to the teeth with the French champions Scatena / Haziza but also Carité / Salles, Ferrandez / Desliens and the luxury substitute Simon Boissé, France had come to win.

Against the host country, the Netherlands in the quarter-finals, everything could have turned when Alexis Salles, captain of the France team, and partner of Cédric Carité, was injured on a harmless ball. The game stopped for a long time. At first we thought of a possible loss of the French team. But fortunately more fear than harm and France won its quarter.

Against Belgium, France went to 4 points of defeat. It will take a mind of steel Jeremy Scatena and Robin Haziza to bring the point of equalization to a match everywhere and thus offer the pair Carity / Salles the opportunity to finish the job that she did with plume in 2 small sets. (6 / 4 6 / 2) For all observers, it was " the finale before the time And France almost passed. But French pairs are hard to hurt.

In the final, Sweden was undeniably below France. To ensure his victory, France posted in 1er match, the 3e French pair Ferrandez / Desliens against the Swedish pair 1. The goal was to secure the next two games with our first two French pairs. This strategy works perfectly and allows the team of France to come back with the cup.

For women, the French team does not have to blush on its course. With 3 pairs particularly consistent with Clergue / Casanova, Sorel / Godard, Meites / Lambregts and Monika Blankson in replacement, the team led a magnificent campaign with beautiful victories against Belgium and the Netherlands.

But in the final, France fell to Portugal, the grandfather favorite in the absence of Spain. In the ranks of Portugal, players were part of the world's top. So there is nothing to regret French side, because they gave everything to allow France to obtain the title of vice-champion of France team.

Never in its history, France had done so well in an international competition. The French have become ambitious and hope to be able to do something in the world planned a priori according to the organizers " end of next year ».