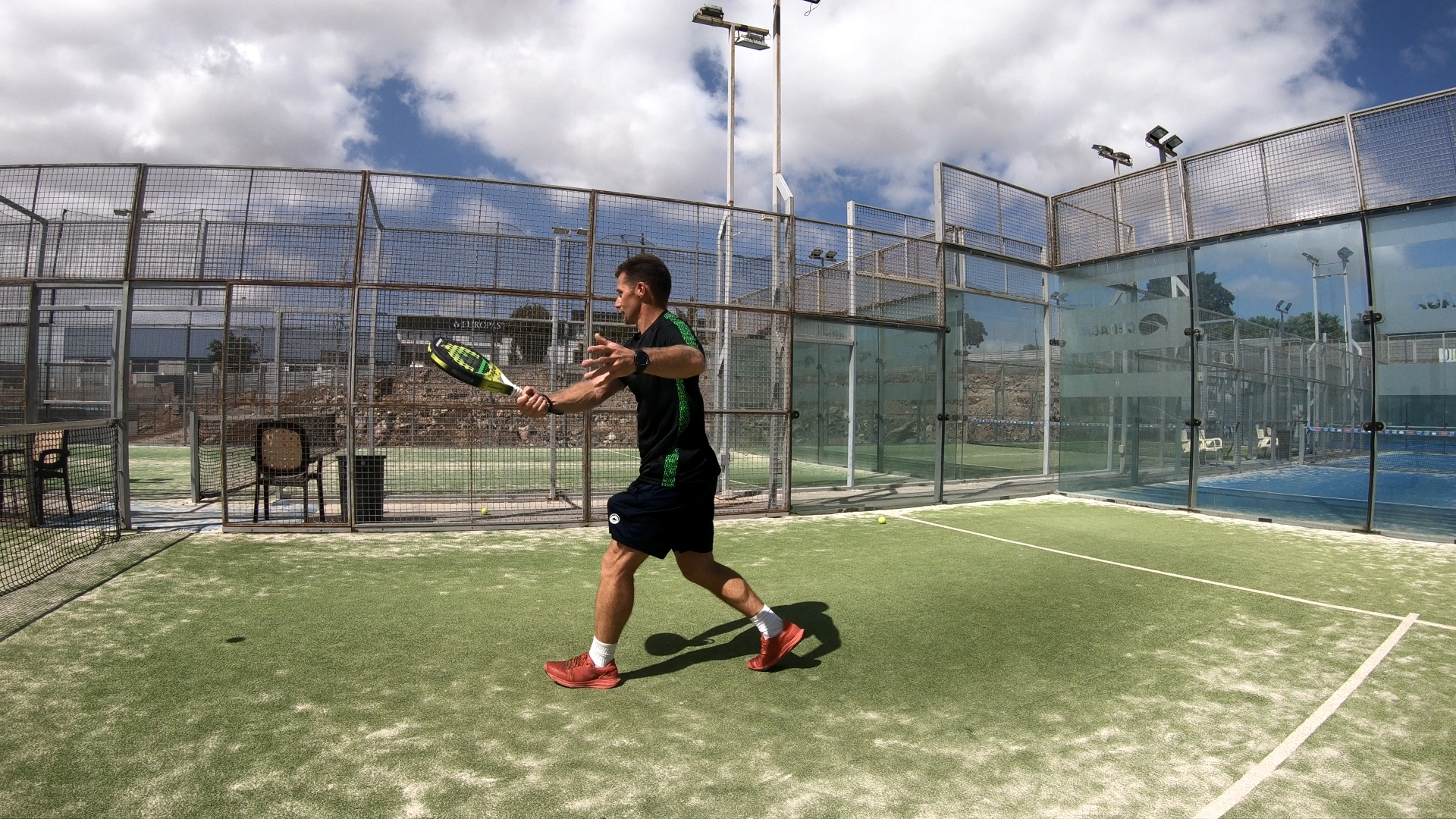 Le padel is a racket sport based on two areas: attack and defense. Let's look at the work of the feet at the net, in the offensive zone.

At the beginner level, we can perfectly content ourselves with staying at the bottom of the track. This allows us to reassure ourselves with the basic moves and especially to have fun with his friends. Little by little, we understand that it is at the net that we control and organize the points. What work do our feet have to do so that our volleys are as effective as possible?

At the net, to have access to all the shots, we need to adopt a basic position, always the same, from which we can play all the attacking shots. It would be best to have your feet shoulder-width apart, facing the player who is going to impact the ball, and on tiptoe in order to have less reaction time.

First let's talk about the volley that we will have to make when our opponents are accelerating the ball and we have no time to prepare.
Two options are available to us: either we make a reflex volley to block the ball, here our feet will act like those of a “Shaolin monk”, well anchored in the ground, to avoid suffering the attack. The other option would be for the opponents' ball to come quickly and we can volley it without necessarily using our feet to go forward. Same technique, the important thing will be to have our feet anchored in the ground to maintain the position and offer one more shot to the opponents.

Both forehand and backhand volleys are made with forward momentum. The rear foot serves as an anchor then the front foot either lands on the ground before or after impact. The volley technique is easily accessible on the various articles that we have already covered.

The most common mistakes

First of all it must be understood that the volley is an attacking blow, so if you take your first step backwards, you will play an offensive blow with the upper part of your body and a defensive blow with the part. lower. This may not work properly and may cause the foul or offer an easy blow to your opponents.

The second error would be putting the front foot on the ground and lifting it immediately to recover the position as quickly as possible. This shot is used a lot in badminton. The front foot is used to regain support and return to the basic position. For us players padel, this action will be counterproductive because it will generate a rough volley that will allow opponents to regain control of the point.

What to do then?

The very first thing to do is to understand that the action of the volley must be forward.

To help you, imagine that your back is stuck to a wall, so you cannot move back. From this idea, we must assume our gesture and not be afraid to touch the ball, because tell yourself that an assumed volley will always be more effective and will give us enough time to replace ourselves than a "touched" volley of type karate or direct boxing blow.
Once the ball is impacted, stay a little longer in this position by sliding your back foot, your shoes are designed for that. Take pleasure in playing this volley and find it beautiful until the ball hits the ground: you will see that the quality of the shot will have nothing to do.

At net, there's no point in being too active; you have to be fair. Some people need more activity than others. It's up to you to work alone, in a team or with an instructor. One thing is certain, is that each attack, slow or fast, that you will land, must be carried out 100%, without any timidity. You are the boss at the net, it's up to you to impose yourself.