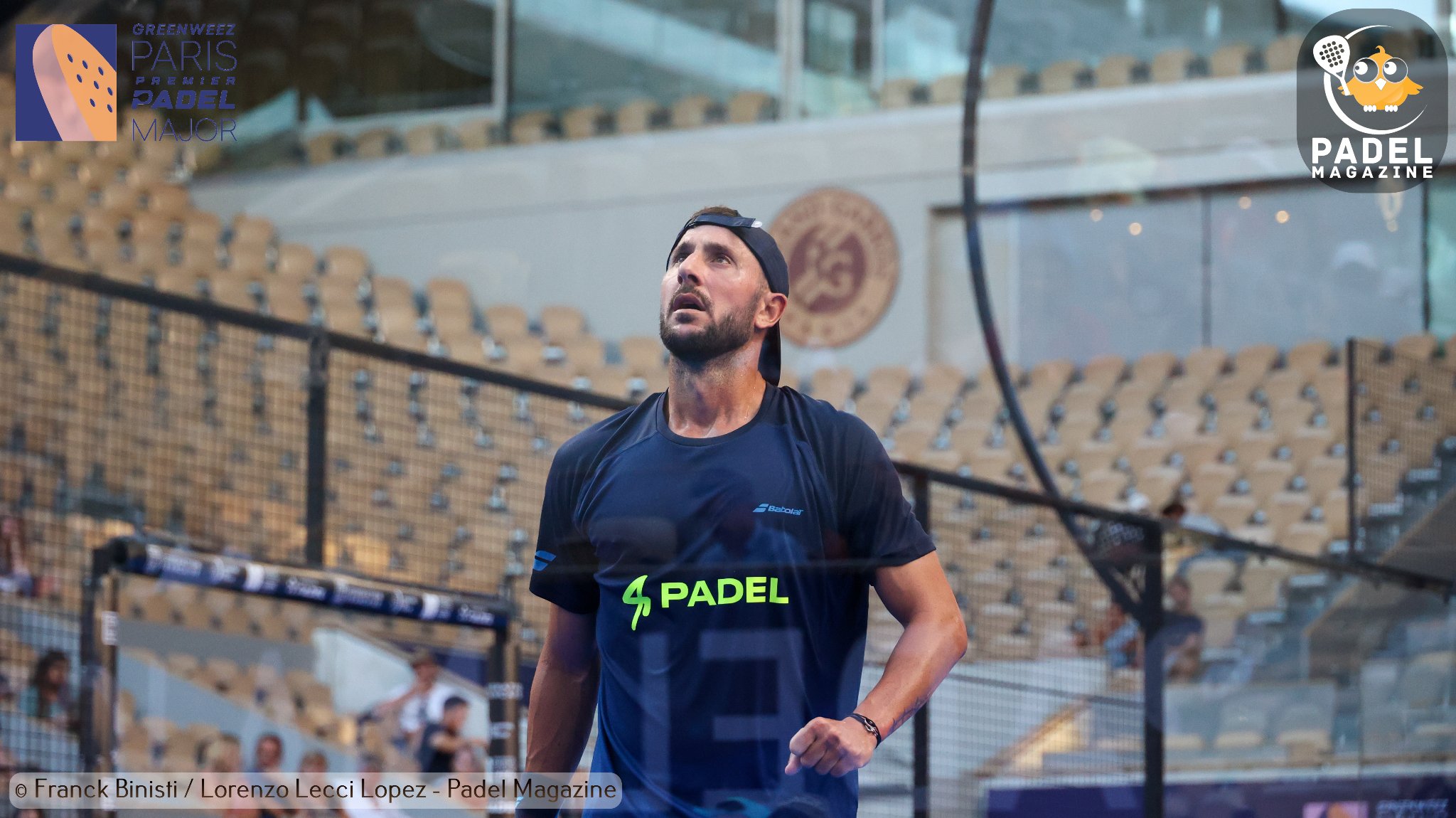 It is Maxime Moreau, always so smiling and friendly, who passed in front of our camera to discuss with us his impressions of this incredible Greenweez Paris Premier Padel Major. The Frenchman also looks back on his career and tells us about his new eating habits.

“I'm obviously very happy to be here, the infrastructure is incredible. I would like to thank the French Tennis Federation for all the work done.

“And besides, this work paid off because on Tuesday during the qualifying phases we could see that the public had come in large numbers to support the French players. On track 3, Manu Vives and Yann Auradou were playing and we can salute the Team of Padel Horizon, come to support them. Very nice atmosphere, people will be able to realize what the padel. This event will attract tennis lovers who will discover the padel so it's gonna be amazing.

“The FFT is doing a great job”

“I think the size padel has really changed since this year, for you media as for us players. If you Padel Magazine and other media weren't there, we wouldn't exist either, so we're very happy. Le padel is becoming more and more professional and we know why we train. You have to be aware of how lucky you are to be here."

"I started in 2016 I believe, final of the regional championship with Laurent Bensadoun against Robin Haziza and Jérémy Scatena. And I remember having qualified for the France team. At first we played padel really amateurish, we played P1000s, P500s and it wasn't even called that at the time. There has also been a lot of work by the French Tennis Federation, which has invested in this sport."

"You have to evolve and become better day by day and be grateful for all these events that you can play thanks to the people who work on them”.

Since his debut we have seen Maxime Moreau vary his positions on the track. Initially a right-wing player, he gradually switched to the other half of his camp to become a 100% left-wing player today. However it is true that it sometimes happens to see certain pairs change during a meeting or even to switch position on the track. Could he do the same soon?

“Yes later it is very likely that I will play on the right again, it is in the continuity of things for sure. Nevertheless currently I feel good on the left, I take a lot of pleasure and I get along perfectly with my teammates on the right. Today I have no reason to play on the right”.

“I had to update myself on my diet”

We have seen it, the padel is becoming more and more professional and players are forced to adopt more and more of an irreproachable lifestyle in order to achieve their goals. What about the current French number 5?

“I have been followed by a naturopath for a few months. I had to catch up because I wasn't eating very well at the time. Now I feel better physically, I lost weight.
Our body is like a car, if you don't give it the right foods it doesn't work. Sometimes it's a bit complicated in tournaments because we don't have all the best foods to eat, but it's essential for the mind, injuries and daily life”.

“Regarding matches yes I think it's always very important to take something, you often see it during tennis matches or padel. Players regularly eat bars, fruit or special drinks. If they do, it must be good”.

To see this video in full, just click below.