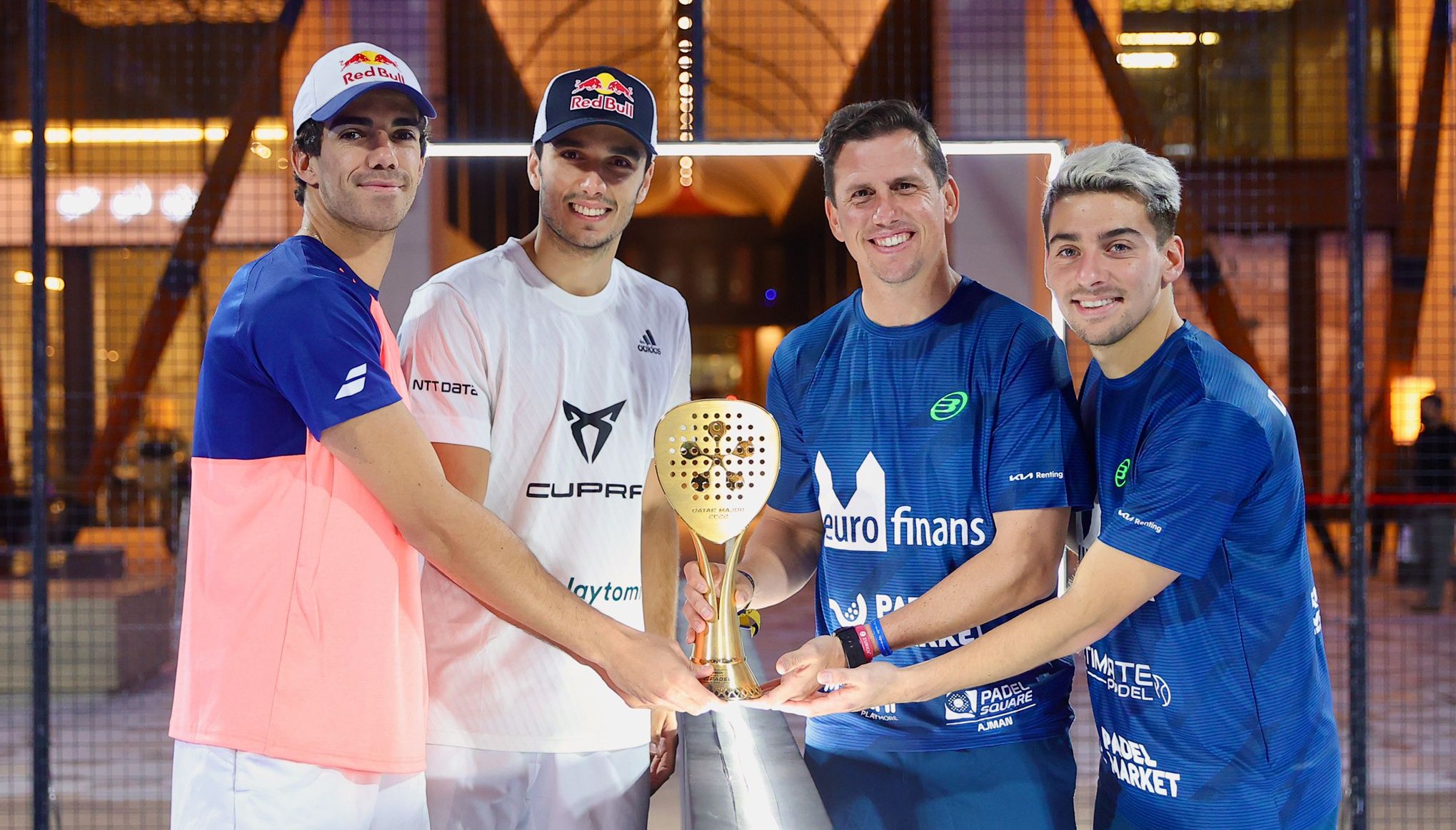 Tonight, from 19:00 p.m., it is the two best ranked pairs that will will meet in the final of Premier Padel Madrid P1.

Facing Lima and Stupaczuk, Paquito Navarro and Martin Di Nenno, a little inside for a few weeks, seemed to find everything that allowed them to establish themselves as the second pair in the world. With an aggressive Paquito and an impeccable Martin in his role as metronome, Rodri Ovide's players were able to afford another victory in two sets.

On the other side, Lebron and Galan, as in the quarter-final against Chingotto / Tello, were forced to whip to come back after losing the first round. Once again, the numbers 1 have proven that they know how to suffer and that they never admit defeat. If they should probably be a little more tired than their opponents this evening, they will still be the favorites of the meeting on paper.

Winners of two previous Majors (Rome and Roland-Garros), Mariano Amat's players will try to win this fine match against Navarro and Di Nenno, who beat them in the final in Qatar!

Who will win tonight in the Spanish capital? To your predictions!